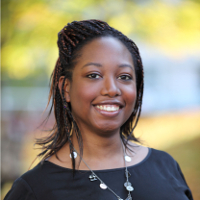 Our next guest contributor is Toni Haastrup. Toni is Lecturer in International Security and a Deputy Director of the Global Europe Centre at the University of Kent. Her current research focuses on: the gendered dynamics of institutional transformation within regional security institutions especially in Europe and Africa; feminist approaches to IR; and the politics of knowledge production about the subaltern. She is author of Charting Transformation through Security: Contemporary EU-Africa Relations (Palgrave Macmillan, 2013) and coeditor, with Yong-Soo Eun, of Regionalizing Global Crises (Palgrave Macmillan, 2014).

One key aspect of the EU referendum debate has been the rise of competing narratives about Britain’s role in the world inside and outside of the EU. On the Brexit side, campaigners argue that escaping the EU would revive Britain’s standing, allowing it to reconfigure relations with Europe, strengthen existing non-European partnerships, and forge new ones. These claims rest on a series of self-delusions about Britain’s capacity to unilaterally set the terms of its international partnerships. Brexiteers willfully ignore those prospective partners who say that a post-Brexit UK would be a less attractive partner. Their narrative seems to rest more on imperial delusions than solid ground – and it is hardly a narrative appropriate for a truly democratic, internationalist country.

A Part of Europe, Apart from the EU: What is Possible?

Pro-Brexit campaigners often suggest that if the UK were to leave the EU, it could fashion a new kind of relationship with Europe similar to the one Norway enjoys. Norway is viewed as a country that has maintained its sovereignty while remaining a close partner of the EU.

But of course, Norway is different. It is a thriving smaller country that is dependent on oil reserves that are much larger than the UK’s. Further, Norway negotiated a very specific entry into the European Economic Association (EEA) and the European Free Trade Association (EFTA). If the UK was to depart, a relationship with the rest of western Europe especially in the context of EFTA is possible, but it is not automatic. Further, a relationship between the UK and other countries that currently exists only in the context of a regional EU relationship will have to be renegotiated, with no guarantee that the UK will indeed be better off outside the EU.

Those in favour of staying within the EU, or Bremain, thus rightly question this narrative as one that is based on uncertainty and the UK’s self-imagining, rather than the realities of the international environment. The idea that Britain would regain its sovereignty way from the EU is a myth whose consequence even the Norwegians warn against.

Switzerland is another suggested model. But Switzerland is compelled to adopt and conform to EU rules without being party to making most of them. Switzerland and Norway may have certain aspirations within the EU’s political universe, but they are excluded from its decision-making core and are not on the same playing field as EU member states.

This Bremain counter-narrative may seem to prove the Brexit narrative that the EU is undemocratic and imposing. Of course, there are patterns to EU behavior that do not seem consistent to popular or responsive democracy. In recent times, the EU is discursively constructed as autocratic, as evidenced by the Greek economic crisis. But even then, decisions taken prior to and during the crisis came from an informal grouping of representatives of democratically elected governments in Euro member states. In that context, the UK conveniently did not speak against the decisions being taken.

So, while the system might be flawed (and it is), it is not completely undemocratic. Many of the myths around the EU peddled during the UK’s EU referendum campaign is due to the externalization of the EU. Here, the EU is viewed as separate entity to the core its members. This particular myth seems to be very rooted in British psyche around its relationship to the rest of (Western) Europe.

Against this myth-making, it is essential to decentre the UK, temporarily, to understand what would actually happen to the UK outside of the EU. That means looking at what other countries think of Britain and its value to them if it left the EU.

Narratives of the UK’s International Actorness

The debate so far on Britain’s fate inside or outside the EU has been narrowly Eurocentric and reflects remnants of colonial arrogance. In the long run, this will be damaging to the UK’s aspirations in the world whether it stays or leaves, because it highlights the UK’s self-indulgence in the international arena and depletes Britain’s legitimacy, especially among poorer countries.

The Brexit campaign suggests that the UK will gain international influence and flexibility if it leaves the EU. Being in the EU, so the argument goes, has constrained the UK’s ability to make new international friends and maintain old ones.

But for this argument to work, it’s necessary that new non-EU partners would want to work with Britain. Given the UK- and Euro-centric nature of the debate, that remains to be proven.

Let’s look first at the claim that Brexit would strengthen transatlantic relations, especially with the US. The Bremain side here has the dominant narrative, maintaining that leaving the EU will negatively impact transatlantic relations, even the UK-US special relationship. This has been the argument President Obama and other US political elites have made in their interventions.

Those favouring Brexit derided his plea to the UK electorate and elites as another instance of US overreach. But this merely underscores their self-indulgence. Apparently it is for the UK alone to determine what the consequences of Brexit would be for Britain’s international partnerships – not the states forming the other sides of those partnerships. Drawing attention to the US’s shortcomings may distract attention from Obama’s warnings, but it is surely disingenuous and dangerous to ignore what prospective partners are saying about the value of their relations with Britain should Brexit triumph.

A second narrative promoted by the Brexit campaign has been a sentimental, almost recidivist idea that the relationship between the UK and Commonwealth i.e. former UK colonies, will be reinvigorated by the departure from the EU, with the UK, of course, leading. In this narrative, the Commonwealth – or in some versions, ‘the Anglosphere’ – provides an alternative to the EU in terms of trade, cultural diplomacy and even immigration. For example, Nigel Farage argues that immigration from other EU member states into the UK has negatively impacted the immigration potential of those outside the EU, implying an opportunity to rebalance migration patterns towards non-EU citizens.

Again, this narrative naively assumes that Britain would receive an open-arms welcome from all of the ‘Anglosphere’. But this narrative also draws on the UK’s imperialist credentials, the antithesis of what a thriving democracy should aspire to as it reconfigures itself in contemporary international relations.

The ‘British Commonwealth’ either denotes the formal institutional structure that represents a group of 53 states, including the UK, or is used as a simple descriptor for former British colonies and dominions. These countries span Africa, Asia, the Caribbean and Americas, Europe and the Pacific. Many of them are very poor. While they all share the burden of having been colonised by the UK, the ‘Commonwealth’ is mainly an imagined community. It is a construct that is predicated on the historical, unequal connection to the UK.

While the Commonwealth claims a voluntary association of equals, the truth is very different. The Commonwealth has served to reproduce hierarchies of citizenships wherein countries like Australia, Canada and New Zealand have enjoyed a privileged relationship with the UK. It is not a coincidence that these are the countries where white British citizens historically and in contemporary times remain most dispersed. Even countries like Malta and Cyprus have benefitted more from their status in the EU than membership is the Commonwealth vis-à-vis their relationship with the UK. Moreover, for poorer Commonwealth members, it is precisely the UK’s access into the EU that makes the humiliation of a reinforced hierarchy bearable. Why should the majority of the Commonwealth buy into a new, wholly unsuitable reality?

Furthermore, the revival of Commonwealth/ Anglosphere narratives is an ethically poor option for a UK that is supposedly committed to democratic internationalism. It does nothing more than embolden an imperialist project without armies, further entrenching global and highly racialised hierarchies among states. The idea that this would be welcomed by the Commonwealth is ludicrous. Those promoting Brexit have, of course, done most to fuel xenophobia and racism, including against those from the Commonwealth diaspora. How can they now pose as favouring more Commonwealth immigration or expect Commonwealth states to warmly embrace a post-Brexit Britain?

In fact, Commonwealth countries have repeatedly declined to support Brexit. Australia has been adamant that a UK exit from the EU will not endear the UK down under. Canada, too, has made its position clear: the Commonwealth nirvana narrative is unwise. Beyond the wealthier members of this association, there is a feeling that the Commonwealth is being used by Brexiters as a pawn. Surely this is not good for the UK’s internationalist ambition if it does not listen to the Commonwealth’s disavowal of the way it is being framed in opposition to the EU.

What is needed is not a retreat into imperialist dreams but a reevaluation of what the Commonwealth ought to be. A partnership with countries that happen to be former colonies should be welcome – but not so they are used as pawns or to reinforce historical global hierarchies.

For all its own internal and external failings the EU as an entity of 28 states has helped and can continue to help mediate a form of structural violence that has allowed the UK to remain an empire, albeit one that now discursively constructs itself as benevolent, using language like ‘partnerships’. Granted, a reformed EU is necessary; but a Britain in this reformed EU remains a priority for the UK’s internationalist vision – not a Brexit.

So it seems there are two options, only one reasonable or viable. The first is to leave the EU based on a series of problematic assumptions, half-truths and outright lies about what awaits the UK outside Europe. This option steadfastly ignores the voices of those in the international community it says it wants a stronger relationship with. And it ignores and silences the fact that the UK has been an integral part of the good, the bad and the ugly sides of the EU. Through populist rhetoric, it has externalised the EU from the UK’s own evolution as an international actor, refusing to take their share of responsibility for the EU’s own shortcomings.

The second, better, more ethical option is to stay and do better. It is to seek more partnerships that are consistent with the type of country the UK says it wants to be at home and abroad. That may require a new settlement within the EU, perhaps going further than what the prime minister has gained so far – but it must be beneficial for all concerned. This second option also affords the UK the opportunity to reflect on its imperial past, its own flaws as a member of the EU, and its position in the international community at large. Change, they say, takes time and can undoubtedly be frustrating. But running away on the basis of falsehoods should not be an option.