The Yugoslawomen+ Collective is a group of six female scholars (Dženeta Karabegović, Slađana Lazić, Vjosa Musliu, Julija Sardelić, Elena B. Stavrevska, Jelena Obradović Wochnik) of and from the post-Yugoslav space, currently working in Global North academia. The Collective has been brought together through frustration with the pattern in the struggles over knowledge production we have all experienced and the love for knowledge, education, and the region we have called ‘home’.

END_OF_DOCUMENT_TOKEN_TO_BE_REPLACED

Mirna Šolić currently lives in Glasgow and teaches Comparative Literature at the University of Glasgow. She studied in Zagreb (B.A. Hons.) and Toronto (M.A.; Ph.D.). During the last twenty years she has lived and worked in a number of places, including Canada, Croatia, Czech Republic, Scotland, and Slovakia (in alphabetical order). At this point she feels settled in Scotland and wonders what comes next.

END_OF_DOCUMENT_TOKEN_TO_BE_REPLACED

Saida Hodžić is Associate Professor of Anthropology and Feminist, Gender and Sexuality Studies at Cornell University. Her book, The Twilight of Cutting: African Activism and Life after NGOs (University of California Press, 2017) has won the Michelle Rosaldo Book Prize by the Association for Feminist Anthropology and the Amaury Talbot Book Prize for African Anthropology. She is currently working on two book manuscripts, Affective Encounters: Humanitarian Afterlives of War and Violence and For Whom is Africa Rising? Unsettling Transnational Feminism. In non-COVID summers, she studies post-war industrial toxicity and civic environmental activism in Bosnia.

END_OF_DOCUMENT_TOKEN_TO_BE_REPLACED

Mitja Velikonja is Professor of Cultural Studies, head of Center for Cultural and Religious Studies at University of Ljubljana, Slovenia. Dr. Velikonja’s main areas of research include Central-European and Balkan political ideologies, subcultures and graffiti culture, collective memory and post-socialist nostalgia. His most recent publication is Post-Socialist Political Graffiti in the Balkans and Central Europe (Routledge, 2020).  His contribution to the symposium is a webinar he gave earlier this year at the European Studies Council at the MacMillan Center, Yale University, where he was Visiting Professor.

END_OF_DOCUMENT_TOKEN_TO_BE_REPLACED 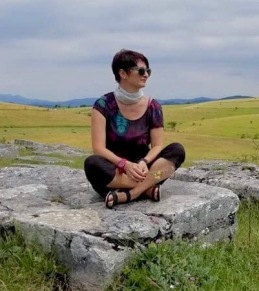 Native of Sarajevo, Amila Buturović is Professor of Humanities and Religious Studies at York University in Toronto, Canada. Her research interests span the intersections of religion and culture in the context of premodern Islamic societies, with a focus on Bosnia and the Balkans. She is the author of Stone Speaker: Medieval Tombstones, Landscape, and Bosnian Identity in the Poetry of Mak Dizdar (2002), translated into Bosnian/Croatian as Kameni govornik: stećci, prostor i identitet u poeziji Maka Dizdara (2019); co-editor with I. C. Schick of Women in the Ottoman Balkans (2007), translated into Turkish as Osmanlı Döneminde Balkan Kadınlar (2009); guest editor of Descant: Bosnia and Herzegovina, between Loss and Recovery (2012); and author of Carved in Stone, Etched in Memory: Death, Tombstones and Commemoration in Bosnian Islam (2016). She is currently working on a study about health culture tentatively entitled Herbs, Stars, Amulets: Cross-confessional Health and Healing in Ottoman Bosnia.

END_OF_DOCUMENT_TOKEN_TO_BE_REPLACED 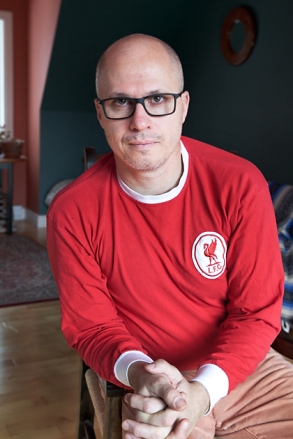 Aleksandar Hemon is Professor in Creative Writing at Princeton University. Born and raised in Sarajevo, Bosnia and Herzegovina, he ended up in the United States in 1992, as the war in Bosnia and the siege of Sarajevo began. He is the author of award-winning work in fiction, non-fiction, journalism, and screenplays, including the novel The Lazarus Project, which was a finalist for the 2008 National Book Award and National Book Critics Circle Award. He has published three collections of short stories: The Question of Bruno; Nowhere Man, which was also a finalist for the National Book Critics Circle Award; and Love and Obstacles. He published the novel The Making of Zombie Wars in 2015, and worked as a writer on the hit Netflix show Sense8. He co-wrote the script for The Matrix 4, currently in production. He has also published non-fiction, including his 2013 memoir The Book of My Lives and, in 2019, My Parents: An  Introduction/This Does Not Belong to You, as well as pieces in The New Yorker, Esquire, The New York Times, The Paris Review, and BH Dani. He was awarded a Guggenheim Fellowship in 2003 and a “Genius Grant” from the MacArthur Foundation in 2004. He lives in Princeton, NJ with his wife and daughters.

END_OF_DOCUMENT_TOKEN_TO_BE_REPLACED

Our work, whether individually or collectively, is licensed under a Creative Commons Attribution-NonCommercial-ShareAlike 3.0 Unported License.
The Disorder Of Things
Blog at WordPress.com.
%d bloggers like this: