This post is part of a Disorder forum on the EU referendum. Click here for the forum introduction with the links to the other posts.

Our next guest authors are Ana E. Juncos and Gilberto Algar-Faria, both from the University of Bristol.

Ana is the co-ordinator and team leader of EU-CIVCAP, a project on improving EU capabilities for peacebuilding funded by the EU’s Horizon 2020 programme. She is also Lecturer in European Politics at Bristol’s School of Sociology, Politics and International Studies (SPAIS). Her research focuses on European foreign and security policy, particularly the EU’s role in conflict prevention and resolution and crisis management. She is author of EU Foreign and Security Policy in Bosnia (Manchester University Press, 2013) and co-editor, with Eva Gross, of EU Conﬂict Prevention and Crisis Management (Routledge, 2011).

Gilberto is the Project Officer and Senior Research Associate for EU-CIVCAP, where he is also a PhD Candidate in SPAIS. His doctoral research, which combines fieldwork in Sri Lanka with critical theory, centres around the liberal peace project, society and the state. Gilberto holds BA and MSc degrees from the University of Leeds and Durham University, respectively. He has held visiting appointments at the University of Sydney (2014), the University of Auckland (2015) and Harvard University (2016). His latest publication is a chapter entitled “Terrorism and Ethics” in the edited textbook Terrorism and Political Violence (SAGE, 2015).

Debates between the Bremain and Brexit campaigners have primarily focused on issues of immigration. However, most of these discussions tend to forget that the UK’s ability to manage refugee flows is inextricably linked to its ability to deal with international conflicts. The obsession on both sides of this argument with the UK’s ability to treat the symptom rather than the cause of migrant flows obscures the need to understand and address the conflicts creating these migrant flows. On this point, the jury is still out on whether Brexit might undermine the UK’s role in security affairs or, by extension, that of the EU. But this point is vitally important to consider if we are to ever locate long-term sustainable solutions to these challenges. 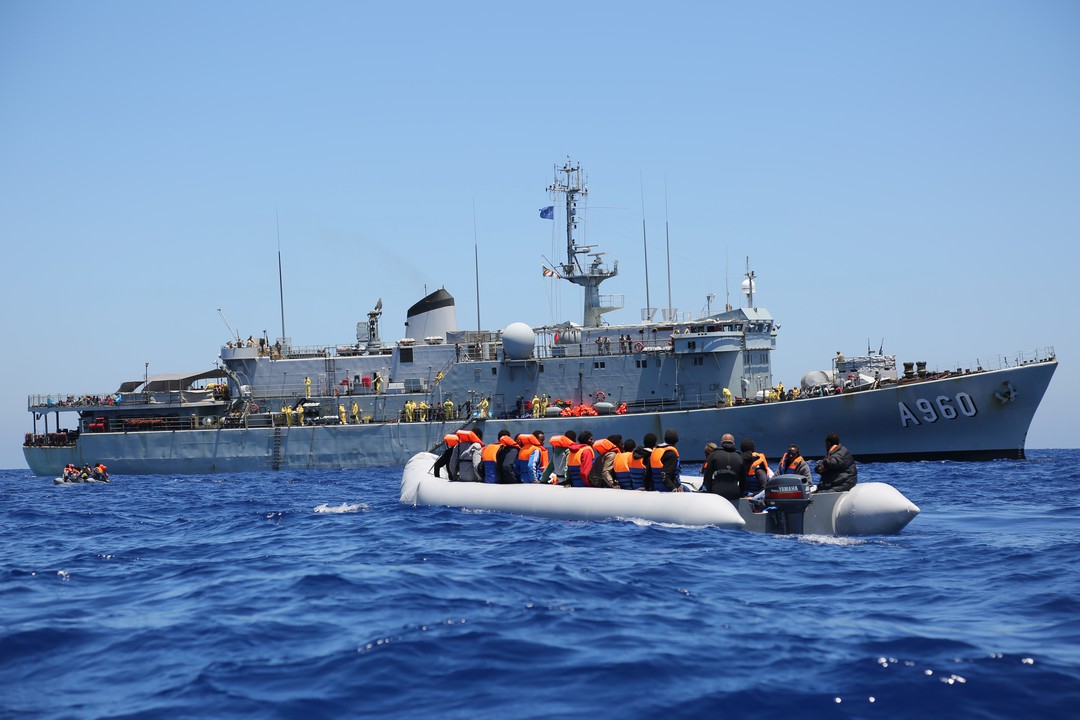 While some analysts have argued that the UK might actually increase its influence worldwide in the event of an exit from the EU, most observers suggest either that it will not have a substantial impact or that it will actually limit the UK’s aspirations to play a global role. For instance, Anand Menon has recently argued that Brexit will not damage the UK’s military standing. His argument is based on the historical observation that France’s exit from NATO’s integrated military command structures did terminate cooperation between France and NATO, nor did it make France an unreliable partner for the West. However, this argument presumes that France withdrawing from NATO’s command structures is equivalent to the UK leaving the EU. This is not the case: the two are qualitatively different. Brexit would amount to a complete withdrawal from the EU, rather than just from one of its institutions or policies—something the UK presently does regularly anyway whilst retaining its EU membership. The UK has already ‘withdrawn’ from several EU policies (the Schengen Area and the Eurozone, for example), while still cooperating in other areas. Leaving the EU would make cooperation on security issues more difficult, increasing distrust vis-à-vis the UK and its commitment to European security.

France remained outside of NATO’s integrated command structures for four decades before deciding to rejoin in 2009. Charles de Gaulle’s decision to withdraw in 1966 was premised on the strength of the Western Alliance and, in particular, of US military power. In essence, he believed that a French withdrawal would not affect the credibility of NATO. Is the same true in the case of the UK leaving the EU? Most probably not: the integrity of the EU’s foreign and security policy would likely be severely hindered, for one. Moreover, Brexit would only render the EU less capable to deal with the very same aforementioned problems that the UK wants to run from: the migrant crisis and the failing Eurozone. Therefore, and more importantly, we must ask another question: could the UK afford the negative impact that its departure would have on stability in Europe? Given recent events in Eastern Europe and North Africa, the EU is already facing questions about its ability to deter and manage security threats. If the UK runs away from these challenges by leaving the EU, it will only compound them.

It is true that Brexit will not preclude the UK joining future EU military and civilian crisis management missions. However, it would participate in such ventures merely as a third party, with no say whatsoever with regard to the shape or the mandate of these missions. As far as other – but no less important – ‘softer’ mechanisms for dealing with crises are concerned (development aid, trade, mediation and other conflict prevention and peacebuilding tools, for example), Brexit would also damage the UK’s ability to deal with conflict. The UK’s withdrawal would prevent British foreign policy from being fully informed by the combined resources of the EU and its member states which, combined, one often forgets, constitute the largest single economic power in the world.

While politically and symbolically, Brexit is likely to have a negative impact on the EU’s ability to deal with conflict, we should not overestimate the UK’s actual contribution to the Common Security and Defence Policy (CSDP). Even though Britain is one of the few EU member states that fulfils the spending target of 2% of GDP for defence spending, it has underperformed in the CSDP relative to its actual capabilities. Despite its military prowess amongst EU member-states, it has been sixth in terms of troop deployments on military missions and seventh in civilian missions. If one excludes Operation Atalanta (which continues off the coast of Somalia, very much serving the UK’s commercial and political interests), then the UK’s contribution to CSDP seems even less substantial. Of course, this has a lot to do with the UK’s suspicion of the CSDP as a political project, which has led in recent times to a de facto semi-Brexit, as Karen E. Smith calls it. The British Government’s ideological reluctance and its fear of being seen by the British public as supporting the creation of a European army also explains its continual vetoing of an EU standing military.

Hence, while Brexit might harm UK security interests, by removing a major veto player it could actually improve security integration among the remaining EU member-states, political will permitting. We might possibly see the creation of a permanent EU military headquarters, the strengthening of the role of the European Defence Agency, and even the acceptance of a more meaningful interpretation of the mutual defence clause. Yet, political commitment continues to be the key to unlock these dilemmas, and it is also possible that once the UK is gone, other member states that were using the UK’s veto as a convenient excuse will then emerge as potential brakes on further development of the CSDP.

A lot is at stake in the debate about Brexit and its impact on the abilities of the UK and the EU alike to deal with conflict. Those who focus on immigration and refugees alone would be well advised to start thinking more broadly.

4 thoughts on “EU Referendum: Brexit and its Impact on European Security – the ins and outs”