The fourth post in our symposium on Brenna Bhandar’s Colonial Lives of Property comes from The Disorder of Thing’s very own Kerem.

In the last few years, I have become increasingly interested in the ways race and racism are being reconfigured in the UK and ‘the West’ more broadly, not least in light of the War on Terror, the referendum on Britain’s EU membership and the election of Donald Trump.[1]  Prompted by the conversations in organising, academic and online spaces (as well as outside of those spaces, where the real conversation happens), I have also become increasingly concerned with the ways in which activists, academics and commentators have attempted to comprehend and describe the politics of race and racism in the UK. Although the wearisome hegemony of liberalism has long marginalised radical theorisations and activisms against racism in favour of diversity, inclusion and multiculturalism, more recent discussions of race and racism have taken on a new cadence wherein ‘debates on race and class have descended from inadequate to toxic’.

One side of this debate argues that race and racism is a false consciousness which obscures if not hinders the necessity of political work centred on class oppression. Softer versions of this argument tend to portray any racialized grievance as secondary to class, whereas harder versions have sought to defend the cultural integrity of an imagined ‘white working class’ from the dual threats of racialized Others and ‘political correctness’.[2] On the other side of the debate is an increasingly popular form of antiracist politics which prioritises the category of race through fixed and hermetically defined cultural differences that are reducible to the experiences of any given individual. Softer versions of this argument have sought minority recognition and representation from historically hostile institutions; harder versions have rejected any possibility of reconciliation and have advocated political work that corrects problematic behaviours and attitudes in racially defined, discrete and coherent ‘communities’ (often inadvertently centring the agency of white and ‘white proximate’ people in doing so).[3]

END_OF_DOCUMENT_TOKEN_TO_BE_REPLACED

In this month’s podcast I’m joined Dalia Gebrial from Rhodes Must Fall Oxford and two stalwarts of TDOT, Meera and Robbie, to discuss ‘Decolonising the Academy’. We take a look at the Rhodes Must Fall campaign and its implications for understanding the relationship between higher education, coloniality and ‘race’. We also ask why is my curriculum white?  What can be done change the way in which knowledge is produced and taught in universities? Finally, we explore how decolonising the academy might relate to anti-colonial and anti-racist struggles taking place outside of the university.

Listen via iTunes or through the Soundcloud player below.

END_OF_DOCUMENT_TOKEN_TO_BE_REPLACED

In this month’s podcast, I’m joined by Kamran Matin and Fred Weber to discuss recent events in Turkey. We cover the apparent sea change in the AKP’s foreign and domestic policy in the aftermath of the 7th June elections. We also unravel the intricacies of Kurdish politics and examine the contradictory interests of NATO. In short, we ask: what the hell is going on in Turkey and what are the implications of Turkey’s actions for the geopolitics of the Middle East?

If you have any thoughts, comments or criticisms on this cast, please do comment below the line. And follow us on Soundcloud!

END_OF_DOCUMENT_TOKEN_TO_BE_REPLACED 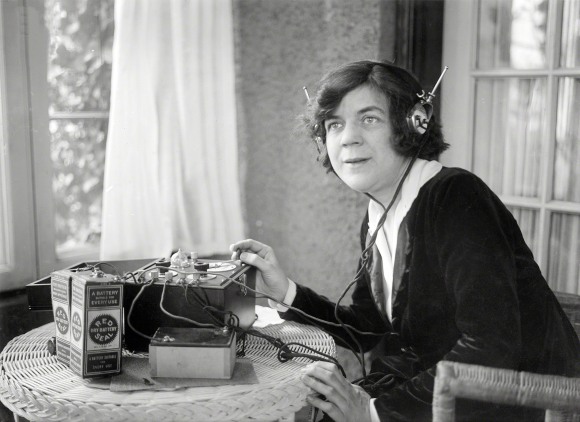 Broadcasting from the bowels of disorder, The Dissonance of Things is a new monthly podcast bringing you interviews, discussions and programmes on international relations, political theory, radical and subaltern politics, cultural analysis, and the academy (ivory and otherwise). Casts will be collected for your convenience in a dedicated page (see the menu bar above), or under this category.

In this inaugural cast, Meera, Nivi, Pablo and Maia Pal (who you may remember from this guest post) join host Kerem to discuss sexism in academia – from the everyday to the institutional – and what can be done about it. Building on a number of disciplinary and extra-disciplinary interventions (from the ‘everyday sexism’ panel at ISA 2015 to the global surge of interest in our colleague Saara Särmä’s ‘All Male Panels’ tumblr), we hope this forms part of the ongoing discussion on sexism in academia. So please do carry on the conversation in the comments section below. We promise to read below the line (offenders will be disemvowelled).


Further reading, including articles and websites mentioned in the cast:

Alexander Anievas and TDOT resident Kerem Nişancıoğlu introduce their new book How The West Came to Rule: The Geopolitical Origins of Capitalism.

‘For the last two decades, challenges to the inequalities and injustices of capitalism have been casually dismissed by a status quo swimming in hubris. From Margaret Thatcher’s infamous proclamation that ‘there is no alternative’ to Francis Fukuyama’s declaration of the ‘end of history’, the study and critique of capitalism has been relegated to margins of public discourse. More recently, Mark Hunter argued that any attack on capitalism is ‘an attack on human nature’, thereby reaffirming the now centuries-old conceit that capitalism is as ‘natural and organic’ as living and breathing.

However, as stock markets came crashing down in 2008, the force of history reasserted itself in a series of revolutions, square occupations, anti-austerity protests, strikes, riots, and anti-state movements taking place from London to Ferguson, Athens, Cairo, Istanbul, Rojava, Santiago and beyond. Such movements have torn at the certainties of ‘capitalist realism’ and started sporadically – if inconsistently – challenging such long-held ‘common sense’ truisms and the power structures that bolster them. 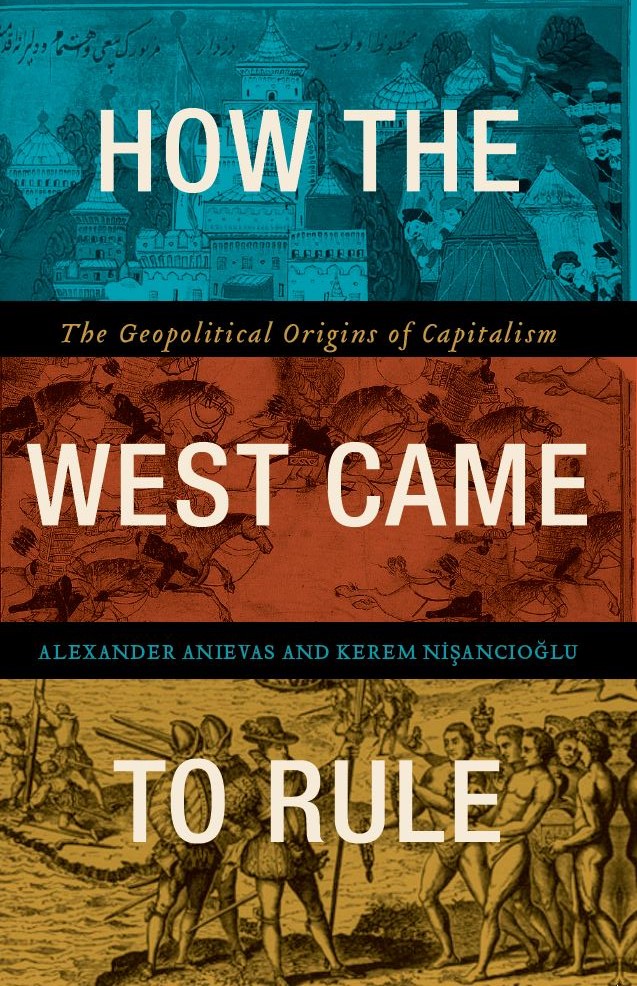 END_OF_DOCUMENT_TOKEN_TO_BE_REPLACED

Following the Radical Left Assembly #2 last weekend, Nivi and Kerem caught up with Luke Cooper to discuss the implications of the Conservative Party majority for British politics. What does the election result tell us about the political composition of Britain? What is the significance of the Tory pledge for a referendum on the EU? And what future is there for a politics of the Left?

The Kurdish town of Kobanê has recently become the centre of a geopolitical conflagration that may well change the course of Middle Eastern politics. After months of silence over the threat faced by Kurds from ISIS, the world is now finally watching, even if the ‘international community’ remains conspicuously quiet. However, many Western responses, be it from scholars, journos or activists, have somewhat predictably retracted into recycled critiques of US and UK imperialism, often at the expense of missing what is truly exceptional and noteworthy in recent developments. So, in the style of contemporary leftist listicles, here are four things we can and should learn from events in and around Kobanê.

1. It’s Time to Question the West’s Fixation on ISIS

If Barack Obama, David Cameron and Recep Tayyip Erdogan are to be believed, the ‘savagery’ of ‘fundamentalism’ is the primary focus of NATO involvement in Syria. Notably, many left critics have reproduced this very same fixation on ISIS when discussing Western interests. However, for an almighty imperialist organisation supposedly hell bent on stopping ‘Islamic extremism’, NATO have been curiously ineffective. In fact, the US has been indirectly responsible for arming ISIS and altogether incompetent and/or reluctant in arming the decidedly secular Kurdish resistance. US and UK air strikes have been fleeting, and at best symbolic, making little impact on the advance of ISIS. Moreover, Turkey has repeatedly turned a blind eye to ISIS’s use of its territories and borders for training activities and supply lines, respectively. More recently, as Kobanê teetered on the edge of conquest, Turkey insisted any military assistance was dependent on the Kurdish PYD abandoning self-determination and self-governing cantons, and agreeing to Turkish buffer zone in Kurdish controlled areas in Northern Syria (which amounts to little more than a colonial land grab). Now, considering the US and UK were keen to intervene long before ISIS was seen as a threat, and considering Turkey long-standing hostility to the PKK/PYD, we should be more demanding of any analysis of intervention that begins and ends with ISIS. In short, it is becoming increasingly clear that ISIS is little more than a pretext for NATO to pursue other geopolitical aims – namely removing Assad and destroying Kurdish autonomy.