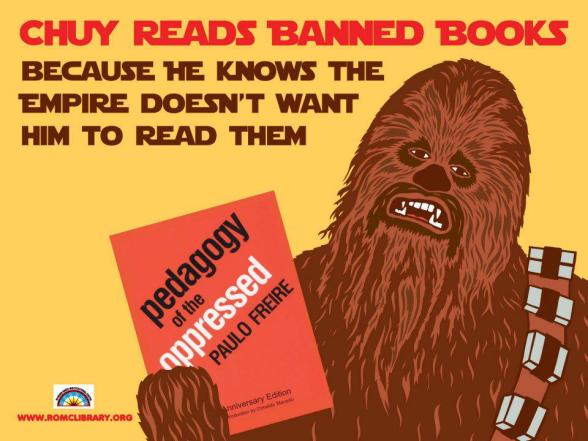 There is something seductive about the idea of critical pedagogies. In an age where the figure of academic is beset on all sides by voracious spectres – the Taxpayer, the Minister, the Entrepreneur, the Curious Public, the Student-Consumer, the Management Consultant – it offers the idea that what happens in the classroom may still matter. More than matter: might in some way emancipate. This promise is perhaps particularly strong in academic International Relations, where those of various ‘marginal’ persuasions might argue that teaching against the grain undoes the destructive commonsense of global politics. That critical pedagogies help us bring back in the human, the ethical, the powerful, those daily experiences shot through with international politics, although our students don’t always see it. Even the titles hint at grand transformation: Pedagogy of the Oppressed!

Don’t get me wrong. I want to be seduced. More than that, I am all too ready to concur with many who also sat on the panel (‘What Do We Teach? How Do We Teach It?: Critical Pedagogies and World Politics’) convened by Meera in San Francisco (they were: Naeem Inayatullah, Laura J. Shepherd, David Blaney, Andrea Paras, Daniel Bendix and Chandra Danielzik). To agree that, since so much mainstream International Relations speaks the discourse of power, it is necessary to reveal its fictions and silences. To agree that narratives and memoirs have their place, alongside such ‘political’ terms as racism, patriarchy and class. To agree that it is better to start with Todorov and The Conquest of  America than it is to begin from a world of ahistorical self-help states. To agree with programmes for interventionist anti-racist education.

But I am also somewhat cautious. Some of that might be read as a spur to critical pedagogy by another name, and some as a delineating of criticality’s limit, at least insofar as that term is often discussed. Call these somewhat speculative micro-interventions the unapologetic curriculum, marginal resistance and real academic politics (always with the rule of three).

First, on the unapologetic curriculum. Anecdotal evidence suggests that critical teaching in IR usually proceeds via a standard method: students are exposed to the conventional edifice (Realism, Liberalism, sometimes Constructivism, very occasionally Marxism/Structuralism), which is taught somewhat askew, before being introduced to a range of critical views that undermines the canon and opens up a wider critical vista (usually taken to mean Critical Theory, Post-Structuralism, Feminism, Post-Colonialism, and then maybe a really marginal topic, like Queer Theory or Autoethnography). The point, justifiably enough, is both to convey the Mainstream and to unsettle it, setting out IR as discourse of power while providing the tools to deconstruct it.

But does this not unintentionally do ‘the critical’ a disservice? Take the post-colonial view of global history (if we can assert the unity of such a thing briefly in terms of understanding the international in terms of empires, their resistors and their aftermaths). Compared to the visions of system structure or complex inter-dependence, this story is not just more politically charged in some nebulous sense. It is also more true. Nor do we find ourselves in a historical moment where counter-narratives lack epistemic warrant. The texts exist, are legitimated by the imprimatur of academic publishing houses, and have their own substantial histories of dialogue and debate. So why not start with them? Teach the controversies, fersure. Allow for many alternative interpretations of the evidence, by all means. Push students to challenge the empire-centric account, do. But don’t apologise for it by putting it after the usual story (for “usual”, read: “the version ahistorical IR parochialists tell themselves for the sakes of parsimony”).

It would be strange for anyone to graduate from an IR programme not knowing what ‘Realism’ is (or not knowing the difference between a Carr and a Waltz, or a neo-conservative and a neo-classical). But understanding the state of the discipline isn’t the same thing as foregrounding its self-mythologies. We know, for example, that our current teaching doesn’t reflect the actual distribution of perspectives (recall that 16% of IR scholars call themselves Realists, but 37% of survey respondents use more than a quarter of their introductory courses teaching it). Let us have compulsory courses in the intellectual history of IR, but not a iterated call-and-response in which the critical always comes second. Perhaps this is a generational difference, perhaps one founded on the privilege of never being made to always progress through the ‘American Science’ in any any given argument. Either way, I want to suggest that we stop thinking of teaching as the job of conveying the same sense of embattlement against a Mainstream that frames critical IR’s story of itself. And, in the process, move from unapologetic to militant. To haunt the corridors and panels of that same Mainstream and demand explanations of why there is no empire in their course outlines. 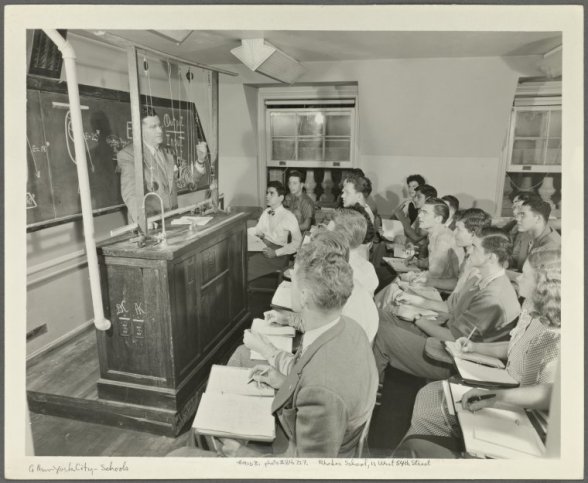 And so, second, to marginal resistances in the classroom, cutting somewhat against the grain of unapology. Assertiveness in pedagogy reinforces the project of ‘criticality’ in teaching whilst not fetishising its terminology. The point is that repeated insistences on the ‘critical’, especially to the ears of the by-definition uninitiated (students are, after all, paying to be initiated, if not only for that), may just as easily re-inscribe marginality as overcome it. Not least when the critical gets the dregs of term’s end. In the classroom, which acts as a kind of imagined space where students will break the bonds of standard theory, this tempts us to repeat the contributions of the critical, indeed to insist on them (especially if, as for many precarious labourers, the classroom is a space of rare autonomy).

And yet this produces a paradox, one raised at ISA in the panel on teaching gender and war. As someone put it, we want our students to resist and critique all kinds of arguments, except ours. When it comes to pedagogy, I take this to mean that we cannot measure the criticality of our practice by how many students end up agreeing with us. I’m not sure that this is what anyone proposes, but is it not the implication of finding the critical not in a procedure of thought per se, but in an acceptance of certain counter-arguments to the Mainstream? I do not mean that we should live in fear of comments that our teaching is ‘political’, a judgement likely inevitable, not least in those spheres where the substance of scholarship is weighted so much against everyday commonsense. But Weber’s point about uncomfortable facts retains its value, and it goes for ‘us’ as well as ‘them’. In other words, while criticality may entail being more assertive in course design and substantive material, it may also suggest being less controlling of the classroom.

Which leaves only real academic politics (deliberatively provocative, tongue partially against cheek). There is a kind of classroom contract at play in many places, one which repeats conventional accounts of Enlightenment rationality (question everything!) but only within a prescribed space (the hour or two a week of ‘contact’ time). Although a pedagogy of the oppressed clearly goes beyond this (whoever we decide ‘the oppressed’ are), discussions of IR pedagogy seem to remain quite tightly attached to that space. And yet the pre-conditions for any criticality in pedagogy clearly exceed the classroom by orders of magnitude. They include, amongst others, questions of national secondary school curriculum, socio-economic class, fees and debt, precarity in academic labour, access to knowledge, managerialism, privatisation, instrumentalisation and global ‘knowledge economies’.

We of course know this, and sometimes say so. But if ‘pedagogy’ comes to mean mainly the what and how of teaching, and not everything that lies behind, beneath and across from it, the conversation will be an impoverished one. So when we reorganise lectures on strike days, or view the satisfaction of student wishes as unquestionably primary, we privilege the classroom at the expense of a wider understanding of the contemporary university. We get close to an expanded sense when we start talking about class sizes. There were, for example, audible gasps on the day of the panel at the contrast between David Blaney’s first year student numbers (a dozen) and Laura Shepherd’s (getting on for 600). This alone suggests that we need to keep in view the processes that bring students to the classroom in the first place, and to ask questions about our responsibilities in such arrangements.

It also raises some uncomfortable dilemmas. Many (but not all) of us teach in situations of comparative privilege: liberal arts colleges, Russell Group universities, training schools for socio-political elites, repositories for the middle-class youth of hegemonic states. What, after all, does it mean to pour emotional resources and labour time into additional provision for those students (assuming that engaging the critical often means working harder at teaching than you would otherwise have to)? If this is free labour, to whose benefit is it? And what is the implied model of action behind such a strategy? That, faced with the force of critical thinking, those students will abandon their accumulated social benefits and comfortable commonsense? That they will be won over by the force of better argument alone?

Some surely will be. And it seems churlish to dismiss that dialogue as ephemeral (nor do I mean to). But the affective labour of critical pedagogy in the more narrow sense is not without its opportunity costs. So we should perhaps be judicious, as well as bold, in our academic dreams.

6 thoughts on “What We Talked About At ISA: Critical Pedagogies?”