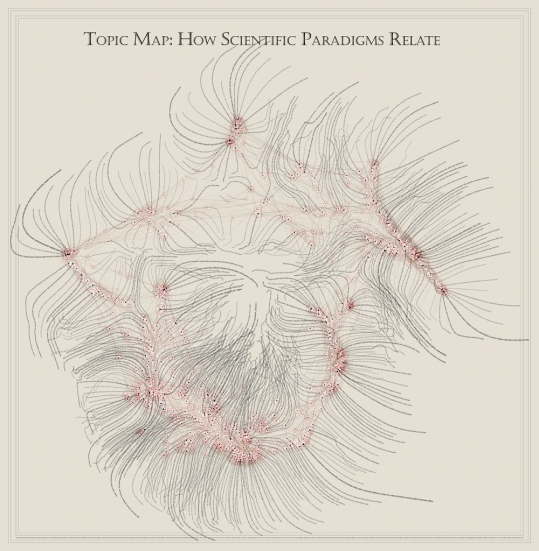 The preliminary results of the 2011 Teaching and Research in International Politics (TRIP) Survey for the US are out (this is a way of saying that if you’re not an IR geek, you’ll likely find what follows boring and/or incomprehensible). As well as feeding into the usual list fetishism for “those looking to run the world” (*barf*), there are also a number of questions pumping faculty for predications, threat listings and popularity contests (turns out Professors of International Relations rate George Bush Snr. as a better President than Obama, but have almost nothing but contempt for young W.).

The self-image of the discipline continues to shift within the American heartland, not least with respect to the Big Other of Realism. The 2009 TRIP Survey recorded the percentage of self-identified Realists among US respondents at 21%, with Liberals at 20% and Constructivists at 17%. Things have progressed some way since then, with only just over 16% now willing to call themselves Realist against a steady 20% of Liberals and a narrowly triumphant 20.4% of Constructivists (and given the rankings awarded to Wendt within the ‘top four scholars’ sections, the shorter TRIPS may be rendered more simply as: ALEXANDER WENDT MADE ME A CONSTRUCTIVIST). Agnostics and Refuseniks together continue to outnumber these main categories with 11.5% naming themselves ‘Other’ and a further 25.7% declining to name any paradigmatic preference (a slight increase, but essentially the same levels as in 2008).

Given these trends, it may seem unsurprising that the proportion of open positivists is also down (59% in 2011 to 65% in 2008, the other options being ‘non-positivist’ and ‘post-positivist’). But recall with PTJ that constructivist interests are pretty compatible with positivist assumptions, which is what I expect is still going on (lots of norm measurement, tabulation and data crunching). That, and scholars thinking that they are qualitative because they study norms, regardless of how they study them. That said, the paradoxical dominance of ‘qualitative’ scholars also seems to have slipped, despite still overwhelming ‘quantitative’ ones (56% to 23%). This is a pretty big drop from 2008, when Quals outnumbered Quants 68% to 23% (theories on this in the comments if you will). Quantitative methods, however, remain the path of choice if you want to publish in the top US (read: world) journals.

Beyond the various pledges of intellectual loyalty, the evidence of self-disciplining in relation to the current field is notable. Although Realism accounts for only 16% of scholars in self-identification terms, nearly 37% of respondents spend more than a quarter of their introductory IR courses teaching it. This compares to 7.26% for Constructivism and 30.29% for Liberalism. The same scholars tend to see Realism as dominant in the field at large, despite their own preferences. Whereas only 14% think that Constructivism makes up more than a quarter of published IR literature today, almost 58% think that Realism accounts for the same proportion (Liberalism comes in second with 48.5% of respondents attributing more than ¼ of academic market share). A reasonable proxy for ideas about the discipline as a whole, again illustrating the role of Realism as the zombie theory of (American) IR, living on in the minds of its terrified victims despite the long-standing critiques and the dwindling numbers of out-and-out cheerleaders.

Of course, the whole paradigmatic approach to surveying is pretty bankrupt, since the objects in question are so malleable and cross-fertilised, not to mention compatible. You can, actually, be a Feminist and a Constructivist, just as you can chart norm cascades in your day job and dish out National Interest-style advice to policy-makers at your consultancy gig. To the extent that Realism and Liberalism are theories at all, they’re not in competition with Constructivism as approaches to social ontology, as Colin Wight repeated, and you can therefore also be a Constructivist (Political) Realist. And so on…

Predictably enough for a US-centric survey, the questions on economic and political opinions have only two poles – liberal and conservative – with views measured as gradations of them. Scholars on this metric are unsurprisingly left-of-centre, not that it tells us much. The disciplinary politics are a bit more interesting, if as depressing. Both the survey and responses are marked by a continuing infatuation with traditional high politics (is China rising?) and the sacred space of ‘policy’. A sizeable proportion of the questions seek views on how best to ‘connect’ with decision-makers, although reporting of various external positions suggests this is not such a problem, since more than 44% of those surveyed have carried out some kind of consultancy in the last two years (principally with NGOs, governments and think tanks).

On this sample, the discipline is 83% white and 70% male. Not much progress there, and likely damning even in comparative terms (what are the proportions like for sociologists, historians and anthropologists who do international politics I wonder?). If the 2009 report is anything to go by, there’s often substantial variation once non-US scholars are included, since they tend to have different preferences and rankings, from the more critical leanings usually associated with ‘Europe’ to the continuing hold of high politics and ‘science’ in other places.

On the plus side, blogs are increasingly recognised as valid academic practice. 25% even think blogging should count towards research service in their professional lives. And they can’t all be from the Duck Of Minerva! Moreover, the TRIP Survey still seems to give a better sense of true journal rankings than the Impact Factor scores (Marine Policy anyone?). Certainly forums like Millennium come out stronger on this measure. And somehow 10% of American IR scholars consider themselves to be working in ethics! The overall sense, however, is of a field shuffling its paradigms, insufficiently aware of what’s really at stake in its little methodological and ‘pragmatic’ infatuations, and as locked into inequalities of power and representation as its critics have always claimed.

2 thoughts on “TRIP-ing the Geek Fantastic: A Note On Surveying Disciplinary International Relations”