This post is part of a syposium on Meera Sabaratnam’s Decolonising Intervention. Meera’s original post, with links to the other contributions, is here. If tweeting, please use #DecolonisingIntervention!

Postcolonial/ decolonial research seems to be entering into what might be called a “second generation”, moving past early, de-constructive critiques of the IR discipline as racist and colonial, and into showing the “value added” of a decolonial approach in studying concrete problems in international politics. Decolonising Intervention is an important contribution to this effort.

Sabaratnam’s basic argument is quite straightforward. Like many critical scholars of intervention, she documents multiple failures of Western statebuilding interventions (SBIs) to resolve the problems they (allegedly) seek to address. Unlike them, however, she attributes these recurrent failures – persistent, despite widespread acknowledgement, even among interveners, and within a gargantuan “lessons learned” literature – to the “colonial” structure of global politics. Put simply: Western donors feel superior to the targets of intervention, and so simply cannot learn from their mistakes. They are obsessed with their own starring role (protagonismo), making them congenitally incapable of deferring to their targets’ concerns, ideas, knowledge or demands. They garner the lion’s share of donor funds, scarcely caring if interventions work or not, implicitly seeing targets’ time and resources as “disposable”. Dependent recipients have little choice but to engage, or lose what resources are offered. 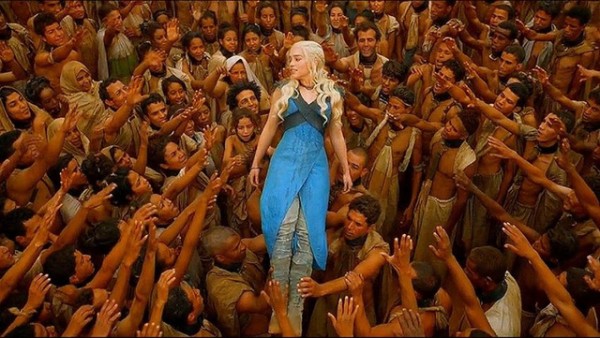 This is a powerful and hard-to-refute hypothesis. Like many scholars of international intervention, I suppose, my mind has often boggled at the sheer stupidity of interveners and their colossal inability to learn that intervention does not work. When the madness keeps on repeating itself, clearly, something structural is at work. For IR realists, it would simply be the imperialism of great powers. But great powers seem persistently unable to rationally calculate their self-interest, repeatedly ending up in disastrously counter-productive interventions, from Vietnam, through Somalia, to Kosovo, Iraq, Libya and Yemen. In my own work, particularly on international economic sanctions, I have often encountered a more mundane attitude among policymakers: “something must be done”. Intervention – whether to protect human rights, build states, or oppose ideological enemies – often seems like “something”, and it is therefore often “done”. But why must something be done? Why can Western states simply do nothing? It seems they are practically addicted to intervention, and only the decay of their own capabilities seems to provide much restraint. Sabaratnam’s thesis offers a powerful explanation as to why Western donors are, in the words of another excellent book on the subject, “condemned to repeat” their mistakes. 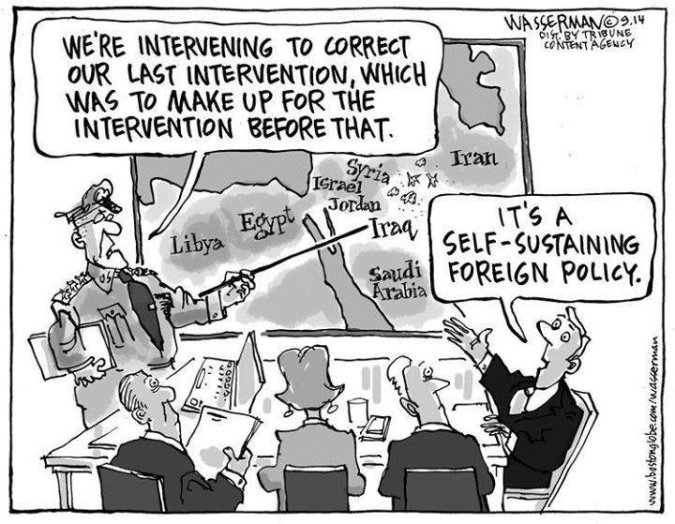 Decolonising Intervention is at its best when operating at this general level of abstraction – the opening and closing chapters are incredibly rich and thought-provoking, and the early critique of the existing literature is extremely telling. I am less convinced by the methodological and empirical contribution, focused on Western intervention in Mozambique.

It’s perhaps a sign of the difficulty in moving onto the second generation of decolonial IR research that Decolonising Intervention does not offer an articulated framework per se for studying international intervention. It only sketches out a broad decolonial sensibility, encouraging “a recovery of historical presence, an engagement with the political consciousness of subordinate actors, and an appreciation of the[ir] material conditions” (p.38). Any student inspired by the book and wishing to conduct a decolonial study of intervention would have to work out what this means for themselves. More importantly, the research design causes some significant problems for the argument.

A particular problem here is Sabaratnam’s use of feminist standpoint epistemology in place of an adequate theory of the state. This approach is invoked in a broad way to justify studying intervention from the targets’ perspective. Fair enough. However, she quickly moves from arguing that women have a particular insight into gender hierarchy to claiming that “[t]here is thus a warrant for talking about ‘Mozambique’s’ experience of intervention” (p.53). The scare quotes indicate some awareness that a serious category mistake is being made. “Mozambique” is not a unitary “subordinate” actor with a single “experience” but a hierarchical society with its own dominant and subordinate groups, each with their own set of interests and experiences of intervention.

Ironically, the decision to elide this point reinstantiates a dichotomous distinction that Sabaratnam herself rightly derides, between international interveners and target states/ societies. This dichotomy appears throughout all the currently-fashionable literature on “hybridity” and “friction” which, despite endless, defensive caveats, seeks (unsuccessfully) to explain SBI failures with reference to the incompatibility of liberal/ modern/ international agendas with illiberal/ traditional/ local ones. The reality, however, is always different, with some “locals” engaging donors positively and others resisting, based on how given projects relate to their interests and agendas.[1] At times, Sabaratnam’s own empirical findings hint at differences within Mozambique, as “the state”, local government, or various elites find themselves aligned with donors against sections of their own populations (e.g. pp. 73-4, 92). But her concern to stress only “colonial difference” means these divisions are never brought out, such that, ironically, the target/ intervener dichotomy reappears. For example, she writes: “[the] targets of aid in Mozambique” see capacity building interventions as “located in the materially unequal and asymmetric relations between interveners and target societies” (p.75). Likewise “states or societies targeted by intervention experience them differently than the interveners” (p.50). This failure to disaggregate target societies deprives Sabaratnam’s approach of an important resource to explain intervention outcomes.

It also undermines her first recommendation on how to decolonise the practice of intervention. She suggests reframing aid as reparations for colonialism, rather than charity, transferring entitlement and protagonismo to post-colonial states. But to whom should reparations go? Proper recognition of the key differences within post-colonial societies would lead us to anticipate serious struggles over resources if substantial reparations were delivered. And can we be sure that they would be well spent? If decolonial method means hearing, not just listening, to voices on the ground, as Sabaratnam says when chiding Sabine Autesserre (p.138), perhaps Sabaratnam might have paid greater heed to her Mozambican informants in ch.6, when they attack their own ruling elite as increasingly corrupt. Although Sabaratnam dismisses concern about the waste of Western taxpayers’ money as part of “colonial difference” (p.144), one such informant states: “European citizens need to ask their governments where the money is going… Because it is going from the taxpayers of Europe – the working people – to the rich of Africa” (p.115). Just as the only reparations ever produced for slavery were appropriated by slave-owners, so colonial reparations could be appropriated by post-colonial elites who often have a predatory relationship to their own society. (To be clear – there is nothing unique in this about post-colonial states; social division is common to all states, and elite predation is widespread in the West.)

Put simply, the world is considerably more complex than mere “colonial difference” suggests, with key cleavages occurring not merely along the line of North/South or former-coloniser/former-colony but within and across these distinctions. The rise of China as a major donor is only the most obvious case in point. While cloaked in the language of “win-win” cooperation and diluted third-worldism, Chinese “aid” is consistently tied to Chinese business expansion, while recipient elites have manipulated it to serve their own patronage networks. Sabaratnam’s call for the West to behave “more like Southern donors” (p.144) reflects her neglect of this reality. Interestingly, China’s own experience in providing agricultural aid has strong resonance with the record of Western agricultural assistance in Mozambique. Sabaratnam rightly castigates Western donors for their protagonismo, arrogantly ignoring local knowledge and implementing schemes that routinely fail due to ignorance of climatic conditions or the collapse of end markets (ch.5). But these are precisely the same sorts of outcomes witnessed in Chinese opium-substitution schemes in Southeast Asia, where target groups have denounced Chinese “imperialism” and land-grabbing, ecological conditions are not appropriate for substitute crops, and supposed end-markets have collapsed. On which side of the “colonial difference” is China? Moreover, the fact that China’s schemes are, like the West’s, also stubbornly market-based likewise suggests another commonality (and powerful conditioning structure): the dominance of capitalist logics, to which Sabaratnam gives little credence.

Perhaps more importantly for Sabaratnam’s own project, the book’s research design and method do not always furnish strong evidence for her central hypotheses. Her findings in Mozambique are certainly interesting, though as she admits these often “corroborate and extend” existing research (p.72). I especially enjoyed reading about how supernatural belief in vampires is being reworked to criticise an economic elite emerging alongside (because of?) donor support (ch.6). However, the individual chapters are largely framed around recounting the local experience of intervention. While interesting, this does not always furnish direct evidence of her key claims about why donors are unable to learn. The crucial concept of protagonismo, for example, is introduced only very briefly (pp.79-80) at the end of a chapter, and then scarcely referred to again. I wanted to hear more, and see more conclusive proof of it. I did not feel that, by the book’s conclusion, I had been decisively shown that the “need for protagonismo” was “not reducible to ‘vested interest’” nor “correspond[ed] to… liberal ideological prerogatives” (p.133), nor, for example, that donors feel that project failure is “relatively costless” (p.134). The problem, of course, is that it is very hard to tell what donor motivations are by only studying the views of aid recipients. One can try to draw inferences, but direct empirical support may always be lacking. Ironically, Sabaratnam’s purposes may have been better served by a more traditional method, directly designed to gather evidence on donor thinking in order to test her inferences. This is no easy task, of course: which donor will admit that they see recipients as “disposable”? But perhaps this opens up a new avenue for future research.

In any case, we are all indebted to Meera Sabaratnam for offering a new “way of seeing” international intervention. The provocations she raises are undoubtedly important ones, and her answers are original and thought-provoking. Doctor Sabaratnam has rightly diagnosed the West’s terrible addiction to meddling in other countries. The question for us all is: what would it take to find the cure?

[1] This is a point developed in my own work, e.g. on SBIs in East Timor; my collaborative research with Shahar Hameiri, notably Governing Borderless Threats (2015) and our recent article in Development and Change (especially relevant for the critique of “hybridity”); and in Hameiri’s two books, Regulating Statehood (2010) and International Intervention and Local Politics (2017). Strangely, Decolonising Intervention completely misrepresents Hameiri’s work as “systematically ignor[ing] the targets of intervention” (p.24). In fact, he (and I) have been systematically concerned to explain the outcomes of intervention as the result of contested interactions between interveners and forces in target societies, with the latter being by far the most powerful determinant. If being “decolonial” means attending to the perspective and agency of forces in the global south, our work has arguably already been “decolonising intervention” for some time, and providing a clearly specified analytical framework for doing so.

4 thoughts on “The Limits of Decolonising Intervention: A Response to Sabaratnam”