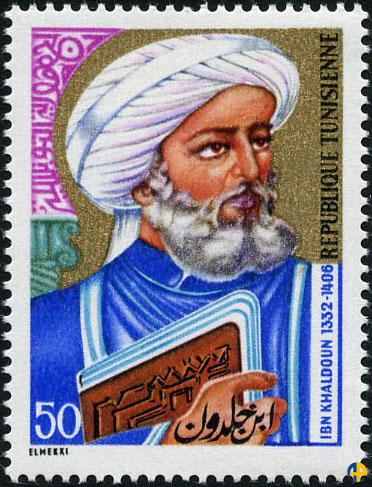 American Political Science Association (APSA) annual conventions typically offer a rich selection of pre-conference short courses. This time I went to “Deparochializing Political Theory.” Sponsored by Steven Johnston and Michaele Ferguson and organized by Emily Beausoleil, this course offered two excellent sessions on how to enrich your political theory syllabus with ‘non-western’ content. Loubna El-Amin spoke about Chinese political thought, and Michaelle Browers on Arab and Islamic political thought. These are my course notes from last week, in a Q&A form. My gratitude goes to Michaelle and Loubna for letting me copy/paste from their course materials.

Why comparative theory? Here is a passage from Michaelle’s letter to her students in POL 269 Arab & Islamic Political Thought:

One of my former professors, Dante Germino, described political theory as a “conversation of many voices.” Where Germino understands that conversation as one “between different orientations toward political reality as a whole” and “between past, present and future generations.” Sheldon Wolin similarly situates theory historically as involving the vocation centered on dialogical engagement with the “foreign”: “Theorist’ derives from the Greek theoros, which was the name for an emissary who traveled on behalf of his city to other cities or societies. A theoria, from which ‘theory’ was derived, meant ‘journey.’ Traveling is, of course, an encounter with differences.” In Wolin’s analysis, the task of the theorist is to study “foreign” customs, traditions, practices and, from that experience, to extract more general understandings of social and political life, which can then be used in either promoting or criticizing, justifying or amending practices within one’s “native” political community. In the contemporary context, “the Arab” and “the Muslim” often are constructed as the quintessential “other” to “the West.” As a result, one aspect of our engagement with Arab and Islamic political thought will involve deconstructing and complicating more popular notions of “the Arab or Muslim mind” as we gain greater depth and nuance in our understanding of the ideas and debates that animate that region.

The texts for her course, btw, are Albert Hourani’s Arabic Thought in the Liberal Age, plus primary texts discussed by Hourani, some of which can be found in translation in these anthologies & readers:

How does this work in practice? Loubna workshoped reading comparative political thought with us using short excerpts from Plato’s Euthyphro, Confucius’ Analects, and the Mencius. The idea was to give us a hands-on sense of running a session in an undergraduate, intro class to comparative political thought. The excerpts dealt the themes of the conflict of obligations between filial duties and political duties—themes that central to innumerable discussions of the right character of political community. We were asked to draw comparisons between the Greek and Confucian methods of argumentation, central concepts, and political visions. Not having read any of these texts before, I lacked command of the historical context, but the exercise was broadly familiar. Many IR folks I know have worked with comparisons between Ibn Khaldun and Machiavelli or—I recall my very first IR class taught by Arthur Rubinoff—Kautilya and Thucydides. Purported goals of such exercises of course vary, but they generally serve to identify practical predicaments in political life, whether common or ‘uncommon.’ Also, the more one avoids lazy simplifications—their concerns were the same! Their concerns were completely different! etc.,—the better.

Isn’t this just mere tokenism? Yes, if by comparative political theory we mean adding one or two non-western thinkers to a syllabus dominated with the ‘classical’ political theory canon. But even so, Loubna argued, tokenism beats ignoring that which falls outside the canon.

Does it have to be comparative in the above sense? Nope. For example, Michaelle begins her class on Arab & Islamic Political Thought with Fred Dallmayr, “Beyond Monologue: For A Comparative Political Theory,” Perspectives on Politics 2:2 (2004), pp. 249-257. But then in Week 2, she assigns ‘complicating’ theories such those that insist on irreducible relationality of political thought. Here, Michaelle uses Ella Shohat’s work, as in Shohat, “The Sephardi-Moorish Atlantic: Between Orientalism and Occidentalism,” from Between the Middle East and the Americas (U Michigan Press, 2013) pp. 42-62 or Shohat, “Area Studies, Gender Studies, and the Cartographies of Knowledge.” Social Text 20: 3 (2002), pp. 67–78.

Perhaps even more complicating, I would add, would be theories of creolization. Jane Anna Gordon has written a series of articles—this year expanded into a book—on reading Rousseau’s theory of freedom through Fanon.  This points to yet another way of deprovincializing introductions to political theory.

What assessments methods work best?  As always, the correct answer is “it depends,” but I’ve got to tell you about the interesting things Michaelle does with her students in her POL269. First, there is one of those ‘agree/disagree’ essays where students are asked to assess the relative modernity of nineteenth century Islamic reformist thought.  Then there is something she calls a “jigsaw” writing assignment, the purpose of which is to get students to cover a great deal of material collaboratively. I haven’t seen anything like this before, and probably neither have you, so it’s worth another full-on copy/paste (with Michaelle’s kind permission):

A “jigsaw” reading has two primary, practical purposes: individually, it allows students to focus on a smaller amount of reading at much greater depth; and, collectively, it enables our class to cover more material in a shorter amount of time and greater depth. In addition, the jigsaw reading is intended to promote collaborative learning, generate multiple perspectives about the readings, and encourage students to take responsibility for sharing knowledge with others. Jigsaw groups and assigned readings are listed on the reverse.

To meet these goals your tasks are as follows:

Reading: You will also be responsible for closely reading the response to Sadik al-Azm you have been assigned. Students are also strongly encouraged to read—or at least skim over—the other selections in the book.

Among the questions you might broach in your meeting are the following:

Writing: Summarize the central argument of your jigsaw assignment (see fuller instructions and assessment criteria on reverse). You may write your interpretive summary in groups or independently. For jointly written microthemes, the names of all authors should appear on the paper handed in, and that paper should reflect the work of all members of the group, who will be given a single grade for their collective work.

Fitting the Jigsaw Pieces Together in Class: On 10/17 you should come to class prepared to introduce your author (basic biographical information you deem helpful to understanding the author’s perspective), summarize the author’s response to Self-Criticism after the Defeat (in ❤ minutes) and to role-play your author in a broader class discussion over course topics.

This interpretive summary writing has two objectives. The first is to build reading comprehension skills by concisely summarizing the argument of a text. The second objective is to develop the ability to follow and give a compelling account of arguments that you find difficult and/or might not necessarily agree with. In effect, it is for you to “listen” to the authors whom you read and guard against the tendency to transpose claims that are unfamiliar or unacceptable to you into terms that you find more familiar or congenial but not in line with the author’s intentions.  It is for you to read closely enough to really understand the author’s perspective to render it in your own words without mis-rendering his or her main points.

Answer the following, in your own words:

How does the author you have been assigned respond to Sadik al-Azm’s argument?  Be sure to specify the main aspect(s) of Azm’s essay the author is responding to and to characterize this response (criticism, revision, restatement, rejection).

References to the text should be noted, with page numbers provided in parenthesis, but avoid use of long quotations. Writings must be typed, fit on one page, and not exceed 250 words.

Due: in class on 10/17.  Late jigsaw writings will be penalized one grade each day past deadline, beginning once class ends.

Loubna El Amine has kindly agreed to share her list of ‘Useful references for teaching Chinese political thought.’ Note that her list was not compiled in any systematic way. Thanks, Loubna!

Confucius. The Essential Analects: Selected Passages with Traditional Commentary. Translated by Edward Slingerland. Indianapolis: Hackett, 2006. (This is an abridged
edition)

Benjamin Schwartz, The World of Thought in Ancient China (1985) (I really like this book)

Bryan Van Norden maintains a website: http://faculty.vassar.edu/brvannor/ that you might find useful. He has a link there to an article he wrote on adding Chinese philosophy to your introductory class.

http://warpweftandway.com/ is always up to date on the newest publications relating to Chinese philosophy broadly construed.

http://ctext.org is a great online database of Chinese texts, though many of them are not translated.

Metzger, Thomas. A Cloud Across the Pacific: Essays on the Clash between Chinese and Western Political Theories Today. Beijng: Chinese University Press, 2006.

Roetz, Heiner. Confucian Ethics of the Axial Age: A Reconstruction under the Aspect of the Breakthrough toward Postconventional Thinking. New York: SUNY Press, 1993.

If you’re going to read only one book on early Chinese thought, read

8 thoughts on “Want to Deprovincialize Your Political Theory Syllabus a Little? What I Learned at APSA”