A guest post – on the eve of the 5th anniversary of the Egyptian uprising – by Michaelle Browers. Michaelle is Associate Professor of Politics and International Affairs and directs the Middle East and South Asia Studies Program at Wake Forest University. She is author of Democracy and Civil Society in Arab Political Thought: Transcultural Possibilities (Syracuse University Press, 2006) and Political Ideology in the Arab World: Accommodation and Transformation (Cambridge University Press, 2009), and has edited and contributed to (with Charles Kurzman) An Islamic Reformation? (Rowman and Littlefield, 2003). Her articles have appeared in the International Journal of Middle East Studies, Journal of Middle East Women’s Studies, Journal of Political Ideologies, Critical Review of Social and Political Philosophy, Theory and Event, and Third World Quarterly. An earlier version of this memo was prepared and presented at working group on “Re-envisioning the Arab State,” hosted by the Center for International and Regional Studies (CIRS) at the Georgetown University’s School of Foreign Service in Doha, Qatar (January 17-18, 2016). 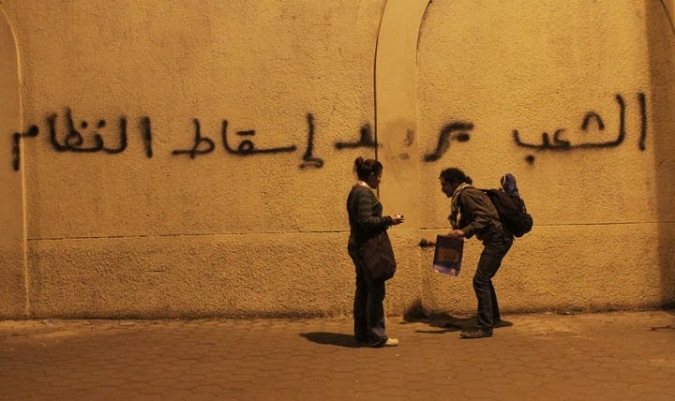 The past five years has been a series of ups and downs, trading moments of great elation and hope with periods of deep disappointment for those of us who study Arab political thought and practice. We have seen declarations of Arab springs and Arab winters, and claims about the resilience, the end and again the resilience of Arab authoritarianism. We have seen people in the streets and squares of many cities call for justice, dignity, democracy, rights, revolutions – ideas that many Arab intellectuals have written about at great length and mourned for their lack – and heard commentators claim Arab intellectuals were absent from the uprisings or, as Ramzy Baroud put it, “resting, not dead.” In general, we have seen much in the way of claims of a lack of intellectual work or a lack of alternative visions to the status quo. I contend that the real lack is a full investigation of whether, in fact, such claims have merit—that is, that there is a need for research into political thought that assumes its existence rather than its absence.

But in engaging post-2011 “Arab political thought” we may need to revise some of our assumptions about what it is we seek at the outset. This intervention puts forth four subsets of questions in need of further discussion as we broach that larger question (of how we should study Arab political thought after the 2011 uprisings): one which raises an old question worth reconsidering anew, a second which suggests a different approach to our study, a third which maintains the need to look for answers in a slightly different place or with a broader lens, and a fourth which proposes one substantive line of theorizing that strikes me as politically salient after 2011. Embedded in each of these four broad question-sets are myriad avenues of research, as well as, of course, indications of some of my own convictions and commitments.

END_OF_DOCUMENT_TOKEN_TO_BE_REPLACED

American Political Science Association (APSA) annual conventions typically offer a rich selection of pre-conference short courses. This time I went to “Deparochializing Political Theory.” Sponsored by Steven Johnston and Michaele Ferguson and organized by Emily Beausoleil, this course offered two excellent sessions on how to enrich your political theory syllabus with ‘non-western’ content. Loubna El-Amin spoke about Chinese political thought, and Michaelle Browers on Arab and Islamic political thought. These are my course notes from last week, in a Q&A form. My gratitude goes to Michaelle and Loubna for letting me copy/paste from their course materials.