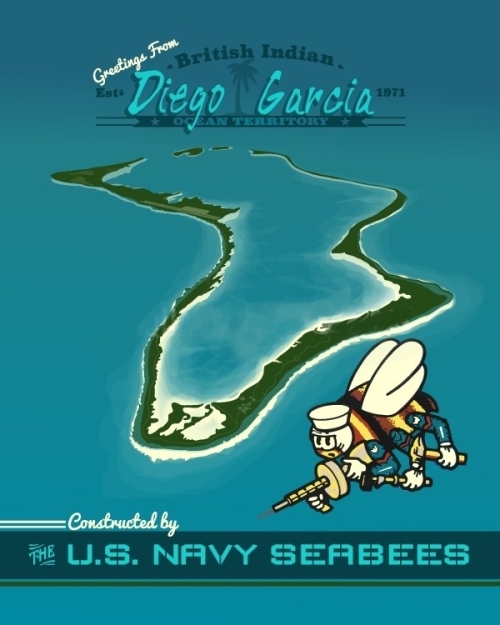 In October 2005, then Foreign Office Minister Kim Howells stood before Parliament and reported that the UK government had granted no requests for extraordinary rendition in any part of British territory or airspace, and was aware of no such use. Critics – who suspected that the UK was indeed complicit in rendition for torture – pressed the point. So in December Jack Straw, who was Foreign Secretary, explained that “careful research” within government had turned up no evidence of renditions since 9/11 in UK spaces (land, air, or sea) and, again, no requests. The very next day Straw was giving evidence to the Foreign Affairs Select Committee, and was asked about the possibility of an investigation along similar lines as other EU states. Came the forceful reply:

I do not think that there is any case whatsoever for such an investigation here…I did what it is my duty to do, which is to provide a thorough comprehensive answer. That has been done. It has produced a nil return. Unless we all start to believe in conspiracy theories and that the officials are lying, that I am lying, that behind this there is some kind of secret state which is in league with some dark forces in the United States, and also let me say, we believe that Secretary Rice is lying, there simply is no truth in the claims that the United Kingdom has been involved in rendition full stop, because we have not been, and so what on earth a judicial inquiry would start to do I have no idea.

Conspiracies! Dark forces. Lies and secret states, no less. By January 2006, Howells was again reporting to MPs that all relevant Foreign Office records and recollections had been checked, implying that no proof of rendition had been discovered. Two years later David Miliband, who replaced Straw, was forced to admit that two renditions in fact did pass through the island of Diego Garcia in 2002 (Blair, pathetically: “We have just been informed by the United States of America about what has actually happened”). Suspicions were somewhat confirmed, but it was all a long time ago, and there was a change of Prime Minister, and then of government. While rendition-torture didn’t exactly go away, it faded from view. But it has resurfaced. Last month we discovered that some crucial records are incomplete due to ‘water damage’. Because if you have files pertinent to a major foreign policy controversy, why not store them that badly? Never mind that Ministers had previously argued that they wouldn’t be keeping notes anyway, and had to rely on assurances from the Americans (an “error” in US records was the culprit). Kettle logic, again.

The Rendition Project (run by Ruth Blakeley and Sam Raphael) by contrast lists extensive UK involvement in rendition circuits, although confirmed information on Diego Garcia remains sparse. Parliamentary Committees, their best efforts at restricting their remit notwithstanding, have noticed the Senate Intelligence Committee’s recent conclusion that “the CIA had detained ‘high-value suspects’ on Diego Garcia and that the ‘black site’ arrangement on the island was made with the ‘full cooperation’ of the British Government”. We now also learn that UK ambassadors lobbied to keep themselves out of the redacted (and as yet unreleased) report. A government at once insistent that everything is routine and above-board and also deeply – even paranoidly – eager to quieten all discussion of our exact role. An unease somewhat exceeded by CIA efforts to suppress disclosure of the same.

A few years ago Mark Salter and Can Mutlu suggested that the securitisation of Diego Garcia – its acquisition of a status beyond politics – was not a given, but was the outcome of a contested process, one that had nevertheless normalised the exceptionality of the island. The major historical feature in this story is not rendition at all, but the expulsion and dispossession of the Chagos islanders in the early 1960s, a decision taken in London and contiguous with colonial practice (despite the general compulsion to decolonisation at the time). The mere existence of a military base there is the securitisation success. But as Salter and Mutlu stress, Diego Garcia was paradoxically not a space of exception for the war on terror:

[R]eports began to surface that Diego Garcia was a stop in the carceral archipelago of the ‘extraordinary rendition’ process. This created a political problem for the United Kingdom, since Diego Garcia is sovereign British territory, and so its treaty commitments and human rights obligations should apply to the space of Diego Garcia. It is not a legal exception, like Guantanamo Bay. British laws adhere in Diego Garcia. Thus, as the story about extraordinary rendition flights and the incarceration of prisoners on Diego Garcia started to emerge in 2003, concretise by 2004, and become widely accepted in 2006, British officials were eager to assert that the British Indian Ocean Territory was not a ‘black site’.

At the very least, attempts to represent the archipelago as beyond politics have been more-or-less convincingly countered by groups like Reprieve doggedly pushing it into the realm of public debate. This does not guarantee that anything will change, only that Diego Garcia remains a site for some politicised coverage. Ministers cannot fully purge it from the record. It is at once a crucial node in the war on terror (and so a site for the contestation of that endless war), and a footnote (where is it, anyway?). How, then, is its existence normalised?

Perhaps we should say that securitisation moves over Diego Garcia have been half-successful. We don’t look too closely at a lynchpin US base, and what are a few islanders between allies? Maybe there is not such a great controversy after all. Rendition is an embarrassment, but not a full-fledged scandal. It cannot touch, say, the interminable politicisation of Benghazi, or keep up with the further debasement of Tony Blair, advisor to despots. It made headlines when there was the sense of Ministers not quite on top of their brief, a little lost amongst the securocrats, but it generated little real political heat (the temperature felt outside the much-invoked ‘Westminster Bubble’). And embarrassment was just how Miliband characterised it in 2008, as if referring to an unpaid council tax bill or an awkward sibling.

Diego Garcia is politicised for foreign policy elites at one remove, through the threat of law and formal oversight. If law sticks, then scandal may follow, but the ethical charges (knowledge, responsibility, plain dealing) apparently slip away in the absence of proof of command. This is why there is such resort to technical language, and to informal pressures on the rightful investigating authorities. Other controversies are defused by the appeal to independent inquiry, stubbornly resisted when it comes to rendition. Examinations can be announced, but not begun. At the same time, opponents of UK-US policy are drawn to legal challenges, not mass rallies. Grandiloquent stories of power vs. democracy falter before bureaucratic-legalistic manoeuvring.

This is familiar when we recall the contortions over ‘enemy combatant’ and due process. But it is perhaps the absence of arresting images like those from US Naval Station Guantánamo that has allowed Diego Garcia to slip through. That, and the episodic disappearance of information. More managed, lost, given in error, ruined, incomplete than explicitly argued as beyond reach for reasons of state. The ‘water damage’ is ludicrous, incredible, but also out of time. As if someone has discovered that such mundane details can pass undetected, too banal for anyone to be called to account. In a global moment so taken with the ubiquity of data and its digital capture, there is something quaint – anachronistic even – about the physical destruction of proof. As with those vanishing colonial files we are amongst the traditional techniques of security management: a craft of basements and hard copy, catalogue errors and index cards. And the quiet collusion and plausible deniability built upon them.

One thought on “Rendition and Exception in the Carceral Archipelago”