A little while ago Adam Elliot Cooper from Ceasefire Magazine interviewed Stafford Scott, along with myself, on Black community struggles, activism and academia in Britain. Stafford Scott was a co-founder of the Broadwater Farm Defence Campaign in 1985, and is now a consultant on racial equality and community engagement as well as co-ordinator of Tottenham Rights. The interview revolved around a one day workshop run by Dr Joy de Gruy in Tottenham last October, funded by Tottenham Rights and the Centre for Public Engagement, Queen Mary University of London.

Adam: Black community struggle has been an integral part of the way in which we understand the politics of race, class and empire in Britain today. Black communities and activists have led this struggle. But academics have played a role too. Stafford, in October 2013 you brought Dr Joy de Gruy over from the US to Tottenham to run a one day workshop on Post-Traumatic Slave Syndrome. Why Dr Joy, and why Tottenham?

Stafford: It’s relatively simple to be quite honest. Why Tottenham? Because in 2011 parts of Tottenham burned as a result of the shooting of a young black male called Mark Duggan. It hit the headlines. As a result of some of us going to the police station rioting broke out and then spread across the country. We saw the media and the government’s reactions to those riots and it really was to dismiss the youths as feral criminals looking to make money out of someone’s death. It was dismissed as an opportunity for people’s materialistic natures to come out. What I wanted to do was put a total different perspective to it – a historical perspective. So I wanted to look at why rioting broke out. I was there, and I don’t believe that it was simply about Mark Duggan’s killing and the way in which his family was treated. I believe that there was a history – a context – to it, that some people chose not to examine. Duggan’s killing was the straw that broke the camel’s back.

We had different events in 2013. One was about the uprising that took place on Broadwater Farm and the killing of Cynthia Jarrett, the killing of Joy Gardner, Roger Sylvester and Mark Duggan – four people who died in Tottenham, with involvement of the police. So this was to help the community come to terms with recent traumatic events. We brought Dr Joy over to look at historic events that have caused us great trauma. 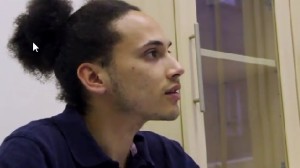 Adam: Dr Joy, a professor of social work, is famous for developing an analytical framework called Post-Traumatic Slave Syndrome and for developing practical programmes that address the challenges of Black communities in the United States. So Dr Joy’s work is not only based on scholarship in the traditional sense but also research that has come out of participating in the struggles that Black communities face in the United States. Robbie, do you see similar work happening in Britain?

Robbie: I think historically there certainly was, you could see that kind of thing happening. Today I think it’s far less the case and that’s to do with a number of significant transformations in British society and in academia. On a broader institutional basis, today, there’s nothing. And part of this is to do with the fact that in Britian there is no Black Studies. In the US Black Studies emerged in the 60s, but it came about through Black struggle, it was absolutely entrenched in that. It wasn’t coming from above, but below. Some of the key actions of the Black Panthers took place on campuses. Black Studies came out of those violent traumas and the legacies and remaking of racism. It might not have changed the world but it did do one thing: create an institutional space. 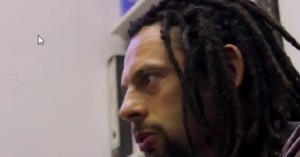 In the UK there is this strong idea that there was Britain, and then there was all the bad stuff that happened over there in the colonies. Up until 1807 people were saying that slavery happened “over there”. This brings to bear on the whole intellectual culture of Britain: empire is something that can be seperated out; so British academia can be protected as a white thing. These other people? They came over later, they’re not really British in the sense of how African-Americans are American. So by this reasoning there is a more entrenched racism in British academia to do with it being actually the centre of empire. And that’s why up until now there has not been an institutionalised British Black Studies wherein we could cultivate people like Dr Joy.

Adam: Dr Joy’s work focuses on our young people. Stafford, can you talk about how she seeks to unpack the issues that young people face in Britain today?

Stafford: It’s not so much a specific emphasis, but more that our young are the next generation. If we’re talking about Post-Traumatic Slave Syndrome one of the key things that Joy says is that the “poison’s in the cookies.” That means that there are some behaviours that we have that are played out in our communities; sometimes others learn from them so that they become “learned broken behaviour” – part of the sub-culture. I think that much of what Joy wants to do is to identify those behaviours, and isolate them, because we don’t want to put them in the diet and feed them to the next generation. Dr Joy has done a lot of work around young people in the prison system. She’s developed a “respect scale”. And with that she has a method of working with young people to stop them from going back into the system. Ultimately, though, her message is about what’s happened to the whole community –  it’s just that we’re feeding “learned broken behaviour” to our young. We need to learn from this, rather than think that this is just natural behaviour.

One of the key things that I think Dr Joy identifies is the axiologies of African people and European people.  She speaks of the European system being member-to-object, i.e. the goal, the objective is key. Whereas with the African system, it’s member-to-member. And that means that issues such as how you treat me, how you relate to me, become of major significance. That brings us to have an understanding as to why the idea of respect is so pivotal to young people, and when young people feel disrespected they go to great lengths to redress that disrespect. Some of the key things that Dr Joy suggests that young people need to ask themselves in nearly every situation is: are they being tolerated or are they being accepted? Dr Joy told all the young people present at the event in October to assume that they are being tolerated. Because if they assume they are being accepted, then at the point that they find out they are not being accepted, that’s the point where they will really lose it.

Adam: Academia can often be rooted in community struggle, such as Dr Joy’s work. But it’s often confined to institutions. Robbie, what do you think can be done about this?

Robbie: Drawing on Staffords last point, I think we need to confront and deal with a strategy of avoidance. The older idea of social justice – linked to diversity and equalities – has been stripped away and what exists now is a diversities agenda based on “internationalisation”. All British universities now need to compete in the global market place. There was another idea, at least partially represented in the Robbins Report that inaugurated the expansion of higher education in the 1960s: universities should address equalities issues by linking themselves to the communities that they serve.

But with internationalisation, rather than attending to these communities, universities – sometimes by economic necessity – have leap frogged them to get to the international market. So now you’ll find a lot of universities embracing the fact that they have higher diversity rates, more black and brown faces, but much of that growth is coming from overseas. These people might or might not be priviliged in their place of departure, but that’s not really the point. The point is that it’s actually a deferal of engaging with the communities that the universities are supposed to serve. So until we address that issue, the incentives and the the strictures that are put on you as an academic will largely be about leapfrogging over the communities that you are supposed to serve.

Adam: Dr Joy challenges the ways in which knowledge is produced predominantly byEuropeans. Stafford, how do you think her work can be translated into a UK context and for the African-Caribbean experience. Are there differences?

Stafford: Absolutely. And Dr Joy alluded to them. She gave some amazing statistics: for the thirteen states in America that were slave states, half a million slaves were transported there. At the end of slavery, four million slaves remained. A successful battery farming production line, you might think. In the rest of the Caribbean, and I will talk about Jamaica specifically as that is where my heritage is from, two million slaves were transported there. They bred another million more. But unlike the United States, they couldn’t sustain and matinain that population so by the end of slavery approximately three hundred thousand remained. Dr Joy said that the American slaves benefitted from the work that Caribbean slaves were forced to do. Slavery in the Caribbean was even worse than it was in America.

In terms of intellectual work, Dr Joy has her own ten week programme that she delivers as a professor. But for me it’s about how she can do all the research and analysis and then disseminate it in a way that your average community member can actually appreciate and understand. And for me, that’s the power of education. I hear the discussion about academics and academia, but forgive me if I don’t take off my hat and bow to them. I seldom see them. Seldom speak to them. When I do see them, normally I just have to listen to them. They come to give us a little bit of their knowledge and then they’re gone within moments and we don’t see them again.

We need a lively and robust eduation system that isn’t just about everybody trying to speak and do things in the way in which the European says it should be done. It should be about uplifting, motivating and inspiring people. And when we see our youths not inspired, as far as I’m concerned that’s the education system’s failing. That we don’t have a real Black Studies programme in this country; that we just have this notion that one month of the year we’ll talk about Harriet Tubman; that in places like Tottenham where we had the first Black municipal leader of a council, first Black MP in this country, and that kids are not being taught about them; that young people going to university come out knowing more about the Black Panthers in 1960s America than what Black communities struggled for here in the 50s, 60s, 70s and 80s: to my mind all this says that the British education system is failing significantly.