The modified text of an introduction written with Marsha Henry for our special issue of International Feminist Journal of Politics on ‘Rethinking Masculinity and Practices of Violence in Conflict Settings’ (trailed here), which came out in December 2012. The full text of the issue is currently freely available. I don’t know for how long, so get to it! 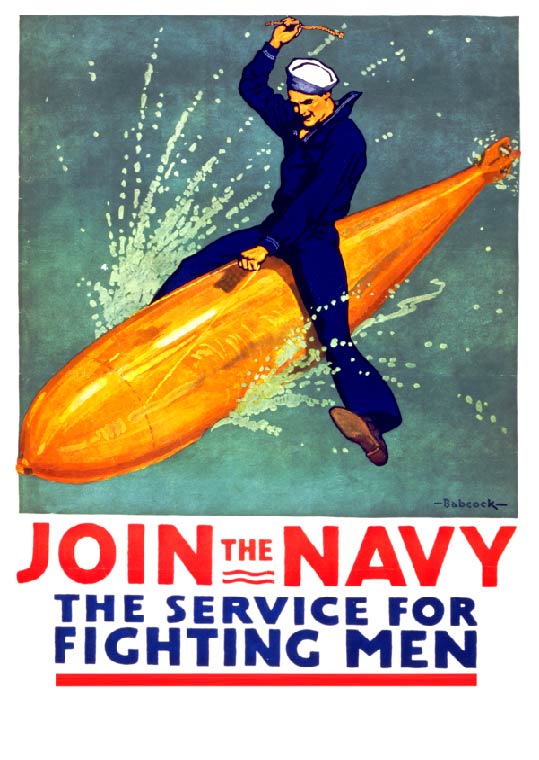 Why rethink masculinity and conflict? After all, the connection of men and masculinities to organised (and seemingly unorganised) violence has been subject to considerable academic scrutiny over the last decades, not least as part of the feminist critique of disciplinary International Relations. It is now increasingly common to both note the unequal character of gendered violence (it is predominantly men who do the killing and the maiming) and to stress the contingent and sometimes paradoxical status of this situation (women kill and maim too, and the content of ‘man’ and ‘woman’ varies significantly over time, space and context). The analysis of gender within global politics has also moved beyond the level of the state and war to interrogate the full spectrum of social life, from popular culture to political economy. And yet elite institutions still prove stubbornly resistant to teaching gender, feminism and sexuality within ‘the international’, despite introductory texts which increasingly offer such insights to the curious student.

Although you wouldn’t know it from some of the caricatures in circulation, feminist and gender scholars write often of multiplicity in masculinities, of varied and shifting constructions of gendered agency, and of representations of violence as themselves constitutive of gender, rather than merely reflective of a pre-existing distribution of essences. Some, like Melanie McCarry, have become rather sceptical of this situation, warning that the actions and power of men themselves are obscured in the consensus that there are many masculinities. In other words that multiplicity, discourse and construction are not advances in theory, but ways of displacing responsibility away from concrete male perpetrators. At the same time as they direct attention to the material practices of men such criticisms also tend to gloss over rich and situated examples of critical theorising along exactly those lines. A different brand of critic has sometimes suggested that feminism may be incapable of properly analysing the variety of gendered experiences in conflict. But here too, a comprehensive history of the field instead reveals many close and nuanced considerations of men and women at war.

Nevertheless, ambiguities do persist in the way feminist and gender scholars describe and account for masculinity. Against this background, a number of problems come into sharper focus. First, how are masculinities and violences connected in specific locations of power? Second, how do these connections play out internationally, in the interactions between political communities, however understood? Third, just how related are gendered identities to fighting, killing and dying in conflict settings? And fourth, how do the complexities of violence situated in this way reflect back onto theorising about gendered hierarchy and difference?

Some of these questions are more familiar than others, but the collection of articles presented in our special issue of International Feminist Journal of Politics substantially addresses them all (I know, get us, right?).

First, they are united by a keen awareness of the intersectionality of gender with other social fields, and by attention to the resulting layers of performance and identity. This comes out particularly strongly where differential international and inter-communal placements of race, ethnicity and nation come into play: for Paul Higate in the contrast between consensual bonding amongst ‘Western’ security professionals and the more coercive interactions between them and racialised colleagues; for Ruth Streicher in the perhaps surprising valorisation of Thai soldiers (and their ‘civilised’ uniforms) in the eyes of Malay-Muslim girls and women; for Megan MacKenzie and Marianne Bevan in the idea of cautious and restrained New Zealand police culture against a more aggressive Timor Lestese variant; and for Maria O’Reilly in the projection of a paternalistic ‘liberal’ identity onto the task of state-building amongst Balkan men posed as devalued and divergent. To take Streicher’s example:

When inquiring about their feelings towards the insurgency, many young Malay-Muslim students of Islamic Private schools in the provincial town of Pattani described their feelings towards the unrest as ‘indifferent’ or ‘just normal’. Their perception of the insurgency had been signiﬁcantly shaped by encounters with army counterinsurgency efforts rather than with insurgent violence. One of the sites of regular encounters with soldiers were army road checkpoints, where soldiers are required to check passing trafﬁc to determine and arrest potential suspects. To my initial surprise, however, the majority of girls did not express feelings of fear or anxiety when describing their encounters with army personnel in interviews. By contrast, a number of them openly admitted their ﬂirtatious admiration of soldiers, and often referred to the fashionable look of the military uniform. My increasing interest about the uniform was met with giggling responses, and girls explained their fascination by describing the army costume as ‘tae’, a Thai expression meaning smart, handsome and trendy. Elaborating on reasons why some girls liked soldiers, 19-year-old Mariyam, for instance, clariﬁed: “If you wear the soldier’s uniform, it looks tae … Even someone who is not handsome but wears the uniform looks ‘tae”.

A second crucial unifying thread concerns the relation of masculinity to violence. Here the rethinking is even clearer, disentangling military masculinities from war as such. Most prominently, Luisa Maria Dietrich challenges the connection between masculinity and violence by showing how involvement in guerrilla organisations undid pre-existing identities, enabling female fighters to gain the status of heroic combatants and leaders usually reserved for men, and re-valuing activities and emotions commonly designated as ‘feminine’ (cooking, tenderness, mourning) such that male guerrillas embraced them and reflected on them fondly. As a female veteran of Colombian conflict put it

There is one thing in armed struggle that allows for more equality. In the context of armed struggle, there is no merit that you didn’t need to earn, because life itself was at risk . . . There is no such thing as ‘he is more handsome’, those things do not matter . . . And if it’s a woman or a man does not matter. What matters is getting us out of this problem, so there it is about who is most capable.

And another, on the reconfiguring of gender roles:

Many comrades acknowledge it, and it would be interesting to establish why . . . the M-19, they say, was a more feminine than masculine organization. Well, and they argue that it was more open, more connected to pleasure . . . I feel it was a more modern guerrilla, … but it did not cease to obey social orders.

In Peru too, male veterans recounted experiences of transformation:

Male tenderness . . . which is there, or at least I have experienced it with people, with whom we joined together in the early phases and also served time in prison. I believe that there develops a very, very strong feeling, which is beyond gender . . . being a militant and living in the underground makes you tough, but at the same time allows new forms of tenderness, a tenderness, which you would not express in a normal situation. . . . there was a lot of affection between men . . . But it was not a gay thing. Not at all. It was masculine affection of support and of strength.

Tellingly, it was in the period after war when gender norms retreated to older patterns. Putatively ‘non-gender’ factors, such as political vision and class dynamics, are shown to have a major impact on ideas of appropriate gender identity, just as the conditions particular to private military contracting contribute to the status of fratriarchy as a dynamic within Higate’s account of hazing (as previously discussed). 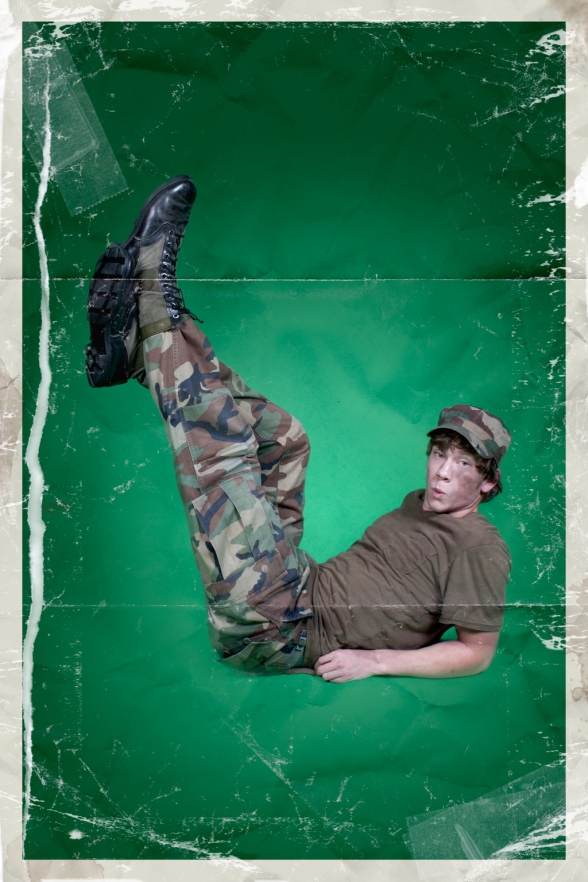 Across the cases, masculinities do intersect with violence, but in sometimes surprising ways. For example, masculinity and conflict may be connected as much by the restraint of violence as by its promotion. Consider Streicher’s Thai soldiers, rendered attractive as symbols of cleanliness, civilisation and modernity; or MacKenzie and Bevan’s New Zealand police officers, emphasising their training and experience as pacifying aggression; or O’Reilly’s reading of Paddy Ashdown as protective father, using his implied strength to settle otherwise warring children.

Finally, these close readings reveal a series of disjunctures, slippages and paradoxes in the performance of masculinity. Attempts to articulate a particular form of masculinity fail, remain partial or appear as always in process, part of more-or-less conscious projects of national identity-making (Streicher), of undoing and reforming a particular notion of sovereignty (O’Reilly), of narrating the mission of international ‘assistance’ (MacKenzie and Bevan), of privatising force in the service of imperial and hegemonic power (Higate) and of revolutionary transformations of social class (Dietrich). So we are reminded again that masculinity (indeed, all gender) is always incomplete, but in a constant dialectic – shifting in different fields, and established temporarily and evasively.

And yet all this also gestures towards some continuing problems in the analysis of masculinities and violence. The process of ‘rethinking’ always leaves one open to the charge of having forgotten some old lessons. In particular, the analysis of a series of phenomena adjacent to violence (the party as a male-bonding session, the association of the uniform with state identity, the conditions of guerrilla life, training for peace-time policing or the written reflections of a High Representative) may lead us to neglect the role of masculine violence itself. The field of war envelops much beyond combat, and to speak of a ‘conflict setting’ is to speak of much more than fighting, killing and dying, which take up a relatively small part of it. And yet it is these activities – the fighting, killing and dying – that are transformative, and it is in relation to them that other martial practices are aligned. They are complex forms of social organisation, but it is the violence which they organise. This need not imply any functionalist support, as if uniforms only exist so that there can be armies, but it does suggest a need to remain attentive to what it is that violence itself accomplishes in gender orders. We do not, then, propose that masculinity and violence have been successfully rethought wholesale, but these papers (which you should now go and read) do expose, interrogate and assess gender and violence as interwoven processes in motion. Which is a pretty good start.

3 thoughts on “Rethinking Masculinity and Practices of Violence”