A guest post on the state of International Relations from Felix Berenskoetter. Felix is Lecturer in International Relations at SOAS, University of London. He holds a PhD from the LSE and works on theories and concepts in IR; politics of space and time; critical approaches to European Security, and dynamics of friendship and estrangement in transatlantic relations. Felix has published articles in various journals, is a former editor of Millennium and co-editor of Power in World Politics (Routledge, 2007). He is also co-founder and current chair of the ISA Theory Section.

In case you missed it, recent ISA and BISA conferences saw panels contemplating whether ‘IR Theory’ has come to an end. This question, posed by the editors of EJIR, was discussed by a range of distinguished scholars whose answers ranged from ‘yes’ to ‘no’, in the process reflecting on the meaning of ‘theory’ and ‘end’. While state of the art exercises can be tiring, the contributions will be worth reading when they appear in an EJIR special issue later this year.

Yet I could not help wondering what the answers would have been had the panels featured not established professors, but junior scholars at the start of their career. Indeed, would it not be more adequate to have the latter group engage this question? After all, they tend to be the ones teaching introductory IR courses, which are expected to give an overview of theoretical arguments and debates. And they enter the profession with a significant research project under their belt (the PhD), which informs their first wave of publications and likely influences future projects that will shape the field. So what does that generation think of ‘IR Theory’? What theories and what kind of theorizing is prevalent in their teaching and writing?

These questions are important, not least because they can illuminate where the field of IR – to the extent that it is constituted by (shared) theoretical knowledge – is heading. Related, they might tell us whether junior scholars form a new generation of IR theorists, i.e. if they are advancing new theories, ways of theorizing and theoretical debates that mark them as a distinct generation.

While I count myself amongst this group, I do not have the answer(s). But let me share some observations and reflections. On the face of it, there is no escape from IR Theory represented by the ‘isms’ and associated debates, traditionally dealing with conflict and cooperation in interstate relations. They are locked into introductory courses and textbooks and are rehearsed in classrooms year by year. Yet how do we teach these theories (or paradigms)? Are we affirming them, or are we telling our students they are outdated? Are we treating them as part of a tradition that gives us timeless truths, or as historical artefacts that are no longer relevant? If the latter, do we provide our students with alternatives?

The answers probably hinge on what theories we use in our own work, and how we use them. Surely, as students we learned about the dominance and critical dismantling of neorealism, the ascent of constructivism, feminism, post-structuralism, the enduring prominence of rationalism and institutionalism. Some of us are also familiar with theories of European integration, the English School, or Marxism. Sure, attention to and treatment of those theories varies from place to place. But let’s assume we – the ‘junior scholars’ – know the core arguments and understand their impact, their analytical value as well as their limitations.  The question is, do we find them useful?

One way to get to the answer would be to survey the theoretical content of PhD dissertations, conference papers and publications by junior scholars over the past five years or so. I did not do that, but from what I read and from chatter at conferences, it seems that the majority of my peers find the ‘isms’ and associated debates inadequate, if not irrelevant. They don’t inspire to ask new questions and they don’t have good answers to the questions we are interested in (a sentiment echoed in YouTube polemics and in a recent survey noting a declining popularity of the core paradigms).

This is not really surprising as all theories are products of and for particular socio-historical contexts. The established theories we find in textbooks were developed by previous generations and, for the most part, by white men based in the US. While those of us now entering the profession cannot escape the socialization effect entirely, my sense is that few have invested in, or feel particularly attached to, these theoretical debates. Instead, we engage the study of world politics on the back of experiences and with outlooks and commitments that don’t resonate with the ‘isms’. In that sense, IR Theory is at an end. 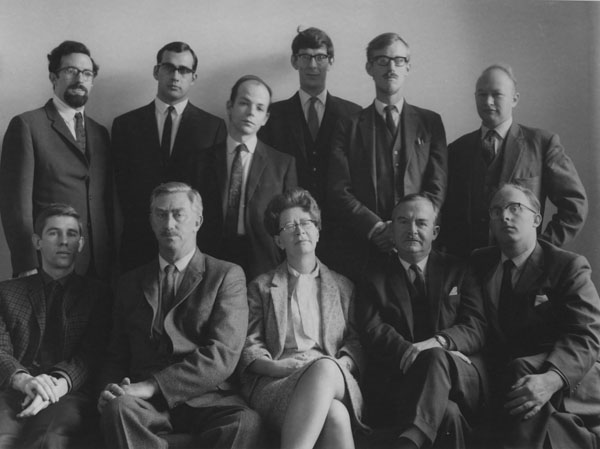 Yet, of course, that holds true only if we employ a particular understanding of IR Theory. There is no lack of theorizing amongst junior scholars whose background and outlook is arguably less American than that of previous generations, and whose conceptual work draws on political theory, philosophy, sociology, history, psychology, religion, geography, media studies, literary studies, etc – the list goes on. These creative endeavors offer fresh angles on world politics, its very conception and how to study it.  The question is, do the authors still identify with ‘IR’ as an intellectual home?

Here I am not sure. I often hear some of my most creative colleagues – who also regular attend ISA conferences – saying ‘I don’t do IR’.  When pressed, this stance is explained with the aforementioned dislike of or, more precisely, disinterest in the ‘isms’ and associated debates. In a way, this rejection of the IR label is a logical move for those seeking to distance themselves from established thinking.  And yet it also has the unfortunate effect of perpetuating a narrow reading of (theorizing within) IR. This does not have to be the case.

For one, the ‘isms’ are not closed, static paradigms with clear arguments set in stone. Everyone who has ever tried to comprehensively survey an ‘ism’ knows they are diverse and dynamic bodies of thought. And they are not owned by anyone, least of all by those generally cast as representatives. Furthermore, many ‘classic’ works in the field, even if written some time ago and from a particular point of view, contain sophisticated insights about politics and the human condition. Their authors often practiced multi-disciplinarity, that is, they were well read in a range of fields of knowledge, and many would not be able to locate their work amongst the ‘isms’. Textbooks and standard literature reviews tend to ignore this in their attempt to simplify theories and core authors for easy digestion, downplaying context and ironing out creative tensions and contradictions so students don’t get confused. Similarly, the scientific-methodological ambitions underpinning much (mainstream) IR scholarship tend to cast theories in a rather sterile light. We should not forget their richness, however, and their potential for conceptual inspiration.

More importantly, I don’t think it is necessary to engage with literature considered part of the ‘canon’ to be part of the field of IR. It would be a tragedy if creative scholars concerned with issues of word politics shun the association with ‘IR’ because they feel that the field is defined and dominated by theories they don’t find useful. After all, the label ‘IR’ does not belong to a particular set of theories, but to a scholarly community. Theoretical inspiration can come from anywhere, and professional organizations such as ISA now showcase a variety of interests and outlooks at their conferences, suggesting that one can belong to an IR community without being disciplined by a particular conception of the ‘international’.

Indeed, if anything, a hallmark of IR as a field of knowledge is that its boundaries are unclear. And while there will always be some who, in their attempt to clarify these boundaries, try to keep the theoretical scope narrow, there will be others who open new doors and offer new ways of seeing, widening the field in the process. To ensure the latter, however, it is crucial for junior scholars to consciously, and visibly, claim theoretical space within ‘IR’. If this happens, talk about ‘the end’ makes no sense. At best, it’s the end of IR Theory as we know it.