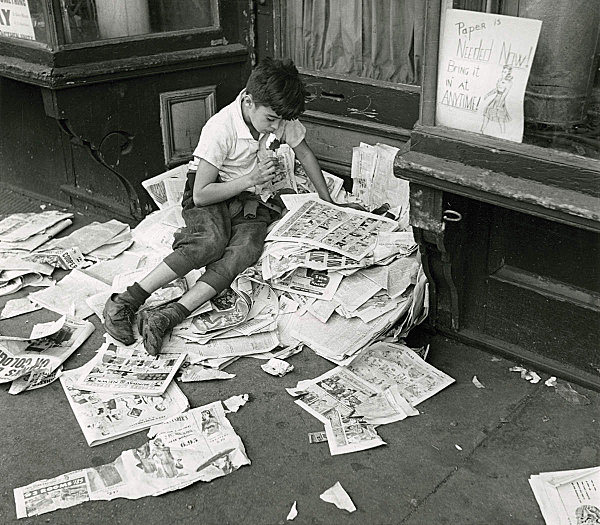 David, my erstwhile ‘parasitic overlord’ from when I was co-editing Millennium, points me to some posts by Kent Anderson of the Society for Scholarly Publishing, who defends the industry on a number of grounds from Monbiot’s polemic against the journal racket. The comments threads on both pieces are populated by academics who agree with Monbiot and by publishing industry colleagues who agree with Anderson (and who alternate between dismissing and being personally offended by the original Monbiot column). The core counter-argument is that this anti-corporate, out of touch, ‘wannabe-academic’ day dreaming is old hat, and stands up no better now than it did when it was demolished at some unspecified point in the past.

Most crucially, Monbiot’s central exhibit (that companies consistently make 30-40% margins on the distribution of work already paid for by the public purse) is almost entirely passed over. Anderson coyly suggests that maybe publisher margins are that high, but maybe they’re not. Despite working rather closer to the heart of matters financial than do the rest of us, he provides no settling of accounts either way. In any case, however much it costs, and however much publishers make, it’s good value, apparently by definitional fiat. Since libraries keep paying the money, and since academics keep submitting papers, it is ‘idealism’ (remember that?) to complain about the current balance of power.

This is the familiar circular logic of neoliberal reason: privatised arrangements are beneficial because they will make the system more efficient and less costly. But if the rate of profit does not fall in line with the expectations of open competition, then it must mean that the rates charged are true equilibrium prices. Nevertheless, complainants citing high margins are referred to the benefits of privatised arrangements and assured that competition will bring prices down. Even though £200 million each year, or 10% of all research funding distributed by HEFCE (the academic funding council for England), ends up being spent on journal and database access by academic libraries. [1]

Yet Anderson also argues that access isn’t a real problem. Ignoring the double bind this puts him in (if anyone can access the content, but only a few institutions pay for it, how is it that the system is able to maintain such profits in the face of ample opportunities for free riding?), he says that “more than 97% of journal articles are easily or very easily accessible to people in the Western world”. This is disingenuous. Luckily, you won’t have to pay £25 to discover what the research actually says. The paper cited does not show that journal content is de facto accessible to everyone. Instead, it states that of those academic researchers surveyed who work in universities or colleges, 94% reported that accessing journal articles was fairly or very easy (increasingly to closer to 97% for Europe and North America). In other words, if you have a research job in a university, you find it easy to read academic articles. This is obvious, and has no bearing at all on the actual argument for dismantling barriers. The problem for university libraries is cost, not access. For independent researchers and the general public the issue is cost and access and the potential detriment to free and open debate.

But on Anderson’s account this cannot be a problem because he does not recognise academic products as commodities at all, and hence denies that one can have a monopoly of them. Perhaps he has a similar attitude to ownership as Joe Pasquale does. The points appears to be that: a) papers are non-substitutable, and therefore academic publishers are not really selling them like they would do gold or oil or whatever generic stand-in you prefer; and b) authors yield power over where to send their work and so cannot be under the thumb of publishers. I guess this makes academic publishing a mere distribution mechanism, since Anderson also denies that it is some kind of service.

But the products of academia are clearly economic goods in the relevant sense. The non-substitutability of papers does not mean that they are differentially priced, since access costs depend on publisher pricing across their range. Moreover, they are not entirely exclusive goods. All academic papers are beautiful and unique snowflakes, to be sure, but there are also numerous texts available on any given topic, and the whole point of the paywall is that readers don’t really know what content they’re going to get beyond the abstract. The existence of multiple publishing houses and high margins might indicate oligopoly (as some have suggested), but the terminology is rather secondary. The critique – that publishers extract excessive profits based on the power they enjoy within the market place – stands. And the wider complaint – that the current ways of funding research and paying for content are part of a damaging trend of the commodification of the academy – is also unaffected by such tactical misrepresentation.

Throughout these discussions, there’s a reliance on the idea that academics are in some sense compensated, either in prestige terms or in deferred income, for the effort involved in research and peer-review, and therefore that the absence of any direct returns to them from the publishers is justifiable. This is a trope that has become increasingly widely adopted, particularly in discussions of precarious work, where voluntary labour today is thought of as compensation retrospectively awarded via hypothetical future income. I don’t deny that academics get things out of journal publication, but this mode of accounting is rather suspect.

Leaving aside the implausibility of the idea that you get meaningful promotions in proportion with your willingness to contribute to peer-review, the point is that none of the putative financial returns on journal publishing come from the coffers of those who profit from publishing academic work. It is this disjuncture which presumably accounts for the returns on investment, since it in effect means that the content of academic journals is provided to publishers for free, a situation not found in other forms of publishing (books, magazines, newspapers) in which the authors and journalists are paid by the same entities which sell their product and reap the rewards of those sales.

Of course there is ‘added value’ provided by journal publishing, but it’s still not at all clear that the costs of editing, type-setting, printing and marketing involved should be more than those in other print media, even if we accept that it should be possible to make private profit from the results of publicly-funded research, which is a very big ‘if’ indeed. Instead, it’s plausible that the costs are much lower, since significant parts of the editing work (initial selection, assessment of contribution, structural changes, any checking of references and facts, promotion by citation or inclusion in course readers) is also carried out almost entirely for free by voluntary academic labour (I say almost ‘only’ to cover the honorariums that some Editors do receive). The question is whether the value added is in proportion to the value extracted.

In sum, the response of publishers leaves the underlying charges unanswered, and instead raises subsidiary points, occasionally relevant, which do not refute them. It is true, for example, that the sheer volume of academic literature now accessible creates new problems, but then the increase in journal titles is itself not unrelated to the profitability of such ventures. It is true that academic expertise is a kind of filter between niche publications and public discussion, but this doesn’t mean that wanting to read a peer-reviewed paper on American foreign policy is like wanting to treat your own cancer on the basis of an introductory medical text you’ve found. [2]

And it is true that these dynamics are essentially driven by the system of reward created by government and enforced by universities through prestige measures like the REF, which is why the question of academic publishing has to be considered not merely as a question of corporate practice, but as of a piece with the entire political economy of the contemporary academy.

[1] At one point Anderson resorts to the hilariously bad argument that massive profits for academic publishers are in fact a form of wealth redistribution, since the profits go to shareholders, and these shareholders are themselves taxpayers, constituting a return to taxpayers of the investment they initially put in to funding the research in the first place. Credit that if you can.

[2] Speaking of medicine, I’m particularly taken by the fact that so many academic open access activists work in the sciences (although there are, of course, exceptions). Not only are they more militant and persistent in their critiques of academic publishing, they also do so against a background of many more open access resources than is the case for the social sciences. I am not aware, for example, of any IR resource even vaguely comparable to arXiv, BioMed or PLoS One. The Social Science Research Network doesn’t seem to host journal-quality papers in anything like the same numbers, and I’ve never come across it in conversation (and yes, that’s an anecdote easily dismissed on grounds of my unprofessional ignorance). Moreover, scientists seem more willing to work outside the formal journal system even though the potential problems of misunderstanding specialist language are greater. Why is this?

8 thoughts on “Commodification, the Academic Journal Racket and the Digital Commons”