Human Rights as a Democratising Ethos

In part 1, I analysed human rights as an attempt to offer a universal moral justification of political authority. This is a perennial political question, but one which is reconfigured by talk of “human rights”, as the political identity of humanity opens up question over who is included in political community, as well as the boundaries that define such communities. The stakes of the question of human rights – offering a universal account of who is included as a rights bearing member of the political community, and the legitimate order of that community – lead to a profound anxiety over justifications. The moral reasons we have to uphold human rights should be weighty, powerful and certain – or so the logic dictates.

What emerges from this logic is an essentially legislative understanding of human rights, in which moral principles give justification for the necessary and minimal law to grant legitimacy to the universal vision of both individual and community. If this moral law is to be more than an imposition of power, a merely effective positive law, it must involve a universal moral appeal that cannot be denied in order to secure human rights as the necessary law of legitimate authority. In this regard Habermas’ defense of moral universality and human rights are indicative and sophisticated examples. (Habermas 1992, 1998)

If one takes an agonistic and pluralist view of human rights, and political ethics more generally, this legislative account becomes untenable. In place of this another understanding of how moral principles relate to political practice becomes necessary – generally that alternative understanding can be conceived of as an ethical rather moral orientation. While this invokes a long and contested debate in philosophy over the difference between ethics and morality, the underlying idea is simple: an ethos, or ethics, does not aspire to neutrality, absolute rational validity or universal objectivity, but instead acknowledges its own particular context, its specificity in an existing social world.

Embracing contestability and pluralism leads to an account of human rights as an ethos, an ethos of universal concern but not one conceived of as a legislative morality. Human rights put forward a particular orientation and a set of goods to be pursued that does not have a final or absolute justification, but they do guide political action. The ethos of human right, however, it itself plural and the ends it leads us to pursue are neither singular nor necessarily comprehensive. Richard Rorty was among the first to conceive of human rights in these terms, but suggested a rather uncritical liberal ethos. (Rorty 1993) Others have expressed human rights as a Western democratic ethos that acknowledges its own contestability (Mouffe 2011). An ethos of extending responsiveness to human suffering by widening the our sense of who counts as human motivates other approaches (Butler 2004).

My own view builds on that developed by Bonnie Honig (2009), who sees human rights as an expansion of a democratic tradition of activism in revolution, in which rights express new claims upon the political and social world. It is this notion of rights as a democratising ethos that I want to explore here. Claiming that human rights is a democratising ethos is not simply to suggest that democracy is a human right, but rather that one of the most important things that human rights have done and can do is to democratise social life by enabling new claims to be made against the established social/political order in the name of an ambiguous and universal “human” identity.

Once we recognise rights as established relations of obligation and privilege, which uphold the contingent value of particular ends, we can see the rights are always political, whether we are defending existing rights or claiming new ones. A democratising ethos of human rights, then, is concerned with two essential tasks: (1) expanding the notion of who counts as human (and, as importantly, how they count as human) in order to include the ambiguous plurality of humanity in our understanding of human rights; and (2) to democratise political community, to open up relationships of authority to greater participation by a democratic community that is itself ambiguous and always in the process of becoming – which involves not only expanding democratic forms of authority and control, but also breaking down the traditional mental and physical boundaries of political community.

While this ethos does not offer universal commands – the act of judgment, which suggest which end should be pursued in a particular situation, is inherently dependent upon a specific context – it does suggest certain virtues that maintain and develop a democratising orientation. In suggesting these virtues I draw directly from William Connolly’s (2005) work and argue that his account of agonistic respect and critical responsiveness as pluralist virtues should inform human rights. Agonistic respect preserves plurality by requiring us to acknowledge the values of others, which may be different from our own and difficult to accept, and engage with them respectfully. This involves an appreciation of diversity, a willingness to understand others, an ability to see how someone can value differently than oneself, a commitment to democratic community that allows us to engage in political contest, and in some instances the courage to oppose and fight against values that we cannot accept. Critical responsiveness forces us to interrogate our own values and place within the various political communities we belong to, as it requires a willingness to listen to the claims of others, to attend to suffering, exclusion and exploitation, to investigate how our own privileges and power press upon the lives of others.

As a human rights ethos this requires us to look to established norms and practices of human rights, to understand how they relate to other ethical orientations and to interrogate the power conventional human rights have in contemporary politics. Further, in the ongoing work of protecting and claiming human rights it encourages plural assemblages of political actors rather than a single and determinate human rights project. It also focuses on the plurality and ambiguity of those struggles that invoke human rights, suggesting that even while human rights may be a common political language it does not guarantee that all of us who invoke it mean the same thing or can understand one another easily. 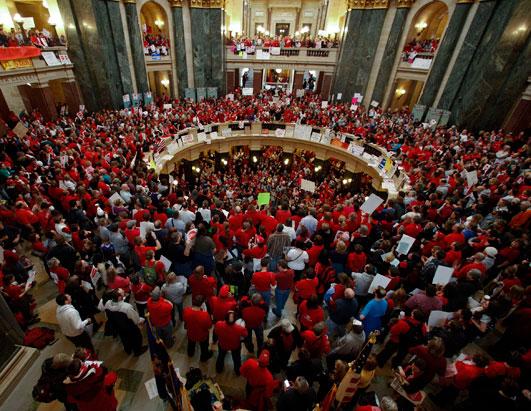 The argument in these posts is largely aimed at those who see themselves as human rights supporters – who must acknowledge their own power position and the power of their dominant discourse. There are many open questions about how far the marginalised, oppressed and radically minded may find human rights a sufficient discourse. While this is a problem for conventional justifications of human rights as necessary moral principles, an agonistic and pluralist approach to human rights would only expect such discontinuity – importantly this provides a critical perspective on human rights, highlighting limitations and expanding the human rights imagination, as well possibilities for a new and/or different political ethics in world politics.

2 thoughts on “What We (Should Have) Talked About at ISA: The Politics of Humanity and The Ambiguous History of Human Rights – Part III”