Our third post in the symposium on Lauren Wilcox’s Bodies of Violence comes courtesy of Alison Howell (the first two posts can be found here and here). Alison is an Assistant Professor of Political Science at Rutgers University, Newark. She has written on topics relating to the international relations of medicine, health, security and warfare. Her first book, Madness in International Relations examined the role of psychology in global security practices.

I have a confession to make: at the last ISA, swept up in the magic of New Orleans, I rekindled a romance. I should probably clarify that I’m not talking about one of those salacious romances that one hears rumors of on the Hilton elevator. No, I’m talking about my relationship to FTGS specifically, and feminist IR more generally.

When I first started going to the ISA a little over ten years ago, I felt strongly identified with FTGS. Though I consider my research feminist (amongst other things), and though, for that matter, I’ve continued to pay dues to the FTGS section as a kind of hopeful political act – still the romance didn’t last. Partly my intellectual curiosities took me in different directions. I also had trouble articulating some of the problems I had with the deployment of some concepts in feminist IR (especially the concepts of trauma, and also violence, which I’ll return to in a few paragraphs).

But lately I’ve been feeling flirtatious with feminist IR again. In part, this is because I’m finally getting some clarity on why I have disagreements with some feminist thought in IR (and thoughtful disagreement is a kind of engagement). It’s also because I think that feminist IR is beginning to be more diversely peopled and theorized. For these reasons, I was excited to find Lauren Wilcox’s impressive book in my possession, a book that appears as part of Oxford University Press’s Gender and International Relations series, a perch from which it is pushing feminist IR in some new directions.

Wilcox’s book is novel in that it works to systematize an approach to the body in IR. To date, a focus on the body as a site of theoretical concern in IR has been piecemeal, though certainly not absent. Yet what Wilcox achieves in placing the body and embodiment as central conceptual artifacts in Bodies of Violence, is to freshly open up a number of thematic concerns and questions for the study of global politics.

The book certainly succeeds in its stated task: that of placing the body as an analytical focal point, of mapping how scholars may go about doing this, and of exploring what scholarly resources beyond IR can be called on in order for IR to treat embodiment more systematically. Wilcox’s approach is clear. She argues that it is feminist theory, and more particularly the work of Judith Butler, that we should turn to since ‘feminists have been at the forefront of exposing the political roots and implications of discourses of the “natural” body’ (p. 34).

In doing so, however, the book invites the question: Is feminist theory – and Butler’s work in particular – the best port of call for IR to theorize the body? No book should be expected to cover all possible angles of inquiry, but to claim that feminist theory is at the forefront or best positioned to study the body begs the question of what the other potential resources and approaches to embodiment are, and what they might alternatively offer IR.

In particular, it seems pressing to ask whether ‘the body’ and ’embodiment’ are equally valuable concepts upon which to build (IR) theory. Can a theory rooted in a singular concept of ‘the body’ take full account of difference? Can it register the diverse ways in which different bodies become subject to and constituted through power and violence, or management and governance?

Wilcox does amply illustrate that there is no such unitary thing as ‘the body’. In this sense, the book serves less as the final word on embodiment in IR (as though any book could produce a ‘final word’), than as an invitation to open up the possibilities of other modes of inquiry into the question of embodiment in IR. Beyond the bounds of feminist approaches, there are a number of opportunities for taking seriously the multiplicity of ways in which embodiment is produced. A couple of examples come to mind:

For one, there are long-standing traditions of theorizing embodiment and de-naturalizing ‘the body’ in anti-racist, postcolonial, and disability scholarship. These critical traditions should not be subsumed under the category of feminist scholarship, though they do certainly engage with feminist theory, often critically. They make unique contributions to theorizing embodiment, often through intersectional analyses.

Bodies of Violence does take up many texts from these traditions, but, for instance makes use of Margrit Shildrick’s and Jasbir Puar’s earlier work on the body, without also contemplating each of their more recent work on disability and debility.

The study of the politics of disability is not merely esoteric, nor is it a matter of recent academic fashion. Rather, these fields are fundamental to forging better accounts of global politics. Disability studies scholars are certainly talking about global politics, and the field offers significant and new understandings of everything from humanitarianism, to international development, to war and military studies, to global health. Wilcox’s book will hopefully serve, through its argument that bodies and embodiment are important sites of global politics, as an impetus for IR to take up these fields.

A second line of inquiry a renewed focus on embodiment potentially suggests might center around the as-yet unmet potential for studying the role of medicine in IR. The sine qua non of medicine is, after all, the body, and if embodiment is important in the study of IR, then we should also be studying that system of knowledge and practice that has taken for itself authoritative dominion over bodies and that does the kind of productive work in relation to embodiment that Wilcox is interested in illuminating.

As with disability studies, there is a significant literature, in this case emanating out of medical anthropology, medical sociology, bio-ethics and history of medicine. Again, many such scholars are thinking about these issues in global and feminist terms, suggesting natural links with IR. We might hope that Bodies of Violence will contribute to opening up IR to these areas of inquiry on the politics of embodiment.

But what of the book’s other titular concept: violence?

Bodies of Violence suggests that to study embodiment is also to study violence. Yet violence is a concept and not merely a bare fact: ‘violence’ is a way of making sense and grouping together a number of practices. In the case of Wilcox’s book, this means bringing together everything from detention, to precision bombing, to airport security.

In my opening confession I alluded to having concerns about the treatment of the concept of violence in feminist IR, and IR more generally. Some of the foundational texts in feminist IR that continue to have reverberations in the present-day certainly made use of resources that were available and popular in feminist thought more broadly in the 1970s and 80s, including Radical Feminist theorizations of violence.

Indeed, part of why it made sense for feminists to think about international relations was precisely because radical feminist theory had already been making connections between forms of violence considered ‘personal’ (domestic violence) and forms of violence in the ‘public’ and international domain (war, and especially the Vietnam war) – ascribing each to an overarching system of patriarchy.

As a result, lurking in the background of some of feminist IR’s history and present is an approach to violence drawing explicitly or implicitly from an essentialized conception of sex (that women are naturally peaceful, while men are violent, or that violence is solely an effect of patriarchy). While most feminists have moved on from expressing these positions explicitly, a focus on ‘violence’ often remains rooted in this history.

Part of what Wilcox’s book provides is a means for wrangling feminist IR theory once and for all away from these essentialized concepts by deploying Butler: a destroyer of essentialisms if ever there was one. Butler’s work has been central to de-essentializing both sex and gender, thus undermining radical feminist theories of violence that ascribe peacefulness to women and violence to men.

Yet Butler’s work is less useful as a tool for excavating the particularly racist and Eurocentric forms that radical feminist thought on violence has taken.  Instead, we might look towards Audre Lorde’s debates with Mary Daly, and to the succeeding traditions of anti-racist feminist thought. 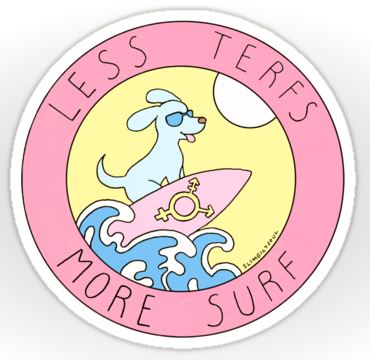 Moreover, a number of its key proponents have direct ties to the exclusion and harassment of trans women, including lobbying for denying them healthcare coverage in the US, for instance. It is for these reasons that many activists are now lobbying organizations like the Southern Poverty Law Center to include TERF groups in their tracking of hate groups in the US, alongside white supremacists and others.

Put differently, we might say that violence has often inhered in feminist uses of the concept of violence, and that these have had very serious consequences in practice.

If we are going to do the work of grappling with the historical roots of feminist IR’s interest in bodily violence, then we are going to have to talk about what we are retaining, perhaps without even realizing it, when we deploy these canonical feminist concepts.

Certainly then, there is great potential for taking stock of where feminist IR is situated now precisely through an examination of the concept of violence.  We might then ask the question: What ideas about violence have we adopted from this lineage, and in what ways can we re-think violence in feminist IR?

For instance, a debate about how we deploy the concept of violence might open up a more frank discussion about the whiteness of much feminist IR theorizing. I am perhaps less certain than Wilcox about whether Butler is the best resource with which to accomplish this task. Using Butler’s theorization of embodiment only gets us so far in answering these questions.

In other areas, Wilcox fruitfully draws on Barkawi and Brighton’s argument about the generative qualities of war – this, it seems to me, is fresh and exciting, particularly given that feminist IR has tended to focus primarily on war’s destructive capacities, rather than its productive ones.

It would be interesting to see this line of thought, which works in part through attention to colonial histories, brought into further conversation with debates on the concept of violence in IR, and perhaps particularly in feminist IR. This might bring further clarity about what can be gained from the critical study of violence, and how this differs from or links up to various modes of study cohering around critical security studies, critical military studies, and critical war studies.

I suspect that it is through such a broad scholarly conversation that IR may be in a position not only to adopt the insights of disciplines beyond its bounds, but also to speak back to these fields by illustrating what IR, in particular, has to offer to feminist and other critical thought. In order for this to happen, those of us who identify as feminist IR scholars need to move beyond a feeling of ‘closing ranks’, ostensibly in response to embattlement from traditional IR. It is time to open up a more robust debate about what it is to do feminist research on global politics. Bodies of Violence seems poised to spark just such debates.

5 thoughts on “Bodies, and Violence: Thinking With and Beyond Feminist IR”