The penultimate post in the symposium on Lauren Wilcox’s Bodies of Violence before the author gets the opportunity to respond to all the participants. Previous contributions come courtesy of Kevin McSorley, Ali Howell and Pablo – Lauren’s opening post can be found here.

With Bodies of Violence, Lauren Wilcox performs the much-needed service of bringing the body back to the foreground of international politics. Through both sophisticated theoretical exegesis and a rich treatment of relevant empirical material, the work insistently underlines why embodiment matters in contemporary practices of violence and how so many accounts of international relations to date have been deficient in this regard. To any that might still doubt it, Wilcox further demonstrates how the insights developed by feminist theory are not restricted to its primary object of gender and makes a compelling case that we find in this body of work one of the most important repositories of conceptual resources for thinking physical embodiment and the normative social frameworks in which such embodiment is lived out.

Perhaps Wilcox’s most important theoretical commitment in the book is her steadfast refusal to take bodies, and by extension political subjects, as given. Instead, bodies are always to be conceived of as in-formation, produced within and bound by normative orders all the while resisting and exceeding them. The human body should therefore not be treated as the basic unit of social ontology or serve as the fixed atom upon which the edifice of political theory is to be constructed (as exemplified by liberalism’s usual reliance on the sovereign rational individual). Drawing in particular on Judith Butler’s work, Wilcox proposes rather to conceptualise the subject as ‘ontologically precarious’ (p.190) and our political orders as accordingly contingent and open-ended. Violence is here taken to be of critical importance since it cannot be considered as ‘merely harmful but is constitutive of the embodied subjects of IR’ (p.28).

Bodies of Violence offers much stimulus for reflection but I will limit my comments to developing two lines of thoughts which are presented here as much as general provocations than as pointed questions to Wilcox. The first concerns the status of pain within the ethico-political imaginaries of modern societies, the second pertains to the relation of the posthuman military body to prevalent corporeal norms.

END_OF_DOCUMENT_TOKEN_TO_BE_REPLACED

Our third post in the symposium on Lauren Wilcox’s Bodies of Violence comes courtesy of Alison Howell (the first two posts can be found here and here). Alison is an Assistant Professor of Political Science at Rutgers University, Newark. She has written on topics relating to the international relations of medicine, health, security and warfare. Her first book, Madness in International Relations examined the role of psychology in global security practices.

I have a confession to make: at the last ISA, swept up in the magic of New Orleans, I rekindled a romance. I should probably clarify that I’m not talking about one of those salacious romances that one hears rumors of on the Hilton elevator. No, I’m talking about my relationship to FTGS specifically, and feminist IR more generally. 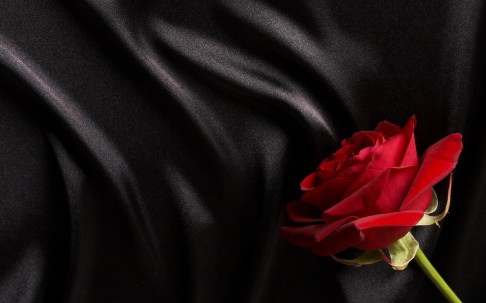 When I first started going to the ISA a little over ten years ago, I felt strongly identified with FTGS. Though I consider my research feminist (amongst other things), and though, for that matter, I’ve continued to pay dues to the FTGS section as a kind of hopeful political act – still the romance didn’t last. Partly my intellectual curiosities took me in different directions. I also had trouble articulating some of the problems I had with the deployment of some concepts in feminist IR (especially the concepts of trauma, and also violence, which I’ll return to in a few paragraphs).

But lately I’ve been feeling flirtatious with feminist IR again. In part, this is because I’m finally getting some clarity on why I have disagreements with some feminist thought in IR (and thoughtful disagreement is a kind of engagement). It’s also because I think that feminist IR is beginning to be more diversely peopled and theorized. For these reasons, I was excited to find Lauren Wilcox’s impressive book in my possession, a book that appears as part of Oxford University Press’s Gender and International Relations series, a perch from which it is pushing feminist IR in some new directions.

Wilcox’s book is novel in that it works to systematize an approach to the body in IR. To date, a focus on the body as a site of theoretical concern in IR has been piecemeal, though certainly not absent. Yet what Wilcox achieves in placing the body and embodiment as central conceptual artifacts in Bodies of Violence, is to freshly open up a number of thematic concerns and questions for the study of global politics.

END_OF_DOCUMENT_TOKEN_TO_BE_REPLACED 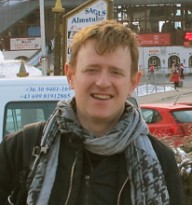 We are delighted to welcome Kevin McSorley for the second post of our symposium on Lauren Wilcox’s Bodies of Violence. Kevin lectures in Sociology at the University of Portsmouth. His work explores war, violence and militarism through the lens of embodied, emotional and sensory experience. His scholarship has explored contemporary conflicts including those in Chechnya, Iraq and Afghanistan, as well as analysing phenomena including the global arms trade, military fitness regimes, and helmetcam technologies. Recent publications are available at Academia.edu.

Lauren Wilcox’s Bodies of Violence: Theorising Embodied Subjects in International Relations is an extremely welcome addition to a growing corpus of recent scholarship that attempts to foreground the body and embodiment in the analysis of topics such as war, violence and security. Wilcox argues that IR has historically constituted itself as a discipline partly in terms of the exclusion of the detailed consideration of the body and embodiment, concerns which have rarely been admitted as core to a discipline whose interests supposedly lay at higher levels of abstraction. Indeed, the absenting and sequestering of the bodily and particular bodies has been central to the formation and history of many academic disciplines, modern social and cultural formations, and the organisation of much mundane experience. Relatedly, it is often specifically in occurrences and encounters of bodily discomfort, illness, estrangement, harm, failure, violence and pain that the body may assume a renewed experiential salience in everyday life. The under-theorisation of embodiment thus seems particularly paradoxical for a discipline such as IR, whose analytic remit encompasses the organisation of violence and pain for political ends, phenomena which can hardly be adequately understood without attempting to think through the multiple ways that violence and pain are intimately related to the in/abilities of bodies to engage in particular sense-making, meaning-making and worlding practices. Indeed, such under-theorisation may be more than just paradoxical, for abstract strategic thinking that avoids acknowledging bodies has historically been complicit with particular expert modes of knowing and doing violence.

Wilcox’s project is thus a necessary intervention that grapples meaningfully with the disembodied soul of IR and I am thoroughly supportive of its ambitions. The body is one of the most plural and contested concepts in social science but Wilcox initially argues that, when considered at all, the way that it has typically been rendered through the realist and liberal traditions of political thought that inform IR and security studies is as a stable, singular, bounded and natural entity whose flourishing is dependent upon protection from various inevitable risks and threats. This narrow understanding of the body is thus of something essentially thing-like, fixed and existing outside the realm of the political. In contrast, biopolitical and particularly feminist analytics – the latter having a specific tradition of trying to think through women’s subordination in terms of the relationship between bodies, subjects and power – provide the alternative conceptual underpinning for Wilcox’s own analysis.

END_OF_DOCUMENT_TOKEN_TO_BE_REPLACED 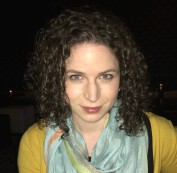 This opening post by Lauren Wilcox kicks off the symposium dedicated to her new book Bodies of Violence: Theorizing Embodied Subjects in International Relations (Oxford University Press, 2015) with a series of follow-up posts coming over the next few days. Lauren is University Lecturer in Gender Studies and Deputy Director of the Centre for Gender Studies at the University of Cambridge. She was previously a Scarf postdoc in the Department of Political Science at Johns Hopkins University and did her PhD in Political Science at the University of Minnesota.

The impetus for “Bodies of Violence” (which is based on my PhD dissertation) is that there is, or was, no theory of the body in International Relations, or general study of the role of bodies on IR; and this is a problem for the study of political violence as well as for the political implications that a lack of attention to bodies has in the field. The work begins by noting a deep irony in war/security studies, that while war is actually inflicted on bodies, or bodies are explicitly protected, there is a lack of attention to the embodied dynamics of war and security. This seeming ‘disembodiment’ of theory stands in stark contrast to the political dynamics of violence, especially in the particular practices or modes of violence that I discuss in this book.  Drones make it possible to both watch people and bomb them, often killing dozens of civilians as well, while the pilots operating these machines remain thousands of miles away, immune from bodily harm. Suicide bombers seek certain death by turning their bodies into weapons that seem to attack at random. Images of tortured bodies from Guantánamo Bay and Abu Ghraib provoke shock and outrage, and prisoners on hunger-strikes to protest their treatment are force-fed. Meanwhile, the management of violence increasingly entails scrutiny of persons as bodies through biometric technologies and ‘body scanners’.

I: Argument and Main Contributions

While bodies and embodiment are an ‘absent presence’ in studies of war and security, feminist theory has been at the forefront of considering the relationship between subjects, bodies and violence in recent decades. In this work I draw on work in feminist theory that offers a challenge to the policing of boundaries between human bodies and the broader political context. It is here that feminist theory is most incisive, for feminists have struggled with the problems of how to theorize embodiment as a necessary but not exclusive aspect of subjectivity in their own terms, terms which can help us to ‘think the body’ in IR in such a way as to provide new purchase on central concepts such as power, security, vulnerability and violence. For example, violence can be re-thought as something that is productive and not only destructive; vulnerability is not just a condition to be overcome but also a constitutive feature of the embodied subject. I focus on Judith Butler’s work, in conversation with other theorists such as Julia Kristeva, Donna Haraway and Katherine Hayles. I argue, as have others, that there is continuity between her works on “Gender” from Gender Trouble and Bodies that Matter and her more explicitly ethical and political works such as Precarious Life and Frames of War. A central feature of Butler’s concept of bodily precarity is that our bodies are formed in and through violence. The implication of feminist theory’s emphasis on the co-constitution of bodies and political structures is to give IR a new starting point, as theorists can no longer begin with political communities populated by actors whose bodies are undifferentiated and can be transcended.