A guest post from Kamran Martin (also the author of this popular and important piece on Kobani, recently liberated from the forces of the Islamic State). It is the third and final commentary in our symposium on Alex Anievas’ Capital, the State, and War: Class Conflict and Geopolitics in Thirty Years’ Crisis, 1914-1945. Kamran is a Senior Lecturer in International Relations at the University of Sussex, and the author most recently of Recasting Iranian Modernity: International Relations and Social Change, as well as ‘Redeeming the Universal: Postcolonialism and the Inner-Life of Eurocentrism’. Kamran is also the incoming co-convenor of the BISA Historical Sociology Working Group, and is beginning work on a project tracing the international history of the Kurdish national liberation movement.

Over the past 10 years or so Leon Trotsky’s idea of ‘uneven and combined development’ has gained considerable traction within the fields of International Relations (IR) and historical sociology. It has been critically and productively deployed or rethought to address a diverse group of international and sociological problematics ranging from anarchy, contingency, and eurocentrism to the rise of capitalism, premodern societies, and non-western modernities. Alex Anievas’s new book Capital, the State, and War: Class Conflict and Geopolitics in the Thirty Years’ Crisis, 1914-1945 is an extremely invaluable addition to this rich and growing body of scholarship on uneven and combined development.

Through a masterful deployment of uneven and combined development, Anievas provides a compelling alternative account of the two world wars that fundamentally challenges the existing polarized ‘internalist’ and ‘externalist’ modes of explanations. Weaving social, economic, (geo)political and ideological moments of the making of the ‘Thirty Years Crisis’ into a theoretically informed, historically grounded and empirically rich account Capital, the State, and War is a tour de force for anyone interested in Marxist historiography of the World Wars and the rise and demise of the twentieth century world order.

In the remainder of this note I’d like to take issue with this assessment of the intellectual status of uneven and combined development’s relation to historical materialism, which can be described as ‘critical conservative’. ‘Critical’ because it explicitly acknowledges that there is a basic problem in historical materialism represented by its recurrent inability to accommodate certain historical phenomena within its explanatory remit. And ‘conservative’ because depicting uneven and combined development as a merely ‘auxiliary theory’ protects the basic premises of historical materialism, its ‘hard-core’ in Anievas’s Lakatosian terms, from the destabilizing effects of the theoretical externalities, Lakatos’s ‘anomalies’.

But how plausible is this assessment?

It seems that the answer to this question hinges on the prior question of whether or not ontological assumptions of historical materialism, or any general social theory, can be seen as constitutive of its ‘hard-core’. In answering this prior question a brief look at Lakatos’s idea of ‘research programmes’ might be helpful.

According to Lakatos, ‘research programmes’ emerge when scholars attempt to protect the fundamental postulates or the ‘hard-core’ of existing theories against empirical refutations. Two strategies are common to these attempts. The first strategy involves either the restriction of the empirical scope of the hard-core, or the exclusion of the unexpected outcomes as ‘anomaly’ or ‘exception’, or both. This restrictive-repudiative strategy gives rise to a ‘degenerative research programme’ that over time and with the proliferation of ‘anomalies’ completely erodes the explanatory power of the hard-core.

Alternatively, scholars can resolve the anomalies through formulating ‘auxiliary theories’. An auxiliary theory expands the explanatory power of the research programme’s hard-core without adjusting its hard-core. This second expansionist strategy leads to a ‘progressive research programme’, which, according to Lakatos, best ensures the growth of knowledge. For Lakatos, embarking on degenerative research programmes or abandoning theories in the face of falsificatory facts, à la Popper, impedes scientific advance and theoretical knowledge. And this second strategy is what Anievas has adopted in his assessment of the relation between uneven and combined development and historical materialism. 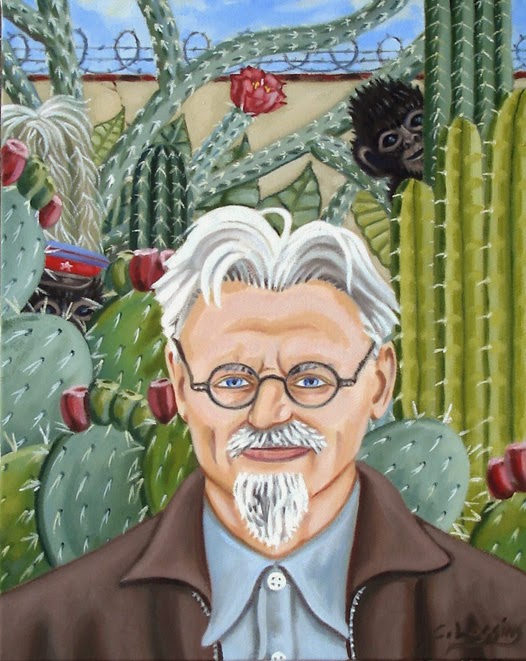 This is so because as I have tried to explain in my recent book Recasting Iranian Modernity: International Relations and Social Change, uneven and combined development’s intellectual premise of the ontological multiplicity of the social not only exerts a downward pressure on historical materialism’s intermediate concepts but also an upward pressure on its transhistorical categories. For it comes into an immediate and productive tension with historical materialism’s ontological premise of the ‘double relationship’, which Marx and Engels formulate in The German Ideology. There they write “the production of life … appears as a double relationship: on the one hand as natural, on the other as a social relationship”. The ontologically singular conception of the social that underlies the premise of the double relationship is even more visible in its later rendition in Grundrisse where Marx asserts that “All production is appropriation of nature on the part of an individual within and through a specific form of society”. As it can be readily seen, in both iterations of this basic premise of historical materialism the site of ‘production in general’ is the individual society. The logic is also operative in Marx’s explicit abstraction from societal multiplicity in Capital.

In short, historical materialism’s general abstraction of ‘production in general’ involves an implicit but highly consequential abstraction from the fact of societal multiplicity (unevenness) and hence from its consequence of the interactive development of each individual society (combination). And since uneven and combined development has a transhistorical reach – not to be conflated with a supra-historical or unhistorical quality – it cannot be reintroduced into particular forms of production a posteriori as one of many ‘concrete determinations’. This would involve the restriction, if not the suppression, of the causal and constitutive impact of the condition of societal multiplicity, or the international, on the concrete form of the reproduction of the society in question.

Thus, to put it crudely, the logical implication of the idea of uneven and combined development for historical materialism seems to consist of reforming its premise of the ‘double relationship’ as a triple relationship whereby coexistive and interactive relations among societies have a dialectical relationship with their internal social relationships and external relationship with nature. I think this reform of historical materialism’s social ontology is, inter alia, central to the solution of the problems of eurocentrism, alterity and difference whose formidable intellectual and political challenge to Marxist theory is highlighted in the concluding pages of Capital, the State, and War.

The criticism outlined above by no means diminishes the real significance and the superb quality of Anievas’s Capital, the State, and War as a major contribution to Marxist and critical scholarship on capitalist modernity. Rather, it’s meant as a very modest effort to further refine uneven and combined development as a novel and highly fertile Marxist paradigm.

One thought on “Capital, the State, and War: A Note on the Relation of Uneven and Combined Development to Historical Materialism”