The final post in our symposium in our symposium on Alex Anievas’ Capital, the State, and War: Class Conflict and Geopolitics in Thirty Years’ Crisis, 1914-1945, in which Alex himself replies to his critics and interlocutors.

It brings me great pleasure to be invited to respond to such thoughtful and challenging critiques of my book Capital, the State, and War (CSW). On the (meta-)theoretical front, Mark Rupert and Kamran Matin question my use of uneven and combined development (UCD) as a transhistorical ‘general abstraction’ to be incorporated into a historical materialist framework. On the more historical/historiographical front, Campbell Craig challenges my interpretation of Woodrow Wilson’s foreign policies during and after the First World War, arguing that I rely too heavily on the extant historiographical literature, specifically N. Gordon Levin’s 1968 New Left ‘revisionist’ critique Woodrow Wilson and World Politics. Craig further criticizes my theoretical approach for being overly structuralist and consequently ‘devoid of agency or praexeology’, while pushing me to consider the relevance of UCD to contemporary world politics.

While disagreeing with some of my interlocutors interpretations of what I was trying to do in CSW, it is a breath of fresh air that they have all offered substantive engagements with my work in ways dealing with genuine theoretical disagreements; though, as I hope to demonstrate, in the case of Matin and possibly Rupert, these theoretical disagreements may be less serious than they first appear. So I would be remiss not to express my deep gratitude to Rupert, Matin and Craig for their highly stimulating critiques. In what follows, I engage with the precise standing of UCD and ‘general abstractions’ in filling out of a distinctly historical materialist theory of ‘the international’ before turning to the more specific historical-theoretical issues raised by Craig.

I. Method, Abstraction and Historicity in Marxist Theory

While being ‘largely convinced’ by the ‘relational, historical, and dialectical conceptual apparatus’ I deploy in explaining the interstate conflicts of the Thirty Years’ Crisis of 1914-1945, Rupert remains sceptical of my conceptualization of UCD as a ‘general abstraction’. He raises the question: “In a world where a great deal of epistemological and actual violence is done by universalizing abstractions, why create another as the basis for a theory whose basic impulse is de-reification, re-contextualization, and re-historicization in the interest of opening potentially emancipatory horizons?”. As such, Rupert is ‘unpersuaded’ by my argument that UCD is best understood as a transhistorical phenomenon which can be employed as a ‘general abstraction’.

Kamran Matin, by contrast, argues that I have not realized the full potentials of deploying UCD as a transhistorical abstraction, END_OF_DOCUMENT_TOKEN_TO_BE_REPLACED

A guest post from Kamran Martin (also the author of this popular and important piece on Kobani, recently liberated from the forces of the Islamic State). It is the third and final commentary in our symposium on Alex Anievas’ Capital, the State, and War: Class Conflict and Geopolitics in Thirty Years’ Crisis, 1914-1945. Kamran is a Senior Lecturer in International Relations at the University of Sussex, and the author most recently of Recasting Iranian Modernity: International Relations and Social Change, as well as ‘Redeeming the Universal: Postcolonialism and the Inner-Life of Eurocentrism’. Kamran is also the incoming co-convenor of the BISA Historical Sociology Working Group, and is beginning work on a project tracing the international history of the Kurdish national liberation movement. 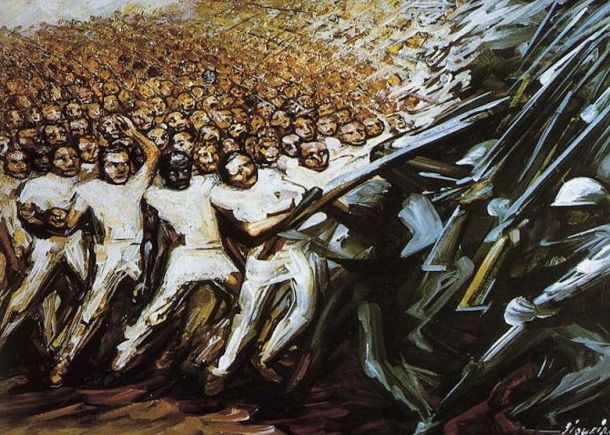 Over the past 10 years or so Leon Trotsky’s idea of ‘uneven and combined development’ has gained considerable traction within the fields of International Relations (IR) and historical sociology. It has been critically and productively deployed or rethought to address a diverse group of international and sociological problematics ranging from anarchy, contingency, and eurocentrism to the rise of capitalism, premodern societies, and non-western modernities. Alex Anievas’s new book Capital, the State, and War: Class Conflict and Geopolitics in the Thirty Years’ Crisis, 1914-1945 is an extremely invaluable addition to this rich and growing body of scholarship on uneven and combined development.

Through a masterful deployment of uneven and combined development, Anievas provides a compelling alternative account of the two world wars that fundamentally challenges the existing polarized ‘internalist’ and ‘externalist’ modes of explanations. Weaving social, economic, (geo)political and ideological moments of the making of the ‘Thirty Years Crisis’ into a theoretically informed, historically grounded and empirically rich account Capital, the State, and War is a tour de force for anyone interested in Marxist historiography of the World Wars and the rise and demise of the twentieth century world order.

END_OF_DOCUMENT_TOKEN_TO_BE_REPLACED 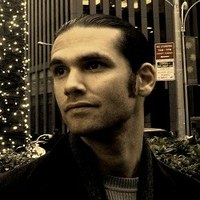 The manuscript that would become Capital, the State, and War: Class Conflicts and Geopolitics in the Thirty Years’ Crisis, 1914-1945 developed, like so many first books, out of my PhD thesis[1] In its final form, Capital, the State, and War endeavours to offer nothing less than a systematic and radical reinterpretation and historical sociological reconceptualisation of some of the main geopolitical and socioeconomic fault-lines of the 1914-1945 period. It does so through the theoretical prism of uneven and combined development, demonstrating in the process the various problems with extant historiographical interpretations and IR theorisations of this crucial epoch in the development and remaking of modern world politics. But given the rather substantial differences between what I had originally envisioned the PhD thesis to be and what it became, it’s worth briefly discussing the origins of the project and how it changed in the process of researching and writing it.

My PhD project was originally conceived as an intervention into the contemporary debates on the ‘resurgence’ of US imperialism in the wake of the wars in Afghanistan and Iraq – very much a radicalising moment in my own intellectual and political trajectory – and the concomitant return to Marxist theories of imperialism and empire. My aim then was to essentially rethink and ‘update’ the classical Marxist theories of imperialism and, in particular, Lenin and Bukharin’s theory of inter-imperial rivalry which, whatever its faults, still captured an essential aspect of contemporary imperialism. I was then heavily influenced by a number recent Marxist works on imperialism, particularly David Harvey’s 2003 The New Imperialism (along with his earlier, more theoretically sophisticated The Limits to Capital) and Alex Callinicos’ The New Mandarins of American Power.

Both studies, in their different ways, sought to retain the fundamental insights of the classical Marxist theories of imperialism (e.g. the persistence of historically-differentiated forms of inter-imperial rivalries rooted within the inherently competitive dynamics of capital accumulation), whilst dispensing with their more economically determinist and instrumentalist features. They did so, in particular, by reconceptualising imperialism as the intersection of two analytically distinct, but historically interconnected, ‘capitalist’ and ‘territorial’ logics of economic and geopolitical competition. While critical of certain aspects of this kind of approach – particularly, Harvey and Callinicos’ relatively undigested incorporation of a ‘proto-realist’ conception of ‘the international’ – my initial thought was that, if rooted in a stronger conception of the spatio-temporal dynamics of capitalist development and expansion that produced the somewhat porous but nonetheless identifiable ‘territorial logic of power’ – regionality – inherently arising out of the processes of capital accumulation in space and time, this perspective could provide a more adequate historical materialist theory of geopolitics.[2] At this stage in the development of the project, this is how I originally envisaged the role of Trotsky’s concept of ‘uneven and combined development’ – a kind of supplementary theory that could be employed in capturing the spatio-temporal dynamics of capitalist development in reconstructing a modified Marxist theory of imperialism. Add in a more attentive focus to the relations between capitalists and state managers and the role of ideology in structuring foreign policymaking processes and I thought this would do.