In global ethics there is a constant concern with the issue of justification, with determining how we know what is right or good – and especially how we know that what we know is really right or good. What is surprising is how little time is spent considering the details of what is right or good in specific situations. This question it seems is already known, either because we can deduce it through some rational rule or distill it from some social tradition. This is a crude map, but hopefully adequate to place ourselves.

Even among more dissident scholars the focus is on how justifications fail, or how our justifications reproduce undesirable social consequences – the exclusion of the other, the marginalization of women – and these are absolutely vital insights. However, what remains under-examined is what we take to be right or wrong, good or bad, the substantive and at times contradictory content of our ethics. Along with this there is a lack of concern with how we think when we are being ethical, with what social role ethical claims have and with how social institutions and traditions depend upon ethical claims.

I want to suggest that this absence of substantive discussion comes about because ethical theory, generally, is insufficiently attentive to practice – and in many cases lacks the conceptual tools to adequately grasp ethical practice and its significance. I only want to suggest this here because there is not space to argue for it with the length and care needed.

To offer more hopefully-just-adequate generalizations: consequentialist and deontological ethics offer us ends that have been rationally justified, either by the obvious desirability of “good” consequences or the rational imperative of “right” action. Stealing is wrong because it leads to bad consequences if we adopt it as a rule, or because it violates the categorical imperative, as a world of righteous thieves is a contradiction. Little time is spent considering what the good or the right are as concepts or how they fit into the complex social and political practice that is “ethics” – for example, how stealing depends upon notions of rightful ownership, which in our particular context is an essentially liberal and capitalist understanding of ownership that constructs theft as a particular type of crime, which importantly excludes necessity as a justification. 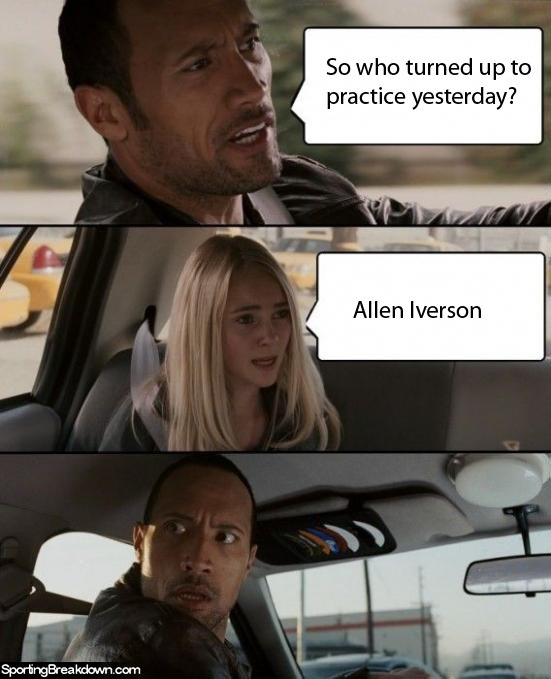 Even if we look to alternatives that point to the need for virtues, which provide practical and contextualized guides to the good life, or alternative orientations to care over rightfulness, the social practice of ethics is not pulled fully into the open. We may talk of virtues as part of a social tradition but how are these virtues held in place, changed, rejected. And an alternative end – such as care – may correct exclusions and omissions of our ethical traditions but it also remains an assertion of an end rather than an account of ethics as a social practice.

And calls to keep open the ethical discussion – in discourse or as a political contest – get us closer but underplay the psychological and sociological element of ethics, presenting us with individuals speaking for purposes of consensus or contestation, already at the point of reflection. But how did these reflective and speaking people get to that point? Calls to attend to the construction of identity and agency are again vital contributions but we are left with ethical calls to remain open, to be hospitable, to be responsible – but these injunctions begin to sound like hosannas, sung to catch the attention of our ethical sensibilities, but without giving us much insight into how we do this work – how we change custom and habit such that we can reconstruct our ethical sensibilities.

So, how does practice theory help? Well, most fundamentally it helps by turning our attention to the way that ethics both enable social change and confirm the social order. Further, practice theory places ethical thinking in a psychological context that is not populated by rational choosers, always ready to speak, and in a political context where not every one is a citizen ready to participate in political contestation. Practice theory applied to ethics pushes us to think carefully about what is assumed, unsaid, unsayable and forgotten, but which ethics nonetheless depends upon. More specifically, I want to appeal to John Dewey’s ethical thinking to suggest how a focus on practice alters our approach to global ethics.

In his early works, both Outline for a Critical Theory of Ethics and in his lectures on ethics at the University of Chicago between 1897-1902, Dewey suggested a radical departure in ethical theory that focused on the practice of ethics, both in thought and action. This work begins by looking at ethics in three ways: (1) the logic of ethics; (2) the psychology of ethics; and (3) social ethics (what we could call sociology of ethics). Dewey’s central idea is that we must understand ethics in its multiple dimensions to understand the current state of our social ethics as a practice (which is always political as well) and how our ethics motivate (or fails to motivate) action, and, finally, to know in what ways our ethics are in need of reconstruction.

In the lectures he details how different ethical concepts function: for example the relationship between goods, ends and rights. A good is some object or state of affairs that is not only enjoyed but has also been given social value, which upon reflection has been deemed an enjoyment that should be the end of our action, either individually or socially. While rights refer to institutionalized ways we have developed for securing the ends we have deemed ethically good. Other ethical concepts are also specified – the great value of this work, whether we accept its conclusions or not, is that it pulls apart conflations and reduces the gaps between false dichotomies. The traditional schools of ethical thought, for example, are quickly brought together and the impulse to separate them revealed as unhelpful at best. A right, for example, in this framing is the social institution of a relationship that guarantees the enjoyment of some end that has been deemed sufficiently valuable as a social good to devote resources to its protection and impose penalties for its violation. 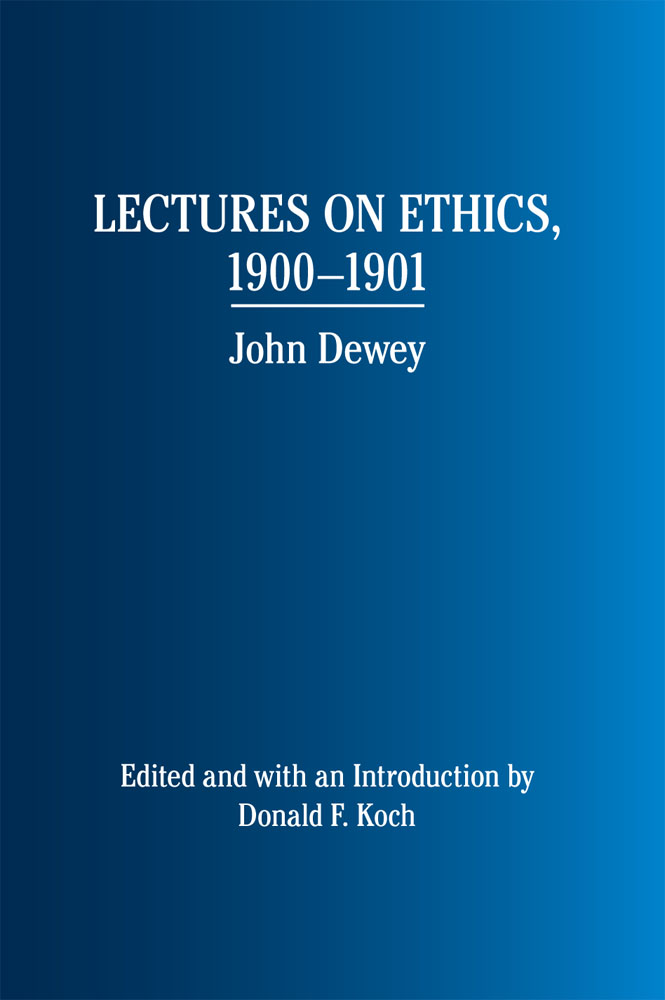 The psychological aspect is then brought in to explore how individuals are affected by ethics as a social practice, as well as how they affect ethical practice in turn. Again, brief summary is all that’s possible: Dewey focuses on the way that desire and impulse motivate action, including action that we come to think of as ethical (or unethical). This is important because it undercuts the notion that ethics is a pursuit divorced from desire or interest – the things we come to value are valued through the reflective act of affirming the consequences of their enjoyment. Dewey suggests ethics in particular is concerned with how given ends form us as individuals and collectives, thus the ethical question is: “does this enjoyment lead to consequences we to want to continue to affirm?” This is the conceptual core of how ethical values are created. However, despite speaking to how individuals do this work, Dewey is absolutely clear that this work of ethical valuation takes place in a dense social context. And this is the second aspect of his psychology of ethics that I want to highlight – the things we affirm as ethical goods, the ends we pursue and the means with which we pursue them are not simply given to us by our own independent rational valuations. The majority of what we value, of our ethics – which is also the vision of ourselves we affirm in our daily actions – comes from the social order. Dewey discusses this in terms of habit and custom. Individuals do the things they do because they have been taught – trained – to do them. They have been taught these habits through the operation of social custom. This is not a primitive state of ethical development to be overcome (a la Habermas) but rather a constant condition of ethical life. We are naturally prone to habitual action and following customs, and in many cases it serves us well – we cannot rethink every moment all the way down all the time.

This, however, presents us with a problem – how do we evaluate our habits and customs? Can we even come to know them or see them as problematic? Dewey thinks this happens when our habits and customs fail us, when we are thrown into moments of crisis by the interruption of habituated experience and response. We suddenly see the world differently and become aware of our clumsiness when we act without the support of habit and custom.

And this ties into the sociological elements of Dewey’s ethics (which again will receive insufficient attention here) as he points to the way in which ethics bind us in traditional institutions and ways of responding to problems. They tell us which consequences are of concern and which are not – it is ethics that allows us to walk past human suffering on the streets of wealthy American cities. We have ready ethical response to why the suffering of the homeless woman and man on the street is not of concern – they suffer because of their personal failings, because of drug addiction, from mental illness – their irresponsibility create homelessness, not the social order or the immoral actions of powerful individuals. The failure of ethics, and Dewey emphasizes this throughout his writings, is that it does not call on us to understand such consequences in their wider context, does not push us to understand the causes before seeking remedy.

And it is those moments of disruption that provide the critical content of our ethics – for example walking through LA’s “Skid Row” where thousands of homeless women and men make their lives and the sheer numbers of people without shelter and the depth of their deprivation give lie to the habituated responses we have to such suffering. Dewey suggests that a social ethics must be one that enables us to be less inarticulate and clumsy in those moments of crisis and disruption, and that to do this our ethics must become more reflective, critical and democratic.

Reflexivity in ethics calls on us to doubt and challenge our habits and customs, to seek to bring them out in the open before we begin making pronouncements on the good, the right and the rest. This is both an individual and a social need.

Criticality in ethics requires reconstruction of our means, ends and the very things we deem valuable in light of new experiences and the consequences of our existing ethical practice that we wish to change.

Democracy in ethics becomes necessary because, ideally, it enables the forms of reflective and critical agency required for ethics, which might then enable the transformation rather than affirmation of the social order – it enables such agency by demanding it. Again this is an individual and social need. Individuals can work on their democratic virtues, but without a social order in which the kinds of reflective agency that democracy requires are inculcated the practice of democracy is stifled.

So, this move to think of ethics in terms of practice, as I’ve drawn it out of Dewey’s work, reconfigures global ethics in important ways by turning our attention to the logic of our ethical claims as they are currently expressed, as well as the psychological and sociological conditions that structure our ethics, pre-reflectively.

2 thoughts on “What We Talked About At ISA 2013: The Practice Turn and Global Ethics”