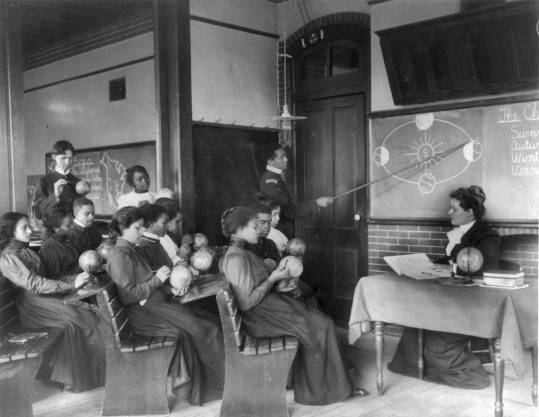 Do elite institutions teach the global politics of gender and sexuality on any scale or in any depth? Emma Foster, Peter Kerr, Anthony Hopkins, Christopher Byrne and Linda Åhäll (all of Birmingham, at least when they did the research) have an Early View piece up at The British Journal of Politics and International Relations addressing just this question. Surveying the course content of the 16 top Politics and IR Departments in the UK (‘top’ meaning either in the top 10 in student satisfaction scores or in REF scores), they give some empirical confirmation of what many of us might have known anecdotally:

Our ﬁndings…show, in our view quite strikingly, that few political science and international relations departments offer extensive or in-depth coverage of gender and sexuality issues. As a result, many political science and international relations undergraduates merely experience a brief introduction to ‘feminism’ as their only encounter with key debates over gender inequalities and sexual identity.

Of 629 modules in IR and Politics identified across those Departments, only 9 existing full modules related to gender or sexuality (increasing to 12 if Aberystwyth’s ‘forthcoming’ courses are included). That’s 1.4%. Only an estimated 8.9% of all surveyed modules offer at least one week on feminism/gender as part of their wider sweep. The study also shows up some noteworthy cases where there is Departmental expertise but no teaching provision. Warwick and Oxford both have seven staff listing gender/feminism as a core research interest, but Warwick hosts only one gender-related module and Oxford none. Although the paper does not pursue this in great detail, the suggestion is that the relative paucity of courses is not a result of absent expertise, since the progress of feminist and gender studies has been sufficient that all Departments surveyed (with the exception of de Montfort) have staff members with a gender interest. Indeed, on the average of these 16 elite institutions, there are some 3.9 gender specialists in each one (although numbers are always, of course, shifting).

The overall picture, then, is of some progress (perhaps surprisingly limited) in getting gender (but not sexuality) included as the spectral “week on feminism”, presumably primarily in theoretical survey modules. But this vague and introductory inclusion is not supported by more concentrated work either theoretically (as in a module on different perspectives on gender) or empirically (as in an issue-by-issue survey of gender in global politics). Although Foster et al. do not map changes in Faculty composition, this appears to be happening at the same time as gender and feminist academics are increasing in strength within IR.

As is to be expected, this leaves a number of issues unaddressed. By focusing on the narrow elite, we lose out on a view of politics and IR as a whole, and of the potential differences across the sector (do less prestigious Departments teach gender and sexuality more, less or the same?). Similarly, the paucity of data on courses and content requires some informed guesswork. There is some comparison possible with other countries (thanks to TRIPS, etc.), but the dynamics are not clear. Perhaps most interestingly, the authors focus on undergraduate teaching alone, on the completely defensible grounds that this is where the interaction of the vast majority of students with politics and IR ends. My guess is that the more specialist nature of graduate study means more gender/sexuality courses (there is at least one gender-and-IR-dedicated masters-level module at LSE), but this probably also varies significantly by Department.

Extracted from Foster et al., ‘The Personal is Not Political: At Least in the UK’s Top Politics and IR Departments’, THE BRITISH JOURNAL OF POLITICS AND INTERNATIONAL RELATIONS, Early View, 10 May 2012

Three other questions seem important. First, the numerical distribution of weeks in modules may not matter so much as their placement, their context, and their content. Placement because if the week on feminism and gender is placed at the very end of the course (as has been my experience on several occasions) it makes little impact. Students already pre-disposed to it will do the readings and write the essays, but others will be able to safely ignore it on grounds legitimate (too close to the test to prepare for) and illegitimate (who cares about feminists anyway?).

Context because running a course on the familiar pattern that there are a core group of theories that matter (Realism, Liberalism, Constructivism, sometimes Marxism), and then a bunch of outlier challengers (post-structuralism, post-colonialism, feminism), exacerbates problems of placement. The historical narrative of conventional IR locates traditions like the English School closer to the core (in its connection to Realism and Constructivism) than its relative strength may otherwise suggest. For example, a quick analysis of the 2012 International Studies Association conference in San Diego shows 26 panels sponsored or co-sponsored by the English School Section against some 55 for Feminist Theory and Gender Studies, but I would wager that the English School is taken more seriously as a central part of IR than feminist and gender theories.

Content because there are ways of teaching gender or sexuality that do not involve the kind of critical theory/politicising approach that Foster et al. desire. There may well be a week on female heads of state or diplomats in a foreign policy course without it constituting gender or feminist theory in any meaningful sense. Likewise, a consideration of gender that implies that feminists think that women are naturally more peaceful than men (a common enough assumption in the discipline as a whole) will actually be subtracting from student understanding of the material. And these kind of elisions are also easier to get away with when the topics under discussion are marginal.

Second, what of other peripheral movement-theories? The general reception of issues of race and postcolonialism in IR would seem to suggest that they suffer even more than gender in this regard, even if issues of sexuality are more marginal still. As has been suggested in discussions elsewhere, this is also in part about the inclusion of women, LGBTQ people and persons of colour within the academy, as well as about the class profile of academic communities. Replications of this study would likely confirm the difficulties faced by all kinds of non-mainstream perspectives, but this also raises a hackneyed trade-off dilemma: what would it mean for each of these intellectual clusters to be given their due? Do we speak only of theoretical tendencies, or also of topics? The study of revolutions, after all, is fairly neglected too. The answer, I suspect, is that many of the marginal under-labourers of IR and Politics want not so much to replace hegemonic subjects as to engage in what Robbie called ‘generative incorporation’, a revisioning and rewriting of the whole enterprise.

Third and finally, what are the causes of this pattern (frequently significant Faculty representation, slim-to-moderate intra-module inclusion, and almost no dedicated provision)? The gap between teaching capacity and actual teaching presumably comes from somewhere. Is it a standard consequence of Heads of Departments not taking gender and sexuality seriously enough to allow for the courses to be taught? Of a perceived or real lack of student interest, reflecting prior understandings of what is properly international politics? Of the greater pressure on marginal academics to publish and self-justify, leading to less concern with teaching? Or of some internal self-disciplining, in which gender and sexuality specialists don’t suggest courses because they assume that they won’t be taken up by those beneath them in the academic hierarchy or valued by those above them?

Answers on a postcard.