UPDATE (19 April): I’ve just received confirmation that a proposal based on this Symposium has been accepted as a Special Issue for the International Feminist Journal of Politics. All papers will be peer-reviewed. Papers not presented at the Symposium will not only be welcome but are actively encouraged. The deadline for first drafts is likely to be in August 2011 for eventual publication in 2012. Further details to follow…

A call for participation in a one-day Symposium at LSE I’ve been involved in organising. It’s taking place in just over three weeks and promises to be very productive and, yes, exciting. Thanks to some funding, places are free, but do email me if you want to come so we can get a sense of numbers for food. There will also doubtless be continuing discussion afterwards. Please distribute widely. 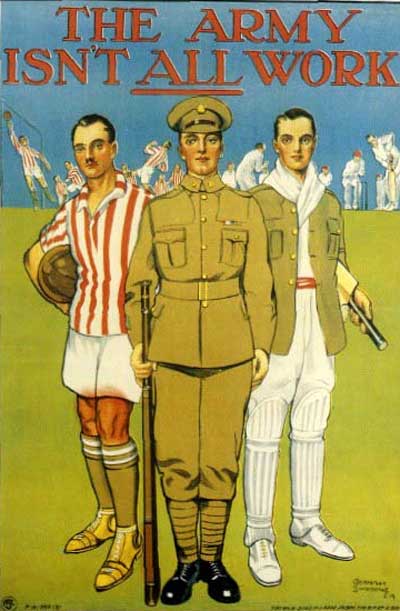 Thinking about masculinity, maleness and men has always had a place in the interdisciplinary fields of feminist, queer and gender studies. Discussion and debate about the relevance of masculinity as a shifting concept has recently been further developed in the fields of politics and International Relations (IR) where scholars have explicitly tried to address women’s experiences in relation to the persistence of the ‘man question’.

Despite this, masculinity in international politics remains somewhat amorphous. Research has tended to be disconnected, addressing particular wars or media events, rather than masculinity as an organising concept or its role across space and time in its historically variable forms. This symposium (and a proposed journal Special Issue arising from it) therefore seeks to extend and deepen work on the conceptual character and concrete forms taken by masculinity through the lens of violence and conflict settings.

Masculinity as a concept, idea and narrative: When we speak of male violence or masculine violence, how do we think of the relationship between identities and acts? What conceptual vocabularies are appropriate to our analytical and political aims, and how do we negotiate the affective identifications and dis-identifications that come with such labels? How closely do we associate masculinity with biological maleness, and what implications does that have for how we think about female masculinity or the possibilities of non-masculine militarised or non-militarised masculinities? Is masculinity a practice, a cause or an idea?

Practices of violence across time and place: How do situated and empirical investigations substantiate these conceptual questions? Can we learn anything new from the experiences of female peacekeepers or of female combatants? Are theoretical claims about dissociating masculinity from men born out in practice, or are the general patterns much as we might expect from a traditional account of the relationship between men and violence? How can we account for non-violent masculinity, restraint and control, particularly in military and militarised contexts? Where do we place the masculinity of enablers, such as militia commanders or strategists, who legitimise and craft violence without carrying it out themselves? How might we investigate military intervention, sexual violence, violent displacement or people trafficking in global politics in terms which properly account for similarity and difference?

Registration is free and tea, coffee and lunch will be provided on the day. We may also be able to make some contribution towards reasonable travel expenses for participants. Spaces are, however, limited, so please contact Paul Kirby (p.kirby[AT]lse.ac.uk) to register for the day.

Paul Higate (Bristol), ‘All Guns Blazing’ or going ‘Under the Radar’?: The Politics of Security Profile in the Masculine World of the Private Militarised Security Contractor

Luisa Maria Dietrich Ortega (University of Vienna), ‘The Guerilla was a Feminine Organisation…’: Female Repertoires and the Construction of Guerilla Masculinities