I was at a seminar once, presenting an early version of some research on popular culture and world politics. During the question & answer period, a colleague – a distinguished scholar in literary studies and creative writing – asserted, quite forcefully, that I should reconsider my use of the concept of narrative. It didn’t belong in my scholarship, he argued, it was a concept with a history and a trajectory and its home was in literature not International Relations, the oddly ill-disciplined discipline in which I have found myself. My colleague raised his voice during this exchange, became somewhat upset. His emotional register, his irrational response to my naïve and perhaps clumsy use of a concept he had spent decades working on: he behaved like a woman.

Academics in general are such emotional creatures. We might speak, in fact, of ‘academic feminisation’. They’re so invested in their work, and the good ones are so committed to their students: they nurture, they foster talent and possibility, they provide guidance and professional socialisation. They act like women. They respond irrationally to criticisms of work, or the complaint that a concept is being misappropriated; or they focus on some perceived ‘injustice’ rather than take an argument at face value and use logic to refute it. Hysterical responses are not uncommon…

… It is clear, I hope, that the above paragraphs are deliberately ridiculous. In no scholarly outlet, one would hope, would such a flagrantly reductive and offensive set of gender stereotypes find a platform. And yet Steve Fuller was able to publish an article recently on the multi-author blog Sociological Imagination that used flagrantly reductive and offensive stereotypes about autism to support an argument about ‘semantic ambiguity’ in sociology. I want to respond here to both Fuller’s blog post, and his defence of said post – both in the comments and on Twitter – in which he essentially ‘doubles down’ on his original position. 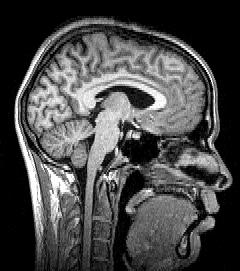 In Fuller’s post, he uses the outdated, inaccurate, and wildly offensive stereotype that associates autism with rigidity of thought, inability to tolerate ambiguity, and a lack of ability to connect across different life worlds. As many people have by now pointed out (including a bunch of #actuallyautistic folk and #autisticsinacademia), this approach is ignorant and misguided. It is ignorant because it betrays a lack of knowledge about how autism is now conceptualised both within and outside of the academy, in medical discourse, and even in colloquial usage. And it is misguided because is it not necessary. There is no need for the tired trope of austistic-as-awkwardly-literal-thinker to advance the argument that Fuller wishes to make in the article.

He could just as easily have talked about the difficulties of communicating across disciplinary boundaries, the dangers of ‘camp’ mentality in scholarship, the importance of humility and courage as academic values to inform efforts to break down disciplinary silos. But he didn’t.

And then he doubled down. When challenged about the offence he had caused, Fuller asked: ‘Then why not have these people positively re-appropriate the terms, so that they’re not both pathological and technical?’. There’s a lot going on here, so please bear with me while I work through it. First of all, Fuller’s premise here is the fundamental fluidity of meaning: as Derrida would have it, there is an eternal slippage between the signifier and the signified, such that meaning can never be fully fixed. Concepts are always open for re-appropriation, re-deployment, reclamation. Theoretically, of course, Fuller is on to something here. Theoretically, I share this view. But Derrida – and Foucault, and Barthes, and Butler, and others who write on the instability of meaning – acknowledge that every representational practice is also a practice of power.

Far from contributing to the reclamation of the descriptor ‘autistic’, Fuller’s post re-articulates the term with a whole bunch of characteristics from which autistic people have fought hard to distance themselves. To carelessly reproduce a series of profoundly problematic associative chains in a scholarly work and then charge a marginalised community of activists, advocates and allies with the work of undoing those chains to ‘re-appropriate the terms’ is disingenuous and unhelpful in the extreme. Further, it is – again – ignorant, in the most literal sense of the word. It ignores the fact that people have been working hard to reclaim the term, and to define ‘autistic’ in ways that works for them, as a community, as individuals, as people trying to navigate a world in which the default assumption is one of neurotypicality.

As I said at the outset, it would be unthinkable to see a blog published that challenges the quality of our critical interactions through feminising academia and deploying ancient stereotypes of ‘hysterical women’. It would demonstrate a profound lack of respect, and a profound lack of sociological imagination. This is the final critique that I level at Fuller’s post: as someone with a platform, with a position of great institutional privilege, he has a responsibility to be better, to do better. I’m saddened by the post, and by Fuller’s responses, for what it implies about our intellectual community. I’m disappointed that someone whose work I respect, whose scholarship has been so influential for so many, reflected so little on the potential impact of the words they chose. It is not enough to say that ‘Your words can mean whatever your readers let you get away with’. Please: choose better next time.

9 thoughts on “The Limits of Semantic Ambiguity: A response to Steve Fuller”