The gays, we love our Mac toys – and now it seems that our conspicuous consumption of such has paid off: Tim Cook, CEO of Apple, has come out gay. And we are never going to hear the end of it. The hyperbole has been extra-ordinary. He is, in short, the new messiah: “Tim Cook’s announcement today will save countless lives.” That, from Human Rights Campaign (HRC) – the same people who also think same sex marriage will dissolve homophobia and cause the LGBTs to be treated equally. Clearly, there is a lot of wishful thinking going on. How should we navigate it? Well, we have an excellent guide over at A Paper Bird. Scott Long, who authors the must read blog on “sex, rights and the world”, has written a “medium length read” on the matter, and you really should read all of it. Here’s a few highlights (but go on, read it in full on your IOS device when time permits!) 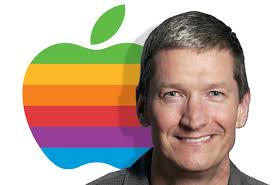 First, “follow the money”. Apple is a major donor for HRC – a “platinum partner” – which Long suggests may have something to do with their, shall we say, fulsome praise of Cook (Long has a more graphic image!) The money doesn’t stop there, and Long traces it in different directions. He asks, “But does the gay movement even believe in “equality”? This is what the Tim Cook carnival makes me wonder. How can you praise equality when your poster boy is worth $400 million?”

It seems that Cook is a genuinely nice guy, with a commitment to what is called a “modest” lifestyle, and a corporate philosophy which requires Apple to “do more” than it has to date in the philanthropy department. But following the money here means following a philosophy in which private control and discretion over finance trumps all else, including notions of public and democratic accountability. The “Apple must do more” rhetoric of its modest living CEO is cover for a corporation which is the very embodiment of neoliberalism, ruthlessly cheating on its public taxation obligations in order to follow its own priorities – be they business or philanthropic. 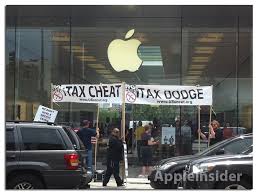 Moving on: the joy of reading someone happy to malign the cult of heroes and role models – as if all we need for it to “get better” is to worship at their feet.

We don’t need to tinker with the system, we don’t need to ask what keeps patriarchy going, we never need to think about money, we don’t need to wonder how poverty shapes masculinity or limits women or deforms childhood, and remember: race and militarism and the Gulag of mass incarceration have zero to do with sex or gender. All it takes are role models.

What has allegedly “gotten better” is our chance to be LGBT and rise to the top of the pile within a particular system. But is that what the “gay movement” is supposed to be about: full integration into American style neoliberal capitalism? The Cook carnival makes it seem so – and seem a success. Its of a piece with the enthusiasm for same sex marriage – gaining equal access to an institutional system the substantive social effects of which already undermine any notion of equality for all. Better, perhaps, to be against such equality.

A Paper Bird has some nice things to say about Apple’s recent efforts on the privacy front. This is a key issue, particularly in states where the powers that be make no secret about their desire to let the queers hang. But the praise is fleeting. Privacy regarding who you fuck and how you do it is a key priority for the private lives of corporations, not just their customers:

Corporations are people too, and they have their intimacies. If they enjoy the full rights of free speech, surely they’re entitled to keep the state out of their bedrooms. Would you fuck somebody — the workers, in this case — with a whistleblower watching?

Apple is not alone in its exploitation of its workforce. Gays are not alone in their refusal to squarely face complicity as customers in the great chains of global social and economic connection that link us and the workers who make our toys and tools. But the Pinkwashing effect of the Cook coming out carnival will no doubt banish these questions even further from public view.

What is it to be gay, and why should it matter that Cook is? Long says he has lost interest in being gay – the sloganeering around Cook’s coming out appear to have little to do with the alternative visions of life with which the “gay movement” might once have been identified. Equal access to a system that junks most of us doesn’t seem to cut the ice. The gay CEO of the world’s “most valuable company” is surely too invested in the system, too much its creature, to be much help with real gay lib. Gay neo-lib will have to do. The figure of the gay statistician however may be slightly more subversive. Go and calculate the odds for yourself, here. 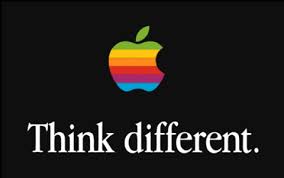