UPDATE (8 September 2014): Anthony is now with us permanently, but originally wrote this as a guest post after a stint as a Senior Visiting Fellow at the LSE in 2010, where most of us met him. It was in London that he presented an early version of this argument to the IR theory seminar. A response by our own Joe followed shortly afterwards.

One should not judge a book by its cover, but it is certainly possible to get some sense of the state of a field of study on the basis of the titles of recent books. In the case of the study of human rights, this is quite an interesting exercise: at a time when many claim that human rights proponents have never had it better – the term now has great political respectability and legitimacy; human rights NGOs are thriving; the study of human rights takes place in all the great centres of learning and is taken seriously by previously sceptical disciplines (philosophy, anthropology, international relations). At such a time, one of apparent triumph, there has been a spate of titles which give precisely the opposite impression.

This language of crisis and questioning is quite anathema to the usual boosterism which one hears about human rights. On the one hand there is the native rhetoric of the human rights movement – the universalism, the inalienability, the indivisibility of rights, the long list of new rights, treaties, instrumentalities – and now global courts – which tell a story of gradual human emancipation, a story which is often told in a parsimonious and progressive way. It depicts a world of linear progress towards the recognition and protection of human rights. 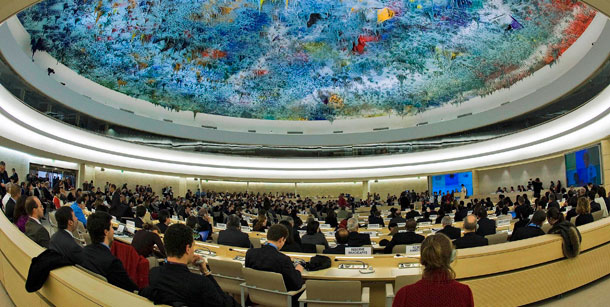 On the other hand, there is the vast multiplication of NGOs who are working in human rights and related fields, bringing education, water, healthcare, energy and so on to those who routinely go without such basic needs. The activism and passion among these people is truly inspiring, and so is their preparedness to sacrifice much that many of the rest of us won’t, in the face of the need to do something to help the poor, downtrodden and despised of the world. For many of these, any crisis in human rights is more likely to refer to the failure of the international community (however one might wish to deconstruct that term) to make available the resources to pursue ends such as the Millennium Development Goals, than it is to refer to the ends or telos of human rights.

For those on the receiving end of this help, however, the crisis might be apprehended in a different register – those painted by the Western human rights movement as poor, downtrodden and despised as often as not do not see themselves reflected in this picture, and wish that we would question why we think “we” are the solution to “their” problem. People in other parts of the world often only end up constructible as poor, downtrodden and despised because of “our” conviction that “we” have something that they really shouldn’t be without – be it (over the long durée of history) spiritual salvation, ideological correctness, medical knowledge, economic adjustment, political reform, democracy or human rights. Thus, the crisis for human rights articulated in different ways by those listed above, among others, may as often as not be a complicated political consequence of the success of human rights as a contemporary movement with real world consequences, as much as it remains the age old problem – the more classical human rights crisis – of people in power who make no effort to conceal the fact that they do what they want to others because they can.

Thus the critical examinations offered by many of these recent commentators on the human rights movement remind us that human rights are replete with paradoxes. Costas Douzinas quotes Olympe de Gouges, author of the 1791 Declaration on the Rights of Women and Citizens – who goes one step further. Her phrase is that human rights only have paradoxes to offer. This, I think, is going too far – although it is made a very convenient destination by those on the contemporary critical left who often appear to leave the crushed of the world behind as they apparently conclude that the aporias of human rights (and political action more generally) preclude the possibility of (legitimately) doing anything for and/or with those in need – or at least occlude the possibility by obfuscating it with utopian discourse. This discourse may leave one in raptures about such prospective revelations as a “new cosmopolitanism to come” (Douzinas); it will not, however, facilitate cosmopolitan justice for those who seek it today.

For many commentators and theorists, the paradoxes associated with human rights stem from the manner in which the global transformations presaged by a prospective world of respect for human rights are linked to the power relations that would be needed to create such a world. The example of the Iraq war – which Douzinas returns to again and again – is only the most recent example. Slavoj Žižek, in discussing power, sovereignty and the 20th century’s experiences of globally transformative political projects, projects which led to “a series of catastrophes which precipitated disastrous violence on an unprecedented scale”, suggests that there are “three main theorisations of these catastrophes”:

First, the view epitomized by the name of Habermas: Enlightenment is in itself a positive, emancipatory process with no inherent ‘totalitarian’ potential; the catastrophes that have occurred merely indicate that it remains an unfinished project, and our task should be to bring this project to completion. Second, the view associated with Adorno and Horkheimer’s Dialectic of Enlightenment and, today, with Agamben. The ‘totalitarian’ bent of Enlightenment is inherent and definitive, the ‘administered world’ is its true consequence, and concentration camps and genocides are a kind of negative-teleological endpoint of the entire history of the West. Third, the view developed in the works of Etienne Balibar, among others: modernity opens up a field of new freedoms, but at the same time of new dangers, and there is no ultimate teleological guarantee of the outcome. The contest remains open and undecided. (123-4)

So too, with human rights, there are those who simply see in the rise of the human rights movement the prospect of global emancipation. Whatever difficulties or political problems – dilemmas – which might emerge are nothing more than, say, problems with implementation or the kinds of issues one should expect in a world where many players will find their power challenged by successful human rights frameworks and will thus try to undermine them. Once again, there is nothing in human rights themselves that is paradoxical or sinister. On the other hand are those who reject human rights themselves as only the most recent camouflage for the totalitarianism implicit in the enlightenment project of the West.

The post hoc justification of the Iraq war by the Bush administration (that is, that it was a war conceived in order to spread democracy and human rights) provided ample material for those coming from this perspective. The bulk of commentators are by default situated in the third camp, where the outcome is undecided, the contest remains open, and there are a range of new freedoms and dangers. The difficulty here for human rights is that the very rhetoric of the movement, with its built in moralism and boosterism, makes it hard to consider that “human rights might be a bad thing”, or that they may not be the best – and certainly not the only – framework for considering serious problems and issues within the international system.

The opposite problem is the case for critics, particularly those who approach their criticism from a poststructuralist position. In the same way that for de Gouges, human rights only have paradoxes to offer, for poststructuralists, rights claims can only be oppressive and hierarchical. (Chandler, 60) This, it must surely be argued (although not here), is not the case. In the same way that, as Wendy Brown argues, rights do not “simply set people free to make the world as they see fit” (461), nor are they just a cipher for the totalising power of the sinister agents behind “the enlightenment project”.

Brown’s argument is an especially important one, one which clearly articulates those aspects of human rights which are often occluded by the movements own language:

I have argued that we must take account of that which rights discourse does not avow about itself. It is a politics and it organizes political space, often with the aim of monopolizing it. It also stands as a critique of dissonant political projects, converges neatly with the requisites of liberal imperialism and global free trade, and legitimates both as well. If the global problem today is defined as terrible human suffering consequent to limited individual rights against abusive state powers, then human rights may be the best tactic against this problem. But if it is diagnosed as the relatively unchecked globalization of capital, postcolonial political deformations, and superpower imperialism combining to disenfranchise peoples in many parts of the first, second, and third worlds from the prospects of self-governance to a degree historically unparalleled in modernity, other kinds of political projects, including other international justice projects, may offer a more appropriate and far-reaching remedy for injustice defined as suffering and as systematic disenfranchisement from collaborative self-governance. (161-2)

This kind of analysis edges us closer to a more useful critique of the politics of human rights, which enables us both to take advantage of what is good – there can be no denying the value of the human rights discourse to many in their struggles against injustice – but also to be aware of what is ambivalent or perhaps even fundamentally counterproductive. While I reject the argument that all rights are oppressive and hierarchical, I think it is undeniable that a politics of rights does construct its participants in certain ways, and that those constructions can undoubtedly mesh with other aspects of the contemporary global politico-economic systems in ways which make people extraordinarily vulnerable.

I don’t go all the way with Brown – the subjectivities facilitated by the politics of human rights might “converge” with those needed for liberal imperialism, but this does not make them the culprit or cause. This demonstrates the problem with many of these critical approaches: such relationships are set in stone and made necessary. Human rights become necessary accomplices in the “governmentalisation” of international politics, or suffer guilt by association when it comes to the imposition of neoliberal “solutions” in the global economy. Such an approach risks leaving those for whom human rights are genuinely emancipatory high and dry, with nowhere to go – and this would indeed be a crisis for human rights.

2 thoughts on “Human Rights In Crisis?”