Saida Hodžić is Associate Professor of Anthropology and Feminist, Gender and Sexuality Studies at Cornell University. Her book, The Twilight of Cutting: African Activism and Life after NGOs (University of California Press, 2017) has won the Michelle Rosaldo Book Prize by the Association for Feminist Anthropology and the Amaury Talbot Book Prize for African Anthropology. She is currently working on two book manuscripts, Affective Encounters: Humanitarian Afterlives of War and Violence and For Whom is Africa Rising? Unsettling Transnational Feminism. In non-COVID summers, she studies post-war industrial toxicity and civic environmental activism in Bosnia.

END_OF_DOCUMENT_TOKEN_TO_BE_REPLACED

Mitja Velikonja is Professor of Cultural Studies, head of Center for Cultural and Religious Studies at University of Ljubljana, Slovenia. Dr. Velikonja’s main areas of research include Central-European and Balkan political ideologies, subcultures and graffiti culture, collective memory and post-socialist nostalgia. His most recent publication is Post-Socialist Political Graffiti in the Balkans and Central Europe (Routledge, 2020).  His contribution to the symposium is a webinar he gave earlier this year at the European Studies Council at the MacMillan Center, Yale University, where he was Visiting Professor.

END_OF_DOCUMENT_TOKEN_TO_BE_REPLACED

Native of Sarajevo, Amila Buturović is Professor of Humanities and Religious Studies at York University in Toronto, Canada. Her research interests span the intersections of religion and culture in the context of premodern Islamic societies, with a focus on Bosnia and the Balkans. She is the author of Stone Speaker: Medieval Tombstones, Landscape, and Bosnian Identity in the Poetry of Mak Dizdar (2002), translated into Bosnian/Croatian as Kameni govornik: stećci, prostor i identitet u poeziji Maka Dizdara (2019); co-editor with I. C. Schick of Women in the Ottoman Balkans (2007), translated into Turkish as Osmanlı Döneminde Balkan Kadınlar (2009); guest editor of Descant: Bosnia and Herzegovina, between Loss and Recovery (2012); and author of Carved in Stone, Etched in Memory: Death, Tombstones and Commemoration in Bosnian Islam (2016). She is currently working on a study about health culture tentatively entitled Herbs, Stars, Amulets: Cross-confessional Health and Healing in Ottoman Bosnia.

END_OF_DOCUMENT_TOKEN_TO_BE_REPLACED

Aleksandar Hemon is Professor in Creative Writing at Princeton University. Born and raised in Sarajevo, Bosnia and Herzegovina, he ended up in the United States in 1992, as the war in Bosnia and the siege of Sarajevo began. He is the author of award-winning work in fiction, non-fiction, journalism, and screenplays, including the novel The Lazarus Project, which was a finalist for the 2008 National Book Award and National Book Critics Circle Award. He has published three collections of short stories: The Question of Bruno; Nowhere Man, which was also a finalist for the National Book Critics Circle Award; and Love and Obstacles. He published the novel The Making of Zombie Wars in 2015, and worked as a writer on the hit Netflix show Sense8. He co-wrote the script for The Matrix 4, currently in production. He has also published non-fiction, including his 2013 memoir The Book of My Lives and, in 2019, My Parents: An  Introduction/This Does Not Belong to You, as well as pieces in The New Yorker, Esquire, The New York Times, The Paris Review, and BH Dani. He was awarded a Guggenheim Fellowship in 2003 and a “Genius Grant” from the MacArthur Foundation in 2004. He lives in Princeton, NJ with his wife and daughters.

END_OF_DOCUMENT_TOKEN_TO_BE_REPLACED

Edin Hajdarpašić is Assistant Professor of History at Loyola University Chicago, where he teaches courses in Western Civilization; the modern Balkans; nineteenth-century Europe; and the Habsburg and Ottoman Empires. Edin has published extensively on Balkan history, conflict and memory, religious and ethnic relations, nationalism, and the Ottoman legacy in Southeastern Europe. His interests also include film, museums, and other visual representations of the past; ethnography; and political theory. More about him in AHA Today.

END_OF_DOCUMENT_TOKEN_TO_BE_REPLACED

According to multiple contemporary dictionaries the verb ‘to splain’ or ‘splaining’ “is a form of condescension in which a member of a privileged group explains something to a member of a marginalised group — most particularly, explains about their marginalisation — as if the privileged person knows more about it.”[1] Given its meaning in the current anglophone cultural and social context, it was amusing to think how a group of people coming from a country that no longer exists could share some splaining with the West. Indeed, the peoples and territories of the former Yugoslavia have had their own fair share of being splained to, especially since the 1990. We the Balkan barbarians are continually incapable of staying on the straight and narrow, always in need of corrective and paternalistic Western lessons in ‘how to,’ as. Moving away from simple paternalistic dichotomies, the question should be: Why are post-Yugoslav territories and peoples rarely understood in Western academic and political discourses? Indeed, they suffer from an imposed and highly regulated theoretical parochialism and erasure that has variably been called “balkanist” (Todorova 1997), balkanizing (Grubačić 2010), postcolonial (Videkanić 2020), neocolonial (Stiks and Horvat 2012), racializing (Boatca 2006, Arat-Koc 2009, Miškovic 2006), and/or a semiperipheral void (Blagojević 2009).[2] Even recent attempts to connect the region to larger political debates around race and the nonaligned legacy often miss the political, economic, and geopolitical complexities that define postsocialist transition. The intensification of this parochialization combines global hypervisibility and erasure refracted through the lenses of (post)war “transition” and semiperipheral in/visibilities. Or as Alex Dajković once put it in the title of a never completed piece of writing (citing a speech of Tito’s), “the appendage of another’s politics” (privjesak nečije druge politike). The dichotomy of hypervisibility and erasure on the one hand, and of being a recipient of westernsplaining on the other, is the liminal space we in this group of artists and thinkers continually find ourselves in.

END_OF_DOCUMENT_TOKEN_TO_BE_REPLACED

Aida A. Hozić is Associate Professor of International Relations at the University of Florida, Gainesville, USA. She is the author of Hollyworld: Space, Power and Fantasy in the American Economy  (Cornell University Press, 2002), co-editor (with Jacqui True) of Scandalous Economics: Gender and Politics of Financial Crises (Oxford University Press, 2016) and author or co-author of dozens of peer-reviewed articles and chapters situated at the intersections of cultural studies, international political economy and security studies. He intro to the #Yugosplaining series is here.

END_OF_DOCUMENT_TOKEN_TO_BE_REPLACED 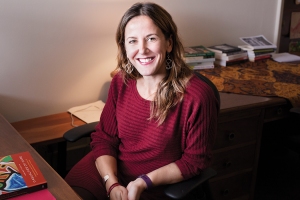 Azra Hromadžić is Associate Professor and O’Hanley Faculty Scholar in the Department of Anthropology at Syracuse University. She has research interests in the anthropology of international policy in the context of state-making in postwar Bosnia and Herzegovina. Her book, Citizens of an Empty Nation: Youth and State-making in Postwar Bosnia and Herzegovina (University of Pennsylvania Press), is an ethnographic investigation of the internationally directed postwar intervention policies in Bosnia and Herzegovina and the response of local people, especially youth, to these policy efforts. The book was translated into Serbian in 2017 (Samo Bosne nema: Mladi i građenje države u posleratnoj Bosni i Hercegovini. Beograd: Biblioteka XX Vek). Several years ago, Azra initiated a new project that ethnographically researches aging, care and social services in the context of postwar and postsocialist Bosnia and Herzegovina. She co- edited (with Monika Palmberger) a volume titled Care Across Distance: Ethnographic Explorations of Aging and Migration which was published with Berghahn Books in 2018. In 2017 she began a new research project on riverine politics, pedagogies and infrastructure in Bosnia-Herzegovina.

END_OF_DOCUMENT_TOKEN_TO_BE_REPLACED

Siniša Malešević is a Professor of Sociology the University College, Dublin and Senior Fellow and at CNAM, Paris. His recent books include Grounded Nationalisms: A Sociological Analysis (Cambridge UP, 2019), The Rise of Organised Brutality: A Historical Sociology of Violence (Cambridge UP, 2017) and Nation-States and Nationalisms: Organisation, Ideology and Solidarity (Polity Press, 2013). His publications have been translated into eleven languages.

People who do not believe in conspiracy theories find the conspiratorial thinking ridiculous  or bizarre. The conspiracy theorists are often deemed to be psychologically unstable, gullible, or delusional. Several psychological studies have indicated that individuals who strongly believe in conspiracies have schizotypal personality disorder and tend to infer meaning and intention where there is none. In a recent experiment on the behaviour of inanimate objects schizotypal individuals would regularly attribute intention and motivation to the randomly moving triangle shapes on a computer screen (Hart and Graether 2018). While identifying a psychological profile can help us understand the frame of mind of a typical conspiracist this research tool is inadequate for explaining conspiracy theory as a mass phenomenon. When conspiracists remain on the margins of society they can be dismissed as psychologically unstable or paranoid. However, when millions of individuals start believing in conspiracies and when this interpretative frame becomes a dominant social discourse then psychological accounts will not suffice.