In times of uncertainty accompanying social, economic, or political upheavals, democratic governance may be suspended temporarily or indefinitely by state leaders who justify the urgency to do so under the state of emergency, or the state of exception, for security reasons or for the general well-being of the public. I reflect here on several processes leading to gradual deterioration of the principles of inclusion and tolerance in democracies. 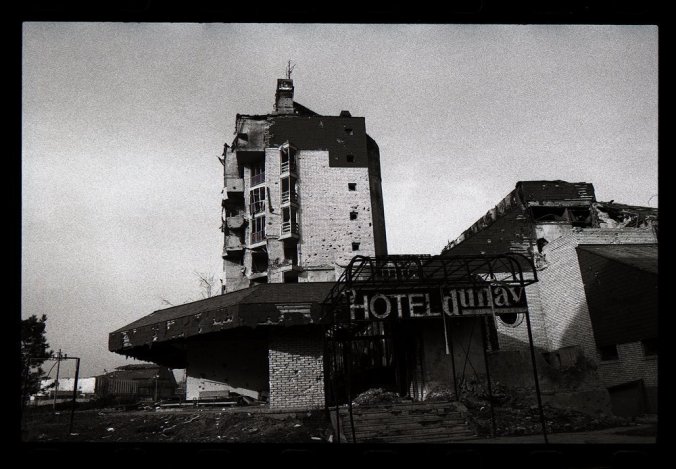 Drawing on my research, which examined the wartime contexts in Croatia in the 1990s, as well as Uganda and Guatemala in the 1980s, I show how the state of exception ushered not only the discourse of exclusion, but also targeted violence against civilians in certain regions during particular periods of time in each of the respective cases. I refer to the times and places when this violence was seen as a necessity, or a preemptive effort to protect the lives of the communities defined narrowly in terms of the myth of common descent or cultural identity, as amoral communities. There, the violence against certain member of the community was framed as an act of self-protection and the victims of violence were presented as a threat to the survival, not of individuals, but of the given group.

The first process, referred in the book as ethnicization, starts with the discourse of political leaders who in their attempt to appeal more directly to their supporters as they identify threats and possible solutions connect cultural elements, such as national identity, ethnicity, religion, race, or language with a particular political goal. At first, such discourse may not manifest itself “on the ground,” but over time, this may happen if the national-level discourse is accompanied by two other processes – the exclusion of moderates, or those who resist the ethnicization process on the local level with their own identities, values, or actions, and the production of borders.

While this framework is applicable the most to wartime situations, it may also be useful to identify certain warning signs of the deterioration of democratic institutions and values in response to recent global challenges confronting the states, such as migration. I will illustrate this with examples of the immigration policies in the United States, both historically and more recently. As citizens of a democracy, we should pay attention to how our leaders respond to such challenges, especially when the political discourse of exclusion is accompanied by the actual policies of exclusion.

The first signs that the conditions in a society are shifting toward less democratic values may be recognized in the discourse of political leaders who may be calling for national unity in the way that members of certain groups are represented as a threat to the security or the welfare of other citizens. When the objective threats to the survival of individuals are presented as threats to the survival of the nation-as-a-body, or a community whose members share the myth of common descent and/or the sense of belonging on the basis of a common culture and history, there is danger that ethnicization processes may be activated. It is during this time that leaders may justify exclusionary discourse and policies with a situation of a “crisis,” “state of exception,” or the “state of emergency.” This is the situation under which the processes of democratic governance are temporarily paused and the power of those who find themselves in the leadership position temporarily increases in order to deal with the urgent matter that is meant to protect the security of those who are seen as rightful members of the state.

Many individuals who qualify as refugees do not receive the necessary protections from the receiving states. As Hannah Arendt writes, despite the recognition of their human rights in the Declaration of the Rights of Man, “no authority was left to protect them and no institution was willing to guarantee them.” For example, the number of people falling outside the legal protection of a state in 2017 included 68.5 million individuals who are classified by the United Nations High Commissioner for Refugees (UNHCR) as forcibly displaced. Only one third, or 25.4 million people, of those who were categorized as forcibly displaced were registered as refugees.  Most refugees were hosted by the neighboring countries in the region of conflict. Specifically, most refugees in 2017 came from Syria, Afghanistan, South Sudan, Myanmar, and Somalia, while the countries that hosted the most of world’s refugees in the same year were Turkey, Pakistan, Uganda, Lebanon, Iran, Germany, Bangladesh, and Sudan. Only a small portion, or 102,800 refugees, were admitted for resettlement in the third country in 2017. These trends show that even individuals who are categorized as forcibly displaced are not always guaranteed legal protections.

From the modern states’ perspectives, as Saskia Sassen shows, the categorization into those who belong, or the citizens, and those who do not, or the population that may not yet qualify for citizenship and political rights, may form part of the national identity construction process.  Even in countries, such as the United States, that have a jus soli principle of citizenship and prioritize civic over ethnic belonging, there were periods in history when the ethnicity of immigrants was a criterion for admission or citizenship. One of the most restrictive pieces of legislation in the United States based on ethno-cultural identity was the Chinese Exclusion Act of 1882, which stopped Chinese labor migration for ten years and many years after that by legislation, and which was passed in response to anti-Asian mobilization by whites in California. As scholars Richard Alba and Victor Nee show, such restrictions on the basis of ethnicity were further institutionalized in the United States with the Immigration Act of 1924, which introduced “a system of quotas based on national origin that favored immigrants from northern and western Europe.” An attempt to move away from prioritizing migrants on the basis of ethno-national identities in the United States was the Hart-Celler Act (The Immigration and Nationality Act of 1965) which is a system that is in place today and prioritizes family relationships.

While the Refugee Act of 1980 brought the United States’ definition of refugees closer to that of the United Nations Protocol on the Status of Refugees, it still failed to “eliminate the essentially political decision of determining who will be recognized as a refugee” (Alba and Nee 2005, 179). Specifically, during the Cold War, the priority for asylum claims was given to forced migrants who fled from political regimes that were either adversaries or that were not in alliance with the United States. For example, Cubans fleeing Castro’s regime were recognized as refugees and benefited not only from the political asylum, but also from programs, such as the Cuban Refugee Program including access to colleges and small business grants, and the Cuban Adjustment Act of 1966 allowing eligible Cuban nationals to apply for permanent residence in the United States, which were not available to other immigrants (Alba and Nee 2005, 164-65). 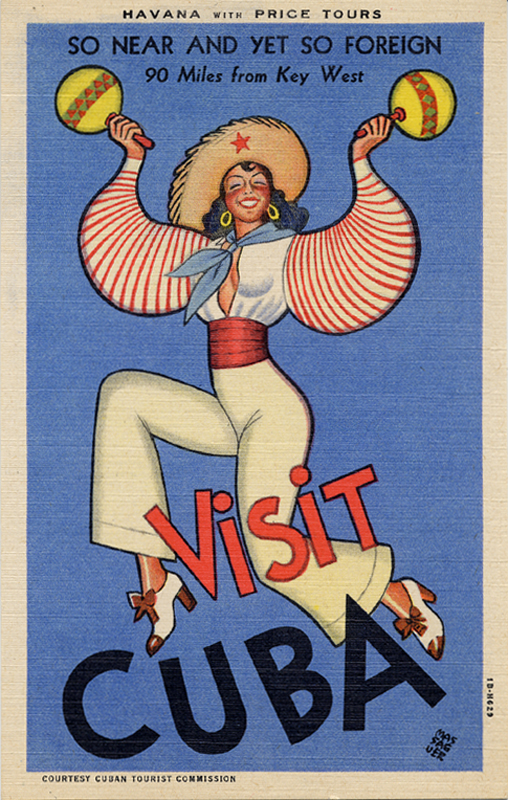 The Department of State’s history of refugee admissions by region from 1975 through 2020 illustrates how the country’s political motivations related to national interest have shaped the asylum policy in the United States. Specifically, during the period of the Cold War, from 1975 through 1992, 84 percent from the total of 1,683,172 refugees came from the Former Soviet Union and East Asia. In contrast, refugees from other regions that experienced wars and significant population displacement during the period of the Cold War were under-represented in the United States. Specifically, Latin American and Caribbean refugees constituted three percent, refugees from Africa two percent, and refugees from the Near East and South Asia five percent of the total of 1,683,172 refugees in the period from 1975 through 1992. These striking regional imbalances in the U.S. government’s decisions regarding refugee resettlement rights suggest a different kind of a policy of exclusion, most evident during the Cold War period, when the political, or national interest considerations, were given a priority over providing a safe haven to those forcibly displaced by political violence.

Historically, the United States demonstrated reluctance to admitting Central American migrants legally, even during the 1980s when citizens of El Salvador, Nicaragua, and Guatemala were fleeing civil war violence in their home countries. Even in the early 1990s when U.S. borders were opening for economic transactions as a result of the North American Free Trade (NAFTA) agreement, political leaders on both side of the political aisle intensified their efforts to police and monitor the southern border, as Peter Andreas shows.

When the situation became dire in 2014, in response to the rise in migration of unaccompanied minors fleeing crime-related violence in El Salvador, Guatemala, and Honduras, the United States government under President Barack Obama instituted the Central American Minors (CAM) program. However, after the change in political leadership in the United States, this program was halted under the administration of President Donald Trump in 2017. Over the next several years, additional restrictive and, from the perspective of immigrants, extraordinarily challenging policies were implemented.  For instance, the Zero Tolerance Policy called for arrest of any individual who engaged in any criminal activity, including the illegal border crossing. This policy of criminally prosecuting all migrants further led to the separation of children and parents – the practice that was criticized by the Human Rights Watch and other organizations concerned with migrants’ human rights. The restrictive policies under the Trump administration also applied to refugees, as the proposed ceiling for the number of refugees to be admitted in the United States was reduced in 2018. The position that migrants pose a threat and that such restrictive policies are justified were communicated in President Trump’s agenda from the period of his election through the Presidential 2018 State of the Union Address.

The examples above show that migrants, even in the cases when they need protection, may be stopped at state borders when they arrive in large numbers and when they are presented as an existential threat to the citizens of the receiving countries. What will be the effect of the Covid-19 pandemic on the way that migrants are represented in political discourse and in the actual policies of exclusion and the production of borders?  As the national, state, and local governments in United States were responding to the coronavirus crisis with varied levels of success, President Trump announced that “immigration in the U.S. will be temporarily paused” in order to protect American workers who lost jobs due to Covid-19. While there are exceptions to individuals applying for permanent residence, it is already becoming evident that economic and health effects of the coronavirus crisis may lead to greater immigration restrictions, or new policies of exclusion and the production of borders.

In the context of this most recent state of exception, the policies of exclusion have started to apply even to a category of nonimmigrants, as the U.S. Immigration and Customs Enforcement (ICE) announced that international students whose institutions move to remote instruction may not be present on the territory of the United States. While the impact of this policy is going to be unfortunate for the educational institutions across the country, it will be devastating for the international students, and in the long run, for the prosperity of the United States when the individuals with exceptional talent and ability go elsewhere to study and work. What kind of America are we becoming? It is too early to know with any certainty.

One thought on “Immigration, Identities, and the State of Exception”