A guest post by Seán Molloy, Reader in International Relations, University of Kent

Now that the contours of post-Brexit UK foreign policy are clearer following the Prime Minister’s ‘Global Britain’ speech, the time has come to ask the most critical question: is the project feasible? The central thrust of Theresa May’s pitch is that freed from ‘inflexible’ Brussels mordant grip the UK will soar to new heights. ‘Global Britain,’ May confidently asserts, will be a trading dynamo.

Nobody who lived through the referendum campaign could agree with the Prime Minister that the vote on June 23 was a declaration of Britain’s determination to build a “truly global” Britain. Insofar as the depiction of Britain as an economic titan destined for global greatness once free of the EU featured in the referendum it was a distant also-ran compared to immigration, the fabled £350m per week to be lavished on the NHS, and the restoration of British sovereignty. These objectives were all domestic in nature and not consistent with the Prime Minister’s characterisation of Brexit as the expression of a confident, thrusting nation about the take the commercial world by storm. The electorate voted with its eyes open, but its gaze was primarily fixed upon the perceived domestic consequences of EU membership and other grievances related to the operation of globalisation rather than an insistence upon seizing external opportunities. 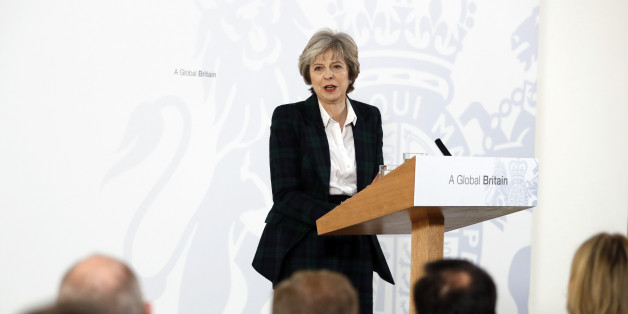 If what was genuinely at stake in the referendum eluded the Prime Minister, the full scale of its effects also seem to be absent from her articulation of the policies her government is poised to enact.

Theresa May certainly does not think it fit to approach Brexit with circumspect caution, instead proposing what will amount to nothing less than a British cultural revolution. May proposes massive investment in education and economic infrastructure that will transform the UK as it gears itself to take its rightful place of prominence, if not pre-eminence, within the hierarchy of global economic and political actors. This vision of a reawakened giant restored to vigorous free trading glory neglects troubling details affecting relationships at home and abroad. As the Chinese will attest, cultural revolutions come at a cost.

Domestically, the Prime Minister seems in denial about the impact of the Brexit vote on the United Kingdom (‘our precious Union’), and the cultural and political chasm that has opened between its two most important constituent members. Scotland and England now have diametrically opposed attitudes toward the EU and the type of Brexit (if any) the UK ought to pursue. This cleavage amplifies the already existing divisions between an SNP dominated Scottish Government and a Conservative UK Government. Nicola Sturgeon and her party have not been mollified by tokenistic gestures of involvement in the Brexit process after the decision to pursue ‘hard’ Brexit has already been taken despite their strong opposition. In any future referendum the Scots may ultimately decide that the ruthless power plays enacted by the Prime Minister since the referendum leave them with no option but to remain in an increasingly unloved union with England, but this will be a calculation based on economic interests rather than the product of a magnanimity Theresa May expects of the Brexit ‘losers.’ In an era of populist anger however, the true threat to May’s ‘precious Union’ may emanate from the Brexit ‘winners,’ with ‘English Votes for English Laws’ a slogan/manifesto at least as potent as ‘Take Back Control.’

Internationally, the idea of continued ‘friendship’ with the EU is unconvincing. One cannot insist on the benefits of free trade without expecting serious rivalry from other major players in the global political economy. The free trade the Prime Minister anticipates as the defining feature of ‘Global Britain’ inevitably entails competition with the EU. It would be naïve in the extreme to assume that the EU will not use every means at its disposal against a former member whose departure will cause serious turbulence across the institutions and member states of the EU. The EU cannot afford to allow the prosperity of the UK to outmatch its own – to do so would be to encourage further secession. While the EU will avoid direct confrontation it will likely employ any and all available economic and global governance instruments and advantages to hamper and stifle the UK.

May’s response to this possibility betrays the lack of realism that runs throughout the envisaged “Global Britain” project. Any clear headed analysis of a political relationship begins with a consideration of the relative power held by the two actors involved. Theresa May is under the mistaken impression that the relationship between the UK and the EU will be one of equals. There is no sensible measurement of either hard or soft power in which the UK is as powerful as the EU. This disparity of power will affect the content and scope of the Brexit negotiations. The extent of give and take and the nature of the deals reached will be determined by the more powerful political and economic actor, the EU. The evidence of this is provided by the fact that the UK has already had to surrender membership of the single market even before formal negotiations begin. This ‘victory’ is not a function of the kind of vindictive ‘punitive deal that punishes Britain’ that May fears might occur, it is rather a consequence of a power relations in which the EU holds all the elements that matter. The Prime Minister’s hyperbolic depiction of the EU suffering ‘calamitous self-harm’ as a result of any ‘punishment’ of the UK lacks credibility. No amount of neoliberal restructuring by the UK would seriously harm the economic prospects of a union that contains three of the largest economies in the world operating within a tightly integrated, wealthy single market from which the UK could conceivably find itself marginalised or excluded. Simply put, the EU is in a better position to absorb ‘calamitous’ harm. Every threat that May makes invoking tariffs, threats to investment, supply chains and financial services rebounds like a curse threefold upon she who utters it. 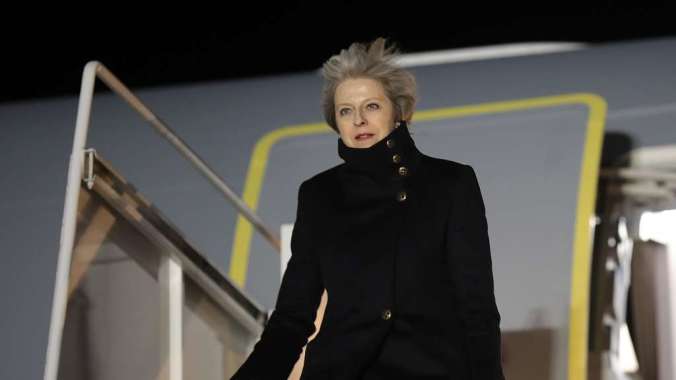 The assumption that Global Britain will somehow contract wonder deals with ‘the fastest growing export markets in the world’ is also suspect. Deals may occur but not necessarily on terms favourable to the UK. Why would any state give a UK desperate for trade deals an even break? This issue is particularly acute in relation to US-UK relations. May’s speech to the Republican Party in Philadelphia highlighted the extent to which the UK will be dependent upon the tender mercies of a president who has vowed to put “America First.” In the speech May inadvertently demonstrated just how very little the UK has to offer that is attractive to Trump’s USA and oddly drew attention to the extent to which current US and UK policies diverge in relation to NATO and Russia. History demonstrates the extent to which the ‘special relationship’ has come a distant second to the strategic priorities of what the Americans take to be in their national interest: ultimately, America’s future commercial and political interests are far more enmeshed in the fate of the continent than in a UK it will likely regard as a highly dependent ally with little or no leverage. Americans do not perceive the UK to be equal partners. Any future deal with Trump’s America will reflect the disparity in power between the two and it is misguided hubris or playing to the domestic gallery to pretend otherwise.

Instead of realism, Theresa May offers a utopianism predicated on British exceptionalism. May largely ignores the potential damage wrought by Brexit upon both domestic politics and international society. Fever dream proclamations that the UK possesses ‘the finest intelligence services, the bravest armed forces, the most effective hard and soft power’ will not suffice in place of effective policy. Perhaps the weakest element of the idea of Global Britain is that it depends on two incompatible elements. If Britain is to become the poster boy of neoliberalism, with tariff free access provided to the low wage economies of the ‘fastest growing export markets in the world’ how will British firms with their newly empowered, relatively highly paid workforces compete without reducing overheads relating to wages and working conditions? Only so many workers can participate in the industries in which the UK possesses a comparative advantage or that benefit from fear inspired subsidies extorted from the supposed champions of free trade.

The future is unpredictable. Brexit could turn out to be a fantastic success heralding a renaissance for the UK. The roadmap to this future, however, is unlikely to be found in Theresa May’s peculiar mishmash of nostalgia and futurism. Politics responds to the tune of power and the calculation of national interest undertaken with an eye towards the limits of one’s own capabilities. Theresa May’s romantic projections are hallucinations obscuring the true nature of the tasks ahead.  Britain and its allies deserve better.