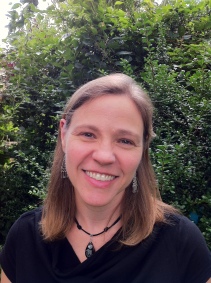 The sixth post on critical methodologies and narrative, by Jennifer Riggan. Jennifer is an Assistant Professor of International Studies in the Department of Historical and Political Studies at Arcadia University, where she began teaching in 2007.  She holds a Ph.D. from the Education, Culture and Society program at the University of Pennsylvania, where she received training in political and educational anthropology and African Studies. Her ethnographic research addresses a variety of issues including nationalism, citizenship, state formation, militarism, development, and education. She has published on the changing relationship between citizenship and nationalism and on the de-coupling of the nation and the state. She is currently working on a project entitled The Teacher State: Militarization and the Reeducation of the Nation in Eritrea which explores the role of teachers in state-making in the east African nation of Eritrea.  This research has been funded by a Fulbright research fellowship, a Social Science Research Council International Dissertation Field Research Fellowship and a Spencer/National Academy of Education Postdoctoral Fellowship. Dr. Riggan earned a B.A. in English from Trinity College in 1992 and served as a Peace Corps volunteer in Eritrea from 1995 to 1997.

I show up at the workshop on October 26th, not quite sure what to expect. I have gone through the ritual preparations for a conference. I have crafted a carefully cultivated appearance—professional, but not formal attire. Light makeup, hair blown dry, hopefully neat but not overly coifed. Glancing around the room, I’d say many of us have made the same preparations. This is a conference. We all know how to perform ourselves for this venue. The ritual is familiar to us. Notebooks at the ready. Cups of coffee in our grips. A firm handshake of greeting when we meet someone. A socially acceptable hug or kiss if we know someone well. Small talk about our institutions, our research, our teaching. Occasionally our children make a brief appearance in the conversation. When we sit down to introduce ourselves, my voice emerges from my mouth, confident and assertive. I hear myself speak and I don’t recognise the sound, even less the tone. How certain this person sounds, I think, I could be convinced by this person.

For me, the ritual is essential to make me believe in the performance. After all, I have no idea why I’m here and I assume, as usual, that some mistake was made when they invited me. Do they really know who I am? The preparatory rituals, the carefully calibrated appearance, the performance of being academic acts as a talisman against someone pointing the finger at you and crying, “imposter!” I say it to myself all the time. But in an odd form of ritual alchemy, I become what I perform. I fake it until I make it and then I actually believe in this ‘I’ that I barely recognized a moment before. I have become the performance. But when I get lost in my performance, where have I actually gone?

We are here to talk about stories. Some of us tell stories. Some of us make arguments about stories. Stories, like academic rituals, are performances. Are they any less alienating than the ritualization of self? The most honest of us raise questions about stories or tell stories that ask questions. Himadeep Muppidi’s poignant and simple assertion, “empire tells amazing stories,” has stayed with me since that day like a song whose words you can’t get out of your head. We are all penetrated by the empire’s stories. They make us cry and fill us with pride or righteous indignation. They have answers. But how do we tell stories that perform less and question more? This is hard to do in a world, and a profession, that prefers periods or exclamation points to question marks. Our language limits us. What is the point of a question without an answer? What do we become in the absence of our performances of certainty?

We sit around a big square table all facing each other in a large seminar room. The format is good because we can see each other, but I am very aware that there are so many right angles — the tables, the straight backed chairs, the floor, the ceiling, the buildings outside the large windows. I try to imagine the conversation transported to a different setting, away from the big square table. What if we were all nestled into couches and soft chairs, legs curled up under us, perhaps in front of a fireplace? What if we were garbed in pajamas and sweat pants instead of professional uniforms? What if we were having these conversations over coffee or tea, our eyes blurred with morning sleep or drifting off over after-dinner drinks? Would the conversation then be more likely to end in a question mark? Maybe it’s not language that limits us, but the right angles in the room.

In the summer of 2002, the Eritrean government started detaining almost every man under the age of 45 and some women. Most people were unharmed and only detained for a few hours. People were angry, annoyed and made jokes about the situation. One day, my husband, an Eritrean, was arrested. I panicked and cried a lot at the time. He was returned a few hours later. I ran across an entry in my fieldnotes from a year after that incident. In my fieldnotes I recounted myself joking with some other Eritreans about government round ups. I told this story and everyone laughed. Other people told other stories, some much more harrowing. Everyone laughed. I had chosen to wrap my memory in this humor rather than in terror until I began to write about it. I, like so many other Eritreans, had told myself a funny story about a terrifying situation.

Anthropologist Begona Aretxaga has a wonderful essay entitled ‘Maddening States’ in which she talks about that maddening state when our emotions register opposite reactions to the realities of state power and violence. Our ideals of the benevolent state clash psychologically, culturally and materially with the realities of the coercive, violent state. So too, the depiction in my fieldnotes of the Eritrean state as bumbling and stumbling, but basically benevolent, arresting everyone because they were incompetent and didn’t know what else to do clashed with the real experience that the state could do whatever they wanted to you and you could do nothing about it.  Incompetence to be laughed at clashed with vast power over citizen bodies. Terror vs. humor.

I have often written about Eritrean government round-ups. Indeed they were a central component of life in Eritrea during the time of my fieldwork and shaped everyone’s everyday encounters with the state. But I don’t think I really understood them until I re-opened that wound last summer.  I’d been covering over the wound, as Jenny Edkins put it in her comments in the workshop. I’d been trying to make the story have closure. I’d been trying to depict Eritrea as the “bad” authoritarian, coercive, imprisoning state.

The reality is a mix of all these stories. The reality is complicated and confusing. The reality was that I and Eritreans were living in a place where we were constantly grappling with the question, “what kind of state is this?”

When does the ‘I’ make you roll your eyes?  Did you really want to hear about my personal anxieties about academic performances that I started this essay with?  Did you really want to know the thoughts going through my head as I got dressed for the workshop or walked in?  Did you want to know what I thought of the room?  Maybe you stopped reading and jumped to the next blog post.  Should the ‘I’ remain at the center of our analysis or fall into the background as part of the process?

While it seems that Political Scientists and IR scholars wrestle with whether or not there is a place for the ‘I’ at all, whether or not it has some role or should be completely obliterated from research methods as well as writing, Anthropologists wrestle with the question of where the ‘I’ should appear. Very few Cultural Anthropologists would suggest these days that an anthropologist can avoid being reflective. That is, no would dare suggest that anthropological methods can work without keeping an awareness of ‘I’ front and center.  But there are also very few anthropologists who would say that one’s research is only about oneself. ‘I’ alone is not enough, but the degree to which ‘I’ should appear in ones written, published work, is still up for debate. Audience and audience expectations about empirical grounding are of concern here. Who am I addressing? Who is the you?

One of the most powerful narrative works that I have ever taught with is Jamaica Kincaid’s essay, A Small Place. I use it whenever I teach about globalization, development, colonialism or neoliberalism.  In this essay, she writes in second person, speaking directly to “you” the tourist, the visitor to a small Carribbean island.  Some students love it. Some hate it. All are provoked by it. No one is neutral. Some identify with the ‘you’.  Some do not.  I can think of few works that make such a poignant use of the audience as this one. I can also think of few that try to write back against the stories that empire tells all of us.

And yet, as academics, is our sense of ‘you’ as developed as our sense of ‘I’?  We make some assumptions about our audience, but are they true? We murmur anxiously every chance we get, about how to get published, about the limitations of what we can publish, about the expectations for tenure. In fact, we tend to spend far more time talking about this than about our work. But are we making our reality or deciphering it?  One of the reasons empire tells amazing stories is because empire knows its audience. In fact, empire gets to make its audience in the telling of its stories. Do you?

Our wounds bind us to the why of our work. We can pretend this doesn’t exist. We can write it out and go on with our performance.  Or we can be honest, but we always fear the honesty will leave us open to questioning. The question is, is the question enough? Does the story need an answer? And can the audience hear it?

4 thoughts on “In Praise of Question Marks: Reflections on ‘Critical Methodologies: Narrative Voice and the Writing of the Political – The Limits of Language’”