A guest post by Nathan Coombs, a doctoral student in Politics and International Relations at Royal Holloway. Nathan’s work focuses on the relationship between metaphysics and political ideology. Nathan is the author of ‘The Political Theology of Red Toryism’, published in the Journal of Political Ideologies, 16(1), February 2011, as well as a number of other papers. He is an also an Editor of the Journal of Critical Globalisation Studies, an open-access peer-reviewed academic journal which should be a stimulus to us all. Images by Pablo.

If there is a point of unity for strong (non-Keynesian) critics of neoclassical economics it is their shared rejection of modelling. This is not to say such authors shun all use of abstraction, idealisation, and quantisation in favour of just qualitative, empirical efforts at explanation. Rather, modelling is held out as a practice whereby mathematical attempts to grasp economic laws become unhinged from reality; where abstraction begets abstraction for its own sake. For example, in his famous methodological treatise, Economics and Reality, Tony Lawson firmly demarcates the form of abstraction he recommends for economics from the practice of modelling – placing stress on the point where: “it seems vital that I indicate why the procedure to which I refer does not at all reduce to the activities of the ‘modelling’ project in question.” (Lawson 1997, 227)

For different reasons converging to the same end, advocates of the most active strand of Marxian economics, working from the Temporal Single System Interpretation (or TSSI), are equally averse to modelling, associating it with simultaneous, equilibrium interpretations of Marx’s labour theory of value, diverging from the correct representation of the theory. Inside the pages of Andrew Kliman’s recent book, Reclaiming Marx’s “Capital”, the word ‘model’ only occurs negatively in association with what he argues are flawed abstractions of the theory from Okishio’s theorem through much political economy in the 20th century (Kliman 2007, 44, 48, 66, 101, 176). The idea that Marx’s Capital might itself be considered a theoretical model of the economy is out of the question.

What explains this resistance to modelling for critics of the status quo in economics?

Given the importance of models within climate science and, one could also add, its increasing usage within contemporary scientific practice at large (Frigg 1996), why has modelling become such a taboo for some heterodox economists? To get to the bottom of this question it is necessary to examine precisely what is meant by a model in the dominant neoclassical school, and why its usage occupies only a narrow band of the methodological range of scientific modelling. This will then permit us to suggest why, far from being afraid of modelling, alternative economic paradigms wishing to forward positive economic analysis should embrace modelling their theories – and why mathematical model theory has a role to play.

Two types of models predominate within neoclassical economics: theoretical models and econometric models, quite frequently with a questionable degree of transitivity between the two. An exemplary case of a theoretical model in the neoclassical paradigm is the use of Nash game theory to support the hypothesis of stable general equilibrium. These models of human behavioural assumptions typically build upon the atomic unit of the rational agent in order to construct the microeconomic edifice atop. On the other side, econometric models, with neoclassical models theoretically underwriting them, seek to design the correct ‘experimental’ apparatus in order to correlate the data according to explanatory and predictive desideratum (Maki 2011).

Yet the persistent failure of neoclassical economics to adequately reflect, or predict events in the real world, has led to critiques of this approach from a number of angles. Behavioural economists take issue with the assumption that agents are rational by drawing on empirical, psychological findings. Other critics contend that attempts within economics to emulate natural science, and particularly physics, effaces the complex sociological, political, and cultural determinations so important for how economies actually work (Mirowski 1991). Furthermore, the epistemological critique of the critical realist school alleges that an adherence to an erroneous post-Humean conception of science as simply isolating event regularities is responsible for a de facto positivist methodology at odds with the object of economic study (Lawson 1997). A point of convergence for these different critical angles is the accusation that the heavy reliance on mathematical model building within economics is a distraction, or worse, a reason for the ‘autistic’ lack of sensitivity in the discipline to the real world. Economic modelling has become associated with an abstract, mathematical parlour game, whose neoclassicist players are not concerned to address any particular explanandum (Klein and Romero 2007). Thus, economic theorising has become squarely positioned against modelling – and mathematical modelling, in turn, as one of the guiltiest culprit’s for the failure of neoclassical economics.

One rather unfortunate consequence of this legitimate concern with modelling in neoclassical economics has, however, been a more widespread suspicion amongst critics of the use of mathematical models in economics in general. An upshot of this trend is that critics of mainstream economics tend to favour broad sociological and philosophical critique (Little 1995, 1), whilst practicing economists absorb themselves in the detail of mathematical problem solving. There have been a number of attempts in the economics literature to bridge philosophy and applied mathematics, but by and large the gulf between the two approaches remains. Critical realism, for instance, has failed to develop from a methodological critique into a new, positive economic paradigm. Opposition to economic models has often defaulted simply to an anti-economics position, and apart from econometric modelling in their empirical work for the handful of Marxian TSSI economists this has frequently meant avoidance of modelling in any shape or form. 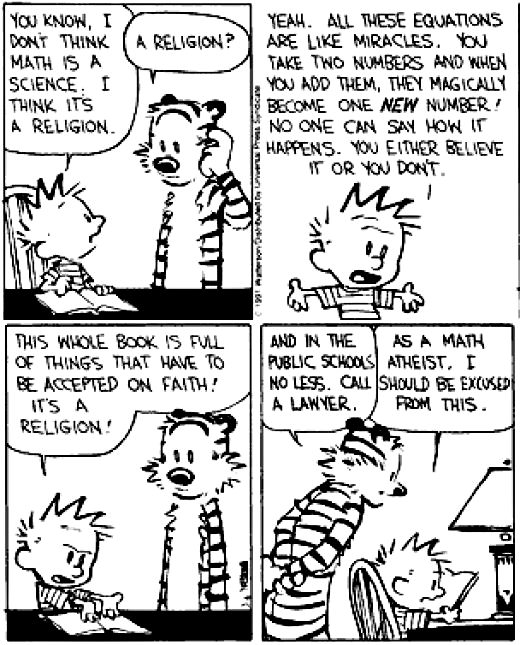 My contention is that part of the reason for this state of affairs is the narrow conception of what a ‘model’ is within the neoclassically dominated economics profession, where the concept of model is circumscribed a role overly specific to what is habitually being modelled (i.e. the rational agent, or input-output flows) and how these ‘objects’ are modelled (i.e. game theory). This claim can be given historical substantiation by noting the asynchronicity of the tardy introduction of the term into the economic discipline by Jan Tinbergen in 1935, despite its usage within physics and mathematics dating back decades before (Boumans 2004). The point is that unlike the conceptions of models developed in physics and mathematics only a certain type of model that entered economics. As (Boumans 2004, 268-269) puts it:

Contrary to Gibbs’ tendency to require rigorous logic, in which self-consistency became more important than correspondence to reality, modelling arose in a tradition in which understanding means being able to deal with the representing mechanism […therefore, economic models] though they represent either some aspect of the world, or some aspect of a theory, they are partially independent of both theories and the world.

To see the difference between this conception of a model and other scientific models, one needs to contrast this with mathematical model theory, where the model is supposed to semantically support all the theorems possible by the logical syntax – thus placing emphasis on logical consistency. Likewise, this type of model differs from models in physics, insofar as it is not designed to aid an experimental program. Neoclassical economic models are semi-autonomous from both the imperative of ensuring the logical rigour of a more foundational set of theoretical axioms and also from empirical correspondence, arguably thereby slipping between the cracks of both the rationalist and empiricist compartments of scientific investigation.

The fact that neoclassical economic models fit into neither conception is part of the reason for their separation from economic theorising, since they leave their assumptions generally untouched. It follows that although Suppes (1965) convincingly demonstrates the possibility of translating scientific theories into mathematical models – owing to the fact that they can be axiomatised – his arguments for why this might be beneficial do not so obviously carry across to economic models of the neoclassical variety. By rendering a scientific model into the form of a mathematical model Suppes proposes that the precision resultant from being able to check the consistency of statements in a theory provides a compelling reason to undertake the laborious process of rendering a theory into a formal, axiomatic system. He also additionally argues for the immanent testing of a theory by extending it into a new domain and constructing a model in that domain (1965, 14). Alain Badiou (2007) has similarly argued that there is more than a semantic overlap between mathematical models and other forms of modelling in science. He draws attention to the open, experimental dimension of mathematical models because of the revisability of axioms demonstrated by consistency and independence proofs (Gödel 1940, Cohen 2009). In much the same way as Suppes, for Badiou mathematical model theory demonstrates the possibilities of modelling even before one begins to question correspondence with the real world.

The axioms of geometry provide a good general example of what Suppes is getting at with his idea of extension. Euclid’s axioms were consistent, but when placed in an ‘inner model’ on the surface of a sphere they break down, leading to proofs of the independence of some of the axioms and the need for revision. A more concrete example for economics could be shown through a model of Marx’s laws of values to see if the aggregate identity of ‘total profit = total surplus value’ holds when fiat money is no longer presumed to mirror a causally primary real economy of commodity production. Post-Keynesian, circuitist monetary theory has in fact already provided an example along the lines of the above. In the process of converting the qualitative, circuitist theory that financial institutions create money independently of central banks into a mathematical model, numerous problems in the results – losses in the circuit, the destruction of money, and the profit dilemma – forced the need for changes and clarifications in the underlying theory (Keen 2009).

The Importance of Modelling for Economic Theorising

Two arguments have been forwarded above, so let us untwine them for the sake of clarity, before a third argument is introduced regarding the relevance of mathematical model theory for economics:

To conclude, why do I want to argue that the latter form of mathematical modelling is useful, indeed necessary, in economic theory? For the ‘critical realist’ reason that empirically testing economic theory to ascertain its truth is remarkably hard. Hopes that in lieu of an underlying theory of the casual structures, econometric experimentation via exhaustive correlation procedures might be adequate to perform the role, have been abandoned by even some of their formerly most optimistic advocates (Cartwright 1995). Therefore, in searching for theories that most adequately grasp the real casual mechanisms underwriting economic phenomena, a large degree of latitude needs to be given to formal experimentation and consistency checking. Unlike how models are generally utilized in neoclassical economics, modelling can contribute to the actual process of theoretical improvement. Model building and theory building need not be separate if an approach is taken informed by mathematical model theory in the construction of mathematical models of economic theories.

Boumans, Marcel. “Models in Economics.” In The Elgar Companion to Economics and Philosophy, by John B. Davis, Alain Marciano and Jochen Runde, 260-282. Cheltenham, UK and Northampton, MA, USA: Edward Elgar, 2004.

Gödel, Kurt. Consistency of the axiom of choice and of the generalized continuum-hypothesis with the axioms of set theory. Princeton: Princeton Univeristy Press, 1940.

Keen, Steve. “The Dynamics of the Monetary Circuit.” In The Political Economy of Monetary Circuits, edited by Jean-François Ponsot and Sergio Rossi, 161-187. Basingstoke: Palgrave Macmillian, 2009.

Little, Daniel. On the Reliability of Economic Models: Essays in the Philosophy of Economics. Edited by Daniel Little. Boston/Dordrecht/London: Kluwer Academic Publishers, 1995.

Suppes, Patrick. A Comparison of the Meaning and Uses of Models in Mathematics and the Empirical Sciences. Technical Report No. 33, Stanford: Institute for Mathematical Studies in the Social Sciences, 1965.

One thought on “Who’s Afraid Of Economic Models?”