This is a guest post by Sarah Keenan, who is a Lecturer in Law at Birkbeck, University of London. Keenan is the author of Subversive Property: Law and the Production of Spaces of Belonging, as well as numerous articles in the fields of property law, critical race theory, gender and sexuality, migration, and the politics of Indigenous Australia.

Two summers ago, the British government announced that it would pass laws requiring  landlords to evict tenants who do not hold valid visas. As part of her efforts to convince poor African migrants that ‘our streets are not paved with gold‘, then Home Secretary Theresa May planned to make it a criminal offence for landlords to rent to irregular migrants. This plan, which has since been implemented by the Immigration Act 2016,[1] was part of May’s professed intention of intensifying the ‘hostile environment‘ for irregular migrants that her government had begun creating with the Immigration Act 2014. As the Church of England put it, the so-called ‘right to rent’ requirement creates a border in every street.

How do we understand such borders, which are at once invisible and real, intermittent and permanent; borders that operate by attaching to individual subjects wherever they go rather than bounding off a defined physical area; borders that are internal to the nation that has already been entered. In particular, how do we understand internal borders in Britain, a political entity that as Kojo Koram has argued, ‘has never really existed as a nation, it has only really functioned as an empire‘; an empire which once sought to extend its borders to encompass as much of the world as possible? As the empire crumbled, patterns of migration shifted from white British subjects moving out to colonise the world, to brown and black British subjects moving from resource-depleted home countries to the island motherland, seeking work and a better life. The British state responded to this arrival of non-white subjects with increasingly restrictive immigration laws which have the maintenance of white supremacy at their core. Immigration law has then combined with other areas of law to increasingly and literally restrict the physical space in which non-white subjects are able to safely exist on this island. Examining the hostile environment produced by the internal borders of the 2014 and 2016 Immigration Acts helps us to make sense of the means through which law produces racist landscapes in which material spatial boundaries exist for particular subjects and not others. Beginning with a brief discussion of how legal geography, critical race theory and critical disability studies assist in understanding the relationship between law, space and the human subject, I put forward the concept of ‘taking space with you’ as a way to understand the racist British landscape in which we live today.

END_OF_DOCUMENT_TOKEN_TO_BE_REPLACED

Donald Trump has a thing for rebuking America’s democratic allies and their leaders—his latest target being Australia’s prime minister, Malcolm Turnbull. The UK appears to be an exception to this trend. In his first interview with the British press as president-elect, Trump explained that the UK has a “special place” in his half-Scottish heart and pledged to support a post-Brexit UK-US trade deal. Reportedly a big fan of Winston Churchill—and of Boris Johnson’s Churchill Factor—he also asked the UK government to loan him a Churchill bust that his Republican predecessor George W. Bush kept in the Oval Office.

END_OF_DOCUMENT_TOKEN_TO_BE_REPLACED

In her speech to the 2016 Conservative Party conference, Theresa May threw down a gauntlet:

For anyone wondering who or what met the cut, May was helpfully expansive, populating this rather arcane placeholder with the figures of the boss who earns a fortune but doesn’t look after his staff, the international company that eludes the snares of tax law, the ‘household name’ that refuses cooperation with anti-terrorist authorities, and the director who takes out massive dividends while knowing that the company pension is about to go bust. Basically, fat cats with the odd public intellectual thrown in. May contrasted the spectre of the rootless cosmopolitan with the ‘spirit of citizenship’, which, in her view, entailed ‘respect [for] the bonds and obligations that make our society work’,

‘commitment to the men and women who live around you’, ‘recognizing the social contract that says you train up local young people before you take on cheap labour from overseas.’ And perhaps astonishingly, for a Conservative Prime Minister, May promised to deploy the full wherewithal of the state to revitalize that elusive social contract by protecting workers’ rights and cracking down on tax evasion to build ‘an economy that works for everyone’. Picture the Brexit debate as a 2X2 matrix with ideological positions mapped along an x-axis, and Remain/Leave options mapped along a y-axis to yield four possibilities: Right Leave (Brexit), Left Leave (Lexit), Right Remain (things are great) and Left Remain (things are grim, but the alternative is worse). Having been a quiet Right Remainer in the run-up to the referendum, May has now become the Brexit Prime Minister while posing, in parts of this speech, as a Lexiter (Lexiteer?).

END_OF_DOCUMENT_TOKEN_TO_BE_REPLACED

BETWEEN me and the other world there is ever an unasked question: unasked by some through feelings of delicacy; by others through the difficulty of rightly framing it. All, nevertheless, flutter round it. They approach me in a half-hesitant sort of way, eye me curiously or compassionately, and then, instead of saying directly, How does it feel to be a problem? they say, I know an excellent colored man in my town; or, I fought at Mechanicsville; or, Do not these Southern outrages make your blood boil? At these I smile, or am interested, or reduce the boiling to a simmer, as the occasion may require. To the real question, How does it feel to be a problem? I answer seldom a word.

The political pause over Stop and Search

The riots of 2011, and the research that was conducted afterwards, have had multiple political effects. Of these, one of the most important has been a clearer public exposure of the deep animosities generated by police use of stop and search powers against young people and especially those of black and Asian backgrounds. Whilst the idea that stop and search causes animosity is not news to anyone interested in British race relations or human rights, it has unusually become the focus of increasing political attention. For many years the Independent Police Complaints Commission has warned that the use of stop and search powers may be being exercised in a discriminatory and unaccountable way, and the Equalities and Human Rights Commission have been investigating police forces on this front.  Yet it was only following the riots that the Metropolitan Police Commissioner Sir Bernard Hogan-Howe began a large overhaul of the use of the power in London in 2012. Following this, parliamentary briefings were issued which pointed to the broader ineffectiveness and abuse of the powers, and the Home Office has launched a consultation into the use of stop and search. In launching this consultation, equality-sceptic Home Secretary Theresa May acknowledged, in very measly terms, the discriminatory ways in which these powers had been exercised:

The official statistics show that, if someone is from a black or minority ethnic background, they are up to seven times more likely to be stopped and searched by the police than if they are white. Now we should not rush to conclusions about those statistics, but everybody involved in policing has a duty to make sure that nobody is ever stopped just on the basis of their skin colour or ethnicity. The law is clear that in normal circumstances, stop and search should only ever be used where there is a reasonable suspicion of criminality—and that is how it should be. I am sure we have all been told stories by constituents and members of the public about what it is like to be a young, law-abiding black man who has been stopped and searched by the police on more than one occasion. If anybody thinks it is sustainable to allow that to continue, with all its consequences for public confidence in the police, they need to think again.

Danny Boyle’s Olympics opening extravaganza was many things, but one thing it was not was a history lesson. If you were looking for any acknowledgement of the place of empire in the British national narrative, you would have had to concentrate quite ferociously during the hauntingly beautiful Abide With Me section, sung by Emeli Sandé, to see Akram Khan’s dance troupe mime the whipping of slaves (1:21:04 into the BBC’s coverage of the event). It’s possible that I simply imagined this because I was looking so hard. Anachronistically, moments before, Empire Windrush had arrived on stage, without context, like a Caribbean cruise ship blown off course (Columbus revenge). Two moments that you would have missed if you’d blinked, leaving you mystified about how the opening ceremony, Team GB, and indeed Britain itself had become such a multiracial spectacle.

In the reams of mostly laudatory commentary that has followed the ceremony, some have suggested that it might not have been appropriate to stage imperial conquest and plunder on an occasion that was meant to welcome the world to London. The insinuation that opening ceremonies should be mind-numbingly ‘fun’ is belied precisely by what made this one meaningful. Boyle deserves credit for trying to do history—any history at all, however potted—and indeed what makes his exclusions telling and problematic was precisely the emotional depth and maturity with which he was able to stage historical trauma (the Industrial Revolution, the World Wars, 7/7) and individual vulnerability (children in hospital, the references to children’s literature evoking the darkness of growing up) without detracting from the spirit of celebration. Yet some traumas are clearly easier to commemorate, some dead easier to remember, than others. Boyle’s history was curiously blinkered, resolutely domestic, almost wilfully blind to anything that happened outside this ‘green and pleasant land’. (An alternative potted history entitled ‘How to Keep Your Land Green and Pleasant’ might read ‘Step 1: export surplus population, preferably of the lower orders, preferably to places quite far away; Step 2: export dirty industries; Step 3: repeat step 2 for as long as you are able to.) The problem may have begun with the title—Isles of Wonder—that foreshadowed the geographically circumscribed view of history with which we were presented. Indeed the extraordinary, infuriating and continuing dilemma of British identity is that only the cultural right does geographical justice to Britain’s role in forging the modern world, albeit in registers of racism and supremacism. If Boyle’s historical imagination is anything to go by, the left, it would seem, prefers amnesia.

END_OF_DOCUMENT_TOKEN_TO_BE_REPLACED 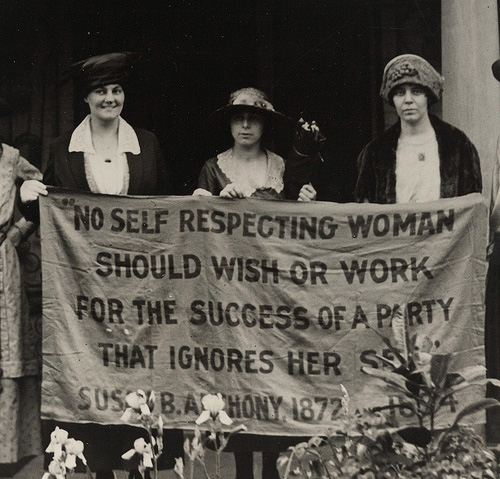 Today is the 100th International Women’s Day. The Government has been announcing its latest action plan on violence against women and girls (including some bold promises for increased funding for rape crisis centres) accordingly. But The Times reports that British officials have, in the same moment, been deliberately undermining a draft convention against violence against women at the Council of Europe. Specifically:

Even more damningly, our representatives apparently want the convention to apply only to gendered violence carried out in ‘peacetime’ and not to violations in war. Today’s Home Office announcements make reference to various avenues and promises of international ‘co-operation’, but say nothing about this specific charge. Media reports are similarly silent so far.

This is extraordinary. The timing is brutally ironic, although that is likely down to the Editors at The Times. But why would William Hague and co., newly championing freedoms elsewhere, suddenly seek to undermine international cooperation on this front?