The fifth and final post in our symposium on John M. Hobson’s The Eurocentric Conception of World Politics: a reply from John himself, responding to the commentaries from Meera, Srdjan and Brett. John’s original summary post is, of course, still available too.

Introduction: All for one and one for all?

I would like to begin by thanking most sincerely my three blog interlocutors for having gone to the trouble of reading my new book, never mind taking the time to write up their extremely thoughtful and interesting blog responses. Of course, the cynic reading all of this might be forgiven for thinking that such a blog forum is hardly a ‘testing environment’ for Hobson’s book, given that his interlocutors are either postcolonialists or at least influenced by postcolonialism and have presumably, therefore, been “cherry-picked” for their potentially sympathetic tendencies. Even the titles that they have chosen, so the cynic might think, would appear to be symptomatic of this, with Meera Sabaratnam’s piece proclaiming – extremely generously I must concede – that my book has succeeded in ‘blowing up the disciplinary citadel of International Relations’, while Srdjan Vucetic’s title projects even further the meaning of the front cover of my book to that which I had intended, suggesting that IR is a ‘foolish discipline’ given his resounding agreement that it suffers from a pervading Eurocentrism. In this vein it might be thought that Brett Bowden’s title – ‘Eurocentrism and More’ – chimes in with yet another wholehearted rendition of the now familiar chorus of ‘IR is a Eurocentric discipline’. So why the fuss about all this and is there much point in reading on? For it would seem that we’re all agreed and there’s nothing to debate, right?

Well no, not quite all for one and one for all. END_OF_DOCUMENT_TOKEN_TO_BE_REPLACED

For this fourth post in our symposium on John M. Hobson’s The Eurocentric Conception of World Politics, TDOT is delighted to welcome a response from Brett Bowden, Associate Professor of History and Political Thought at the University of Western Sydney.  The first three posts included an introduction from the author, and responses by TDOT’s Meera and Srdjan. In the next few days we look forward to a response from the author.

Let me begin by stating what will soon become obvious: this is not a book review of John Hobson’s The Eurocentric Conception of World Politics. The earlier posts from Meera and Srdjan have done an admirable job of engaging with the book in greater depth than I intend to here. Given that this is a blog, I will lay my cards on the table upfront – I’m a fan of John Hobson’s work. And I’m a big fan of The Eurocentric Conception of World Politics, which probably comes as no surprise to anyone remotely familiar with my own Empire of Civilization (all three of you). More specifically, I largely agree with the general tone and thrust of John’s book and the larger points he seeks to make about Eurocentrism. I don’t always agree with the details or finer points, but I too don’t want to split hairs. For instance, as John notes, I am not so kind to Kant, as I think his Lectures on Geography cast a doubt on some of his cosmopolitan claims and anti-imperialist credentials. But this is a minor difference of opinion that has no real bearing on the larger points being made about Eurocentrism and the study of world politics, or more specifically, international theory, for there is a difference.

As noted in an earlier posting, similar observations could be made about the humanities and social and behavioural sciences more generally, which is where, as an undergrad, I was first struck by Eurocentrism, albeit probably without knowing it by name. I can’t recall all of the details, but it was in a small seminar (only three students and a lecturer) on political philosophy where something we were reading and some comments on it struck me as rather odd; I made a point of raising my objections, which were dismissed by my three interlocutors, and I recall thinking to myself: ‘Wow, people still think like that’ – and well-educated people at that. Yes, Eurocentrism, along with a few other accompanying -centrisms are alive and well. This book won’t be the death of Eurocentrism, but hopefully it will shine a light in to some of the darker corners of the discipline and help to open the eyes and ears of a new generation of students and scholars. Which brings me to my purpose here; given that I’ve said I’m not exactly reviewing the book.  The Eurocentric Conception of World Politics and some of John’s earlier work has done a great service in bringing contentious issues to the fore where they can be debated openly – and now that John has opened up the can of worms, I’m going to jump on the bandwagon, get on my soapbox and ride on his coattails. END_OF_DOCUMENT_TOKEN_TO_BE_REPLACED

This is the third post in a symposium on John M. Hobson’s new book, The Eurocentric Conception of World Politics. The series began with a post by the author summarising the argument of the book, followed by Meera’s response. In the next few weeks, we will have a posts from Brett Bowden, followed by a reply from John.

Update: Brett’s response is now up.

Interest in the history of International Theory has grown, but the academic study of its origins has received relatively little attention to date.  The reasons are multiple: the complexity of the subject, a powerful commonplace view that ‘disciplinary history’ equates scholasticism and navel-gazing, and, I would hasten to add, a collective unwillingness to deal with racism that often pops up in the writings of mythicized fathers of international theory.  John M. Hobson is not hindered by any of these obstacles.  What he does in The Eurocentric Conception of World Politics is tell a story that begins in 1760 and ends in 2010, assessing hundreds of international theorists past and present, from Adam Smith to Anne-Marie Slaughter. 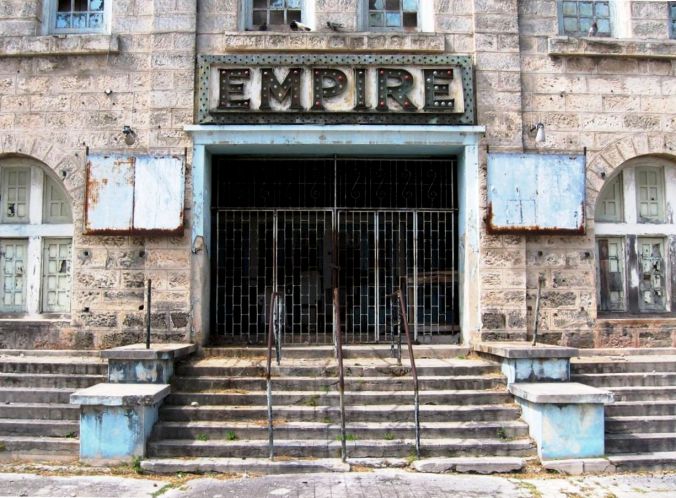 This wide-ranging, authoritative book is a continuation of the author’s previous achievement of note, The Eastern Origins of Western Civilisation. There, Hobson argued, echoing Edward Said, that nineteenth century European imperialism was symbiotic with Europe’s “racist identity.”  This symbiosis has had many implications, but none as big as this: “had racism not existed and had the West viewed the Eastern peoples as equal human beings, imperialism might never have occurred” (2004: 241).  This meta-point is now revisited in a major way:

international theory is to this book what Western literature is to Edward Said’s Orientalism….given Said’s claim that Eurocentrism has a clear link with international politics – in this case imperialism – then international theory should logically constitute the ultimate litmus test for revealing this discourse in Western academic thought (p.2; all subsequent in-text references are to this book, unless otherwise indicated). END_OF_DOCUMENT_TOKEN_TO_BE_REPLACED

This is the second post in a symposium on John M. Hobson’s new book, The Eurocentric Conception of World Politics. The series began with a post by the author summarising the argument of the book and laying out some provocations for sympathetic readers. In the next few weeks, we will have further posts from Srjdan and Brett Bowden, followed by a reply from John.

I was at an IR event last year where the speaker jovially declared that they just did not care about being, and being accused of being, Eurocentric. At the time, I found it both a little shocking and depressing that they could see fit to dispense with that fig leaf of serious acknowledgement that often accompanies discussions of Eurocentrism.  And indeed I thought, glumly, that it perhaps reflected many scholars’ underlying attitudes to the issue – a tokenistic practice of acknowledgement underpinning a wider apathy or disconnection. What only struck me later was also the possibility that the speaker also didn’t really understand the issue which was batted away so carelessly. Indeed, it is unclear that many ‘mainstream’ IR scholars truly understand the problem of Eurocentrism, given the mythologised twin deaths of colonialism and scientific racism in 1945 (or so).

So, Hobson is knocking at the door more loudly, with a bigger stick, and much more paperwork.  END_OF_DOCUMENT_TOKEN_TO_BE_REPLACED

The Disorder of Things is delighted to welcome a post from John M. Hobson, which kicks off a blog symposium on his new book The Eurocentric Conception of World Politics: Western International Theory, 1760-2010. Over the next few weeks there will be a series of replies from TDOT’s Meera and Srdjan, as well as special guest participant Brett Bowden, followed finally by a response from John himself. [Images by Meera]

As I explain in the introduction to The Eurocentric Conception of World Politics, my book produces a twin-revisionist narrative of Eurocentrism and international theory.[i] The first narrative sets out to rethink the concept of Eurocentrism – or what Edward Said famously called ‘Orientalism’ – not so much to critique this founding concept of postcolonial studies but rather to extend its reach into conceptual areas that it has hitherto failed to shed light upon.[ii] My central sympathetic-critique of Said’s conception is that it is reductive, failing to perceive the anti-imperialist face of Eurocentrism on the one hand while failing to differentiate Eurocentric institutionalism or cultural Eurocentrism from scientific racism on the other hand. As such, this narrative is one that is relevant to the many scholars who are located throughout the social sciences and who are interested in exploring the discursive terrain of ‘Eurocentrism’. These, then, would include those who are located in International Relations of course but also those in Politics/Political theory, Political Economy/IPE, political geography, sociology, literary studies, and last but not least, anthropology.

The second narrative rethinks international theory as it has developed across a range of disciplines. It stems back to the work of Adam Smith in the 1760s and then moves forwards down to 1945 through the liberals such as Kant, Cobden/Bright, Marx, Angell and J.A. Hobson, Zimmern, Murray and Wilson, onto the Marxists such as Marx and Engels, Lenin, Bukharin, and Luxemburg, and culminating with the realists who include Mahan and Mackinder, Giddings and Powers, Ratzel, Kjellén ,Spykman, von Bernhardi, von Treitschke and, not least, Hitler. After 1945 I include chapters on neo-Marxism (specifically neo-Gramscianism and world-systems theory), neo-liberalism (the English School and neoliberal institutionalism) and realism (classical-realism, hegemonic stability theory and Waltzian neorealism). This takes the story upto 1989. I then have two chapters on the post-Cold War era which examine what I call ‘Western-realism’ and ‘Western-liberalism’. The final chapter provides an overview of the changing discursive architecture of Eurocentrism and scientific racism, while also revealing how international theory has, in various ways, always conceived of the international system as hierarchic rather than anarchic. Although this is clearly a highly controversial and certainly counter-intuitive claim, it nonetheless in effect constitutes the litmus test for the main claim of the book: that international theory for the most part rests on various ‘Eurocentric/racist’ metanarratives. And ultimately my grand claim posits that international theory in the last quarter millennium has not so much explained international politics in an objective, positivist and universalist manner but has sought, rather, to parochially celebrate and defend or promote the West as the pro-active subject of, and as the highest or ideal normative referent in, world politics.