Economy of Force seeks to rekindle interest in one of the oldest but neglected languages and techniques of government administration – household governance – that it uses to write a new history and theory of counterinsurgency with broad implications for social, political, and international thought. The book is a study of oikonomia in the use of force, from oikos, ancient Greek for household. But it also makes a larger claim, that household governance underlies the relatively recent rise of distinctly social forms of government and thought more broadly. Since the late eighteenth-century, modern, capitalist state and imperial administrators have drawn on and innovated different forms of household governance, scaling up and transforming the units of rule in which populations are domesticated. To really understand the significance of households-as-government we need to dispense with the relatively recent and bourgeois notion of households as houses, homes, or family-as-kin. Instead, households are best understood through the nature of the hierarchical relations between people in a particular spatial arrangement. Households are the persistent but historically variable spaces in which the life processes of members – real, vulnerable bodies needing food, water, shelter – are administered and the household itself is maintained.

There is a very long tradition of thinking of households-as-government in the history of political and economic thought and in anthropology, archeology and comparative studies of different household forms. There is also excellent and wide-ranging scholarship in literary and gender studies on practices and ideologies of domesticity (from domus, Latin for house). In drawing on and extending these and other literatures, Economy of Force suggests that there is a far deeper significance of households and forms of domesticity than captured in International Relations debates about the so-called ‘domestic analogy’. Household administration is highly portable and plays a remarkably significant role in imperial and international relations. These are grounds to make a stronger claim than one based on mere analogy. I argue that there is a domestic homology connecting different households, despite their historical and geographical variability, based on the genealogy of household governance in the history of social and political thought, but also the human experience of basic life necessities and the stubborn but contingent attempts to domesticate people through the administration and control of life needs.

END_OF_DOCUMENT_TOKEN_TO_BE_REPLACED

You got a song you wanna sing for me?
Sing a song, singing man.
Sing another song, singing man.
Sing a song for me.
One for the pressing, two for the cross,
Three for the blessing, four for the loss.
Kid holdin’ a weapon, walk like a corpse
In the face of transgression, military issue Kalash
Nikova or machete or a pitchfork.
He killing ’cause he feel he got nothin’ to live for
In a war taking heads for men like Charles Taylor
And never seen the undisclosed foreign arms dealer.
Thirteen-year-old killer, he look thirty-five,
He changed his name to Little No-Man-Survive.
When he smoke that leaf shorty believe he can fly.
He loot and terrorize and shoot between the eyes.
Who to blame? Its a shame the youth was demonized.
Wishing he could rearrange the truth to see the lies
And he wouldn’t have to raise his barrel to target you,
His heart can’t get through the years of scar tissue.

60 million people and counting have now heard about Invisible Children’s “Kony 2012“. Criticism of the group has been substantial and judicious. The group has defended themselves. Humorous memes are proliferating. Over-exposure has already begun to create awareness fatigue. Yet there is a serious issue largely unaddressed: the most troubling elements of the “Kony 2012” phenomenon are not unique to Invisible Children, but reflect serious moral and political problems with the pursuit of international criminal justice, and in particular the mission and politics of the International Criminal Court and their controversial prosecutor, Luis Moreno-Ocampo.

To put it bluntly: while Jason Russell addresses his audience in the same way he addresses his five-year-old son Gavin, which is clearly inappropriate given the complexity of the issues he’s asking us to consider, Russell’s framing of the evil of Joseph Kony and “our” responsibility to stop him is importantly similar to the narrative of international criminal law, and Ocampo in particular. We should not be too quick to denounce the moral idiocy of Russell as a personal failing – his sentimental and messianic film represents a revealing apotheosis rather than a transgressive break from our sense of international justice. There are unpleasant resonances between Russell and Ocampo – the ICC prosecutor has already praised the group, saying,

“They’re giving a voice to people who before no-one knew about and no-one cared about and I salute them.”

But the commonalities run deeper than a strategic endorsement and should give us pause before we conclude that while Invisible Children may be unscrupulous and ill-informed, some form of outside intervention is needed to save the children of the Great Lakes region of Africa (to say  nothing of the adults being killed) – and yes, an arrest warrant and possible trial by the ICC is as much an intervention as a military invasion. Russell’s call to “stop Kony” is disturbing beyond his narcissism and the organisation’s inept policies and campaigns, his messianic moralising, in which he positions himself (and those like him who just need to be roused to action) as the hero for the powerless victim, is a single melody line in the score that guides the choir singing for international justice. His self-regarding indignation, and our discomfort, should inspire introspection into the desires that lead us to demand that Kony stand trial at the ICC or to insist that “we” must do something to stop the evil that besets that part of Africa.

END_OF_DOCUMENT_TOKEN_TO_BE_REPLACED

If there is something in these utterances more than youthful inexperience, more than a lack of factual knowledge, what is it? Quite simply it is the desire – one might indeed say the need – in Western psychology to set Africa up as a foil to Europe, a place of negations at once remote and vaguely familiar in comparison with which Europe’s own state of spiritual grace will be manifest.

Sometimes it seems that we’re merely Constructions made out of yarn, paper & wood with threads rising from our toes and fingertips. We pretend to talk and act as though we were alive but actually we don’t have any choice in the matter. Some secret power directs us. 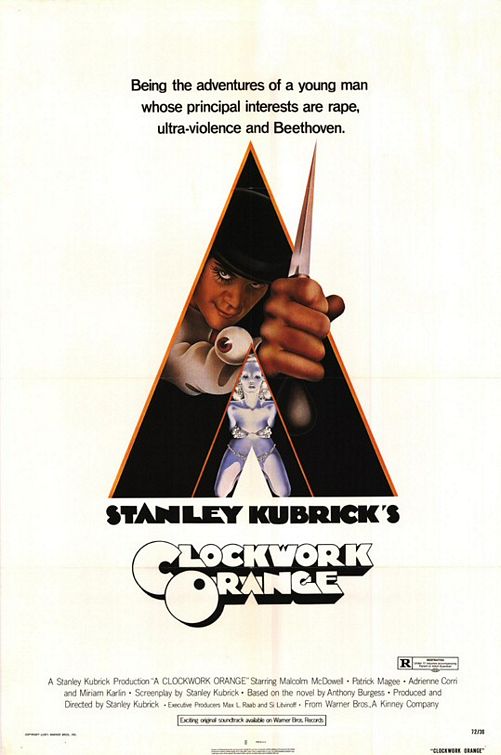 When we speak of men in feminism, we might speak generally or specifically, of properties of maleness and masculinity or of things done by particular men (and usually some combination of the two). What is at stake is the distinction between masculinity as a set of internal properties and as a set of relational, and hence contingent, ones. Although this can be taken as denying any substance at all to that category ‘man’, it is perhaps just as well to say that we all build our own subdivided orders of maleness – from men we know, knew, or think we are; from our salient models of true and false and ambiguous masculinity; from the postures and poses we take as appropriate towards them; and from the frames we adopt for dealing with variety, with all the space for the exemplar, the exception, the masquerade and the average that they bring.

The monstrous masculine is one such model, or rather a set of models united by family resemblance. An object of horror, the monstrous masculine is a repository for tropes that identify the hideous excesses and obscene pleasures of maleness. Channelling Barbara Creed (and some Sjoberg and Gentry), it is a set of tropes and themes in our imaginaries of social action, frequently evoking, among others, ideas of a limitless and aggressive sexuality, a cold and calculating self-regard and/or a submerged, if frequently actualised, hatred of women and Woman that borders on the instinctual. In accounts of wartime sexual violence, this figure of the rapacious warrior (usually African) comes to be represented in terms of the calculating soldier-strategist (who chooses rape as a hyper-efficient means to an accumulatory end); the angry soldier-rapist (expressing a deep desire and sexuality); or the habitual soldier-ritualist (enacting the memes and symbolic imperatives of a community, culture or even race).

Think of the figure of the unreason-laced psychopath rapist, whether in the version Joanna Bourke examines as the ‘rapacious degenerate’ or that which Susan Brownmiller addresses as the ‘police-blotter rapist’: “[t]he typical American perpetrator of forcible rape…little more than an aggressive, hostile youth who chooses to do violence to women”. Such protagonists are common in popular representations of rape. In A Clockwork Orange, Alex and his droogs prowl the streets and lanes of town and country, opportunistically submitting the unlucky to attacks driven by a relentless juvenile machismo. And in the scandalous Irréversible, rape is also the product of a subterranean drive. ‘Le Tenia’ does not even search his victim for money as an afterthought – his priorities are only to enact his spontaneous lust and be called ‘daddy’ as he does so.

The monstrous masculine unites conceptions and intimations of masculinity as pathology. This is the Real of a “terrifying dimension, as the primordial abyss which swallows everything, dissolving all identities”. Put otherwise, it embodies in its most psychoanalytic inflection the idea (following Nick Cave) that the desire to possess her is a wound.