The other posts for this forum are available here.

The basic insight that drives the argument presented in this book is that we need a new way of thinking about international politics which does not privilege European experiences and the idea of a sovereign state. This is required since we need to be able to talk about other parts of the world, about European history before the rise of the state, and about a future in which the state no longer will be with us. World history, simply put, is not about the state, and it really isn’t the case that der Gang Gottes in der Welt daß der Staat ist. And people who claim that this is the case — not only Hegel, but all philosophers of history from Adam Ferguson to Walt Whitman Rostow — are simply mistaken. Compare the recently fashionable idea of a “failed state.” To identify a state as having failed is to identify it as not living up to a European standard. It is like saying that a woman is a “failed man.”

Laust Schouenborg‘s suggestion is to dispense with state-talk in favor of a discussion of political functions. We should stop talking about what political entities are and focus instead on what they do. Perhaps we could think of this as a move from ontology to practice. We are in Durkheimian territory, in other words, or Talcott Parsonian. The state, says Schouenborg, can be disaggregated into four functions having to do with 1) legitimacy and membership; 2) conflict regulation; 3) trade, and 4) governance.

Since all polities of whichever kind they may be fulfill these basic functions, this, not the state, should be our focus. Instead of a state-centered vocabulary which only allows us to talk sensibly only about Europe, a function-centered vocabulary allows us to talk sensibly about all of world history and everyone everywhere.  This taxonomy provides a “basic grid,” says Schouenborg, which is neutral between historical and geographical contexts. “So, my general argument in this book is not only that four functional categories can be used to capture social institutions throughout history. I also argue that we should discard the main alternative conceptual framework in the form of the state and the attendant stage models.” END_OF_DOCUMENT_TOKEN_TO_BE_REPLACED 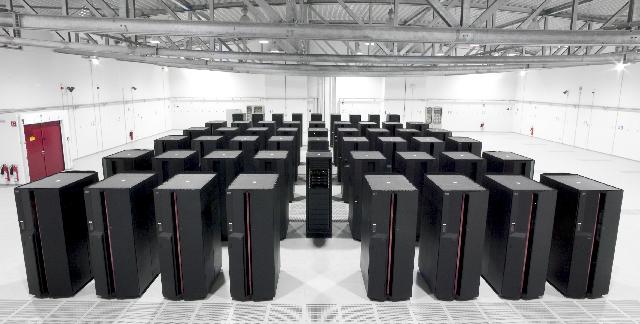 What follows is the text of my presentation for a roundtable discussion on the use of assemblage thinking for International Relations at ISA in early April.

In this short presentation I want to try and demonstrate some of the qualities assemblage thinking brings with it, and I’ll attempt to do so by showing how it can develop the notion of epistemic communities. First, and most importantly, what I will call ‘cognitive assemblages’ builds on epistemic communities by emphasising the material means to produce, record, and distribute knowledge. I’ll focus on this aspect and try to show what this means for understanding knowledge production in world politics. From there, since this is a roundtable, I’ll try and raise some open questions that I think assemblage thinking highlights about the nature of agency. Third and finally, I want to raise another open question about how to develop assemblage theory and ask whether it remains parasitic on other discourses.

Throughout this, I’ll follow recent work on the concept and take ‘epistemic communities’ to mean more than simply a group of scientists.[1] Instead the term invokes any group that seeks to construct and transmit knowledge, and to influence politics (though not necessarily policy) via their expertise in knowledge. The value of this move is that it recognises the necessity of constructing knowledge in all areas of international politics – this process of producing knowledge isn’t limited solely to highly technical areas, but is instead utterly ubiquitous.

Constructivism has, of course, emphasised this more general process as well, highlighting the ways in which identities, norms, interests, and knowledge are a matter of psychological ideas and social forces. In Emanuel Adler’s exemplary words, knowledge for IR “means not only information that people carry in their heads, but also, and primarily, the intersubjective background or context of expectations, dispositions, and language that gives meaning to material reality”.[2] Knowledge here is both mental, inside the head, and social, distributed via communication. The problem with this formulation of what knowledge is, is that decades of research in science and technology studies, and in cognitive science, have shown this to be an impartial view of the nature of knowledge. Instead, knowledge is comprised of a heterogeneous set of materials, only a small portion of which are in fact identifiably ‘social’ or ‘in our heads’. It’s precisely this heterogeneity – and more specifically, the materiality of knowledge – that assemblage thinking focuses our attention on.

Knowledge is inseparable from measuring instruments, from data collection tools, from computer models and physical models, from archives, from databases and from all the material means we use to communicate research findings. In a rather persuasive article, Bruno Latour argues that what separates pre-scientific minds from scientific minds isn’t anything to do with a change inside of our heads.[3] There was no sudden advance in brainpower that made 17th century humans more scientific than 15th century humans, and as philosophy of science has shown, there’s no clear scientific method that we simply started to follow. Instead, Latour argues the shift was in the production and circulation of various new technologies which enabled our rather limited cognitive abilities to become more regimented and to see at a glance a much wider array of facts and theories. The printing press is the most obvious example here, but also the production of rationalised geometrical perspectives and new means of circulating knowledge – all of this contributed to the processes of standardisation, comparison, and categorisation that are essential to the scientific project. Therefore, what changed between the pre-scientific to the scientific was the materiality of knowledge, not our minds. And it’s assemblage thinking which focuses our attention on this aspect, emphasising that any social formation is always a collection of material and immaterial elements.

In this sense, questions about the divide between the material and the ideational can be recognised as false problems. The ideational is always material, and the constructivist is also a materialist.