The Royal Society has just released a fascinating report entitled “Neuroscience, Conflict and Security” that examines the increasing role that neuroscientific research is playing in the military today (thanks to Nick for drawing my attention to it). Indeed, as was reported by Wired’s Danger Room a couple of years ago, the US Air Force has been soliciting  research proposals for “innovative science and technology projects to support advanced bioscience research” that include “bio-based methods and techniques to sustain and optimize airmen’s cognitive performance”, “identification of individuals who are resistant to the effects of various stressors and countermeasures on cognitive performance” and “methods to degrade enemy performance and artificially overwhelm enemy cognitive capabilities.” Likewise, DARPA (the Defense Advanced Research Projects Agency that gave us the Internet) has long shown significant interest in the potential military applications of neuroscience.

As the Royal Society report puts it, military neuroscience can be seen to have “two main goals: performance enhancement, i.e. improving the efficiency of one’s own forces, and performance degradation, i.e. diminishing the performance of one’s enemy” (p.1). It is with reference to these two goals that I will attempt in this post to make some sense of the wider context and implications of neuroscience’s entanglement with contemporary martial practices.

Neuroscience and the Martial Brain

The first of these objectives is essentially concerned with the imperatives that guide the constitution and operation of military force and the related procedures for the recruitment, training, and command of personnel suited to the various demands of twenty-first century warfare. It has been recognised for some time that the particular tempo, lethality, and and technological-intensiveness of contemporary battlespaces is making unprecedented demands on the combatants occupying them. So much so that DARPA would warn a decade ago that “the human is becoming the weakest link in defense systems” and that “sustaining and augmenting human performance will have significant impact on Defense missions and systems.” Of particular concern is the stress being placed on the timely and reliable execution of cognitive processes such as pattern-recognition or decision-making, at least insofar as the human cannot yet be taken ‘out of the loop.’

Thus the Royal Society report tells us that:

major areas of science and technology development, and associated military applications include neuropharmacology and drug delivery for approaches to sustaining and enhancing brain function and performance; functional neuroimaging as an enabling tool for applications such as enhancing cognition or memory and augmenting learning and training; and developing human-machine interfaces as a means to enhance cognitive or physical performance. (p.5)

In one sense, we can view these developments as the continuation of the “anatomo-politics of the human body”, the origin of which Foucault located in the seventeenth century and the modern disciplinary techniques of the military. If the microphysics of power instantiated through the martial drill of Frederick the Great’s soldiers had as their primary object the kinematics of the human body and sought to govern its posture, gait and articulations, technoscientific  developments now allow this power to penetrate and shape the brain’s electro-chemical structure and cognitive processes.

Attempts to alter and ‘enhance’ the state of mind of warriors are of course not in themselves new. Since the dawn of recorded history, the need to overcome the potentially paralyzing effects of fear and fatigue has led fighting men to absorb various disinhibiting mind-altering substances, from alcohol and opiates to coca leaves and amphetamines. Yet all of these past neurological hacks may come to be seen as incredibly crude and primitive in comparison to the possible military applications of contemporary neuroscience and the neuropharmacological arsenal it promises to unlock.  A whole galaxy of both naturally-occurring and synthetic agents is coming online with the tasks of supporting alertness, concentration, memory, and even in-group bonding and cooperation in the case of oxytoxin.

Yet perhaps the most potentially consequential developments will be found in the area of neural interfacing and its efforts to bring the human nervous system and computing machines under a single informational architecture. The report’s authors note here the benefits that accrue from this research to the disabled in terms of improvements to the range of physical and social interactions available to them through a variety of neurally controlled prosthetic extensions. While this is indeed the case, there is a particular irony to the fact that the war mutilated (which the Afghan and Iraq conflicts have produced in abundance – according to one estimate, over 180,000 US veterans from these conflicts are on disability benefits) have become one of the main testing grounds for technologies that may in the future do much more than restore lost capabilities. Among one of the most striking suggestions is that:

electrode arrays implanted in the nervous system could provide a connection between the nervous system of an able-bodied individual and a specific hardware or software system. Since the human brain can process images, such as targets, much faster than the subject is consciously aware, a neurally interfaced weapons systems could provide significant advantages over other system control methods in terms of speed and accuracy. (p.40)

In other words, human brains may be harnessed within fire control systems to perform cognitive tasks before these even become conscious to them. Aside from the huge ethical and legal issues that it would raise, one cannot but observe that under such a scheme the functional distinction between human operator and machine seems to collapse entirely with the evaporation of any pretense of individual volition.

There is also a more immediate sense in which neuroscience is being weaponised in that the knowledge it produces is being utilised to directly attack and degrade the adversary’s neural system. The most obvious manifestation of this is the deployment of neuropharmacological  agents to incapacitate targets by inducing “loss of consciousness, sedation, hallucination, incoherence, paralysis, disorientation or other such effects” (p.43). Once again, such experimentation with ‘non-lethal’ chemical agents already has previous history, including trials with LSD such as the one below (for less light-hearted accounts, see here and here).

One of the lessons of past experimentation is that ensuring non-lethality is a significant challenge as the doses required to cause incapacitation may not differ greatly in magnitude to life-threatening ones and there remains enduring difficulties in controlling the dispersion and rate of absorption of such agents (as the Russian FSB found out during the 2002 Moscow theatre hostage crisis). So-called non-lethal weapons therefore raise serious issues surrounding the blurring of policing and military operations and the particular status of incapacitating agents under the Chemical Weapons Convention that the report rightly points to.

But the agents considered here, from opioids and benzodiazepines to neuroleptic anaesthetics and bioregulators, may be still too blunt for the most ambitious of neuro-warriors. Indeed, would the most effective neurological weapon not be that which does not even make its target aware of its effects? A 2008 report commissioned by the US Defense Intelligence Agency thus asks:

Can cognitive states and intentions be controlled? Although conflict has many aspects, one that warfighters and policy makers often talk about is the motivation to fight, which undoubtedly has its origins in the brain and is reflected in peripheral neurophysiological processes. So, one question would be “How can we disrupt the enemy’s motivation to fight? Other questions raised by controlling the mind: How can we make people trust us more? What if we could help the brain to remove fear or pain? Is there a way to make the enemy obey our commands?” (pp.16-17)

Only last week, DARPA revealed a new $4 million research project called “Battlefield Illusion” that will investigate technologies that can “manage the adversary’s sensory perception” through an understanding of “how humans use their brains to process sensory inputs.” In 2004, Colonel Michael McKim  had already argued that the military should seek to “reframe the perception-space” since in the final instance “a bridge believed to be destroyed, or felt to be unable to hold the tanks, can be just as ‘gone from the war’ as a bridge destroyed by bombs.” The holy grail of military neuroscience is therefore nothing less than the ability to directly hack into and reprogram a target’s perceptions and beliefs, doing away even with the need for kinetic force. So that when neural warfare does truly arrive, we may not even know it. 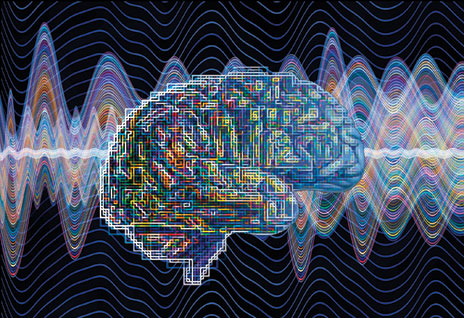 3 thoughts on “All Your Brain Are Belong To Us: Neuroscience Goes To War”