The below mirrors closely a review essay I recently completed for the Journal of Intervention and Statebuilding, which should appear at some point in the not-too-distant future. The books under discussion are Reimagining War in the 21st Century: From Clausewitz to Network-Centric Warfare by Manabrata Guha (London and New York: Routledge, 2011); The Scientific Way of Warfare: Order and Chaos on the Battlefields of Modernity by Antoine Bousquet (London: Hurst and Co., 2009); and Virtuous War: Mapping the Military-Industrial-Media-Entertainment Network (2nd Edition) by James Der Derian (London and New York: Routledge, 2009). Part two will follow shortly (lookie here).

I am the last in line that started with who?
With John von Neumann
If it’s the end of time so be it
But hey, it was Truman
Who set me free
I am half man
I’m almost like you
But you’ll be god-damned when I’m through
It’s a new day
So open the bay
And set this free 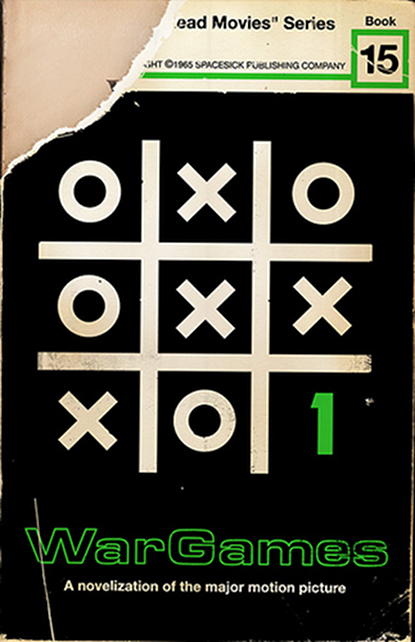 War is different now. On this Manabrata Guha, (our very own) Antoine Bousquet and James Der Derian agree. And their parallel accounts of the impact of technology on war – or more precisely, on the purportedly distinct Western way of war – share some other features. As is to be expected, each engages with traditions of thinking about violence and humanity’s remaking of the natural. Clausewitz looms over all three works, which could be said to share an investment in the tension derived from him between war as a kind of friction and war as a kind of instrument. All three also address a looser set of everyday ideas about (post)modern war, whether in the disconnection of bombers from their targets or the science fiction resonances found in near-instant communication, virtual reality targeting and cyborg warriors.

The question concerning technology – to put it in Martin Heidegger’s formulation, one which concerns all three authors to similar degrees – has gained considerable ground in International Relations and cognate disciplines over the last decades. In large part driven by Der Derian’s early work on post-structuralism and speed, theoretical inquiry into the nature and effects of technological progress has more recently been reinforced by considerable ‘real world’ relevance: in the explosion of social networking and its attendant ‘revolutions’, the increasing deployment of unmanned drones by the US military in Afghanistan and Pakistan and the general discourse of post-Cold War security threats from non-state actors in the form of cyber-attacks, miniaturised weapons systems or black market dirty bombs. As the impact of technology apparently spreads and metastasises, scholarly attention is turning to the sociological and ethical dimensions of digitised networks at war.

So what has the information bomb done to the modalities of collective violence?