The first in a forum on Joe’s recently released Reconstructing Human Rights: A Pragmatist and Pluralist Inquiry in Global Ethics (Oxford University Press, 2016). A number of commentaries will follow in the coming days. 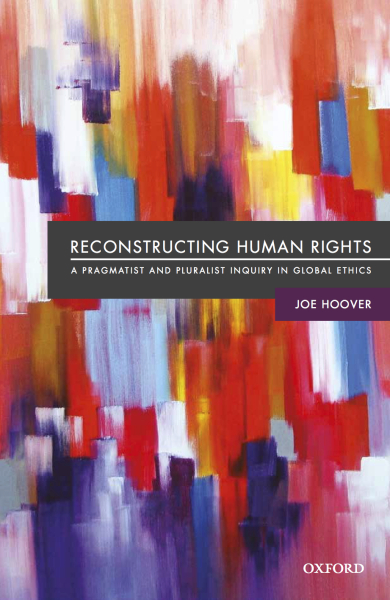 Earlier this year I visited Sylvia’s Corner, the home of the Focus E15 campaign, to give a talk about the human right to housing. As I shared my research, based on work I had done with housing campaigns in Chicago and Washington DC, I was struck by how this specific moment illustrated what I most hope Reconstructing Human Rights might accomplish—namely, helping to reconstruct human rights as a more democratic idea, and practice.

In London, Focus E15 has been fighting for the human rights of those struggling to secure a decent home for themselves and their families, often struggling against the very public agencies who should be assisting them. Their work not only draws on an ethical and political language of human rights, but it also remakes that language, renders it suitable to their needs and responsive to their experiences. I have witnessed this same process with other campaigns, such as the  Chicago Anti-Eviction Campaign, and with community organising groups like ONE DC in Washington DC. It was revealing to act, even briefly, as a conduit through which the experiences of these distant groups could be relayed. Human rights are constantly being remade, repurposed—reconstructed—to serve the ends of those suffering from injustice. It is this reality that motivates my book, which is at its core an attempt to understand how human rights can be both an instrument of the privileged and powerful, and also a weapon for the oppressed and disempowered. I wrote this book because I wanted to know, what should we make of human rights?

END_OF_DOCUMENT_TOKEN_TO_BE_REPLACED

But I see motivating students, passing on enthusiasm, as the first and most important task of a teacher. (Which isn’t to say that one has to blindly encourage everything a student says or writes; far from it.) That’s why I would say that one of the most despicable figures in the academic bestiary is the Troll-Master: the figure who feeds on the crushed enthusiasm of belittled students. The easiest way to win a cheap kind of respect is by adopting a nothing-can-impress-me hyper-critical stance, doused in cool weltweltschmerz, finding fault everywhere, handing out praise and encouragement only very rarely; it’s a transparent tactic, but one that works surprisingly well, and not only on jejune students, but also on very accomplished people, even those who have written a number of books. Often, the Troll-Master’s own intellectual project will be mediocre and/or suspended – it’s clear that all their libidinal energy is tied up in enslaving students into neurotic servitude. Troll-Masters can permanently insinuate themselves into students’ heads, but usually their power depends upon the hothouse claustrophobia of the university department – they are village despots, whose charismatic tyranny seldom works outside their own turf. If they have a long-term effect, it is only to produce more grey vampires.

K-Punk, ‘Break Through in Grey Lair’

One temptation is the patronizing attempt to over-identify with the imperative “not to learn” supposedly possessed by students. We could call this the “slacker” temptation – of course all students want to do is smoke dope and play Playstation! This model of teaching presupposes two intellectual classes: those who (contingently) want to learn (the lecturer him- or herself) and those who do not (most students, and by extension, most everybody). This approach is a kind of mastery, disavowed in this case and all the more pernicious for it – I know enough to tell you that you do not need to know. It is the supercilious attitude of the newspaper columnist who chucks in references to Marx, postmodernism, etc. before airily informing the less-informed reader that he or she doesn’t need to bother finding out anything about them for him- or herself. Equality of intelligence is here smothered by the laziness, not of the students, but of the teacher, who churns out information without really believing that the audience will be interested in receiving it. As Rancière puts it, “explication is the work of laziness”. The fear masked here, both by assuming student apathy and by preserving the knowledge you yourself possess, is the idea that actually there is nothing “special” about your capacity to learn…

…We must acknowledge a changed landscape: not exclusion, straightforwardly, but a peculiar form of staggered expansion. The supposedly elite institutions are still there at the top, the old-boys and girls networks still churning out elite fodder for the same kinds of jobs – politics, diplomacy, high-end culture industry work, etc. At the same time, the expansion of higher education and the re-branding of ex-Polytechnics as universities in the UK has created a situation in which no one need be excluded. It is no longer a question of keeping them out, but of ensuring they go where they are supposed to. A further change comes at the economic level. As noted, fees have created a kind of split-subject of the university: the “client” who pays for a service and yet is still a subject “supposed to be criticized” or even failed. Endless feedback forms, along the lines of customer satisfaction surveys, entail that students are supposed to know how well that which they don’t yet know is being conveyed.