Recent commentary on the Eurozone crisis has started to pick up the grammar of colonial rule. The centre for Research on Finance and Money at SOAS, for example, has published an influential report wherein northern Europe (Germany especially) is framed as the core and southern Europe (especially Greece) as the periphery. Meanwhile, Ulrich Beck, European cosmopolitan par excellence, wonders whether the European Union will become “a European Empire with a German stamp”. Beck notes that Merkel’s sense of power “conforms to the imperial difference between lender and borrower countries.” At stake, agree many prominent European intellectuals in the pages of The Guardian, Eurozine and Der Spiegel, is no less than the promise of freedom and democracy immanent to the European project itself. All variously agree that, against the imperial sclerosis spread by capitalist and bureaucratic functionaries at the highest levels of governance, what is needed is a rejuvenation of meaningful democracy at a grass-roots level.

Faced with a dismantling of democracy Jürgen Habermas mounts a plea to save the old “biotope of Europe”. The constitutive components of this threatened ecosystem are freedom and democratisation, and its genesis lies in the Second World War and the fight against fascism and “internal” barbarism. The president of the European Central Bank has himself proclaimed that Europe now faces its “most difficult situation since the Second World War”. Alternatively, for many social democratic and leftist commentators, the danger of the situation lies in the loss of the “internal” struggle of labour and capital that defined the Cold War landscape. In the new context of EU institutional “empire” and its neoliberal tentacles, the defeat of labour quickens the erosion of social democracy, thus deciding the fate of the European project.

Europe, then, is perceived to be “colonizing” itself and in the process destroying freedoms and democratic structures that had been hard fought for by the general populace against political oppression and economic exploitation. But this angst-ridden imaginary of European crisis has very little to say about the substantive historical and global dimensions of European colonialism. Does cosmopolitan and social democratic angst cover these legacies and contemporary effects? In fact, in most recent treatises on the crisis the struggle for decolonization is given no integral status, even though these particular struggles were inseparable to and spanned the formative time period of the European project – the Second World War (and the Cold War). Some do mention current issues of migration and xenophobia. Nevertheless the implication, in general, is that colonial legacies are derivative of, or additional to, the core struggle for democracy and freedom in Europe. Fascism, Cold War, class struggle: yes; colonization, imperialism, decolonization and liberation struggle: not really.

Not all intellectuals suffer from this colonial amnesia. A number of scholars including Robert Young, Pal Ahluwalia, Paige Arthur and Alina Sajed have argued that in some key strands of post-War French thought, the issue of colonialism and decolonization was integral to discussions of European re-democratization and humanist concerns. This engagement reached a peak in the Algerian war of independence in the late 50s before falling into abeyance. And this was precisely the same time, we should note, as the Treaty of Rome, which bound European countries together in a tighter economic union simultaneoulsy sought to re-bind (post-)colonial African polities, peoples and resources into this union.

More generally, there has accumulated a significant amount of scholarship that reveals the colonial influences that shaped and were woven into quintessentially “European” intellectual/political movements such as Enlightenment and modernity. END_OF_DOCUMENT_TOKEN_TO_BE_REPLACED

…(drumroll)… We are collectively joyous at being able to introduce a new contributor to The Disorder Of Things: Robbie Shilliam, currently at the Victoria University of Wellington and author of a slightly staggering array of critical texts (on the impact of German intellectuals on IR; the Black Atlantic in modernity; the Haitian Revolution; race and sovereignty; and the imperatives of decolonial thinking, among others). Cross-posted at Fanon/Deleuze. 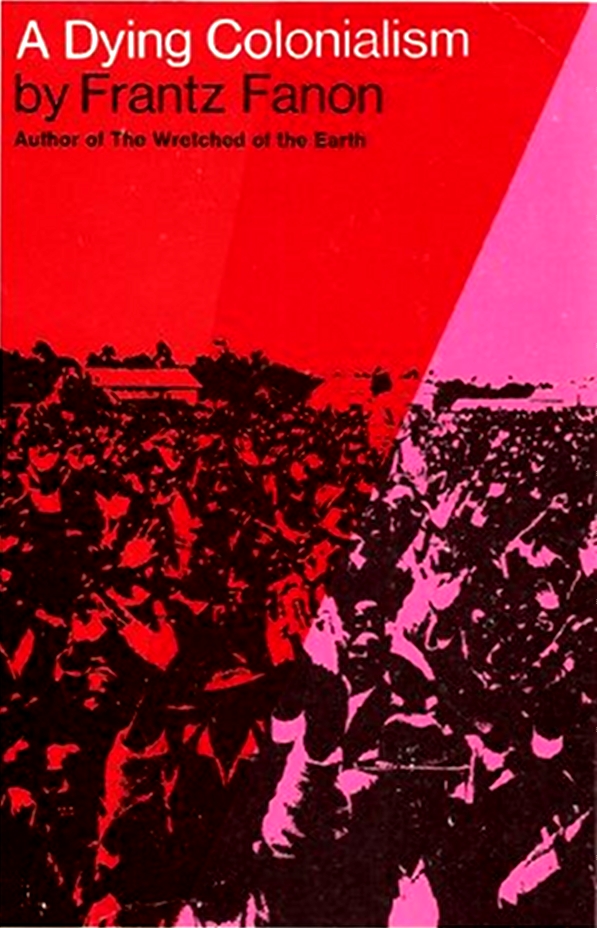 At the recent ISA conference in Montreal, I participated in a lively, weighty and difficult roundtable on postcolonial and poststructural approaches to International Relations. Alina Sajed had supplied the panellists with a provocation by way of refuting Dipesh Chakrabarty’s famous injunction that Europe was the inadequate and indispensible to frame the epistemological constellations of “modernity”. Sajed challenged the panellists to debate whether Europe was in fact dispensable as well as inadequate. There was certainly a spectrum of opinions given and positions taken on the function, possibility and desirability of the relationship between poststructural and postcolonial approaches. As a form of reflection I would like to lay out some thoughts by way of clarifying for myself what the stakes at play are in this discussion and where it might productively lead.

For myself I do not read the Europe that Chakrabarty considers in terms of the historical expansion and exercise of material colonial power. I read it in terms of a fantasy that captures the imagination. At stake is a conception of the whys, hows and shoulds of people suffering, surviving, accommodating, avoiding, resisting and diverting the colonial relation and its many neo- and post- articulations. In this particular respect, I take Frantz Fanon’s position and agree with Sajed: “Europe” must be dispensed with. In any case, as Ashis Nandy has shown, the monopolisation of the meaning of Europe by a fascistic figure (rational, male, hyper-patriarchal, white, civilized, propertied) has required the re-scripting of the pasts of peoples in Europe and a concomitant distillation of the traditions of European thought themselves so as to accord to this fantasy figure. Europe is a fantasy through and through, but one that damages different peoples with different intensities. And those who look in a mirror and experience no significant cognitive dissonance when they proclaim “European” can still count themselves, to different degrees, as being a thoughtful protagonist in a contested human drama. For others, there is only the promise of living this drama vicariously through the thought of others. That is why “Europe” is dispensable, even though for some peoples Europe has never been indispensible; regardless, it must be dispensed with.

Let me explain a little more what I mean by all of this. Europe is first and foremost a sense of being that constructs its empathy and outreach in terms of a self whereby all who cannot intuitively be considered of European heritage are categorized into two entities. First, they might be the “other” – foils to the understanding of the self. Their emptied presence is to be filled as the verso to the internal constitution of the European self. If they are lucky, they are given a kind of non-speaking part in the drama. In fact, they usually are lucky. Much critical European thought – and certainly almost all of canonized European thought – speaks volumes about the ”other” but only so as to fill in the European “self” with greater clarity.

Second, they might be the “abject” – the entity that is impossible for the self to bear a relationship to, although even this impossibility will be instructive to the inquiring European self. Abjects, under the European gaze, are reduced to a primal fear out of which an intensity of feeling is engendered that wills the drama of human (European) civilization. Defined in excess to the other/abject, the internal life of the European self can substitute itself for humanity at large in all times and spaces, and develop itself as a richly contradictory being that overflows its meaning and significance.

I do not know whether other colonialisms predating and contemporaneous to the European project matched this audacity. And in a significant sense, it really does not – and should not – matter. After all, the lure of making comparison is the precise methodology through which the European self overflows to define all others by a lack. I do though want to hazard a particular claim at this point, which might or might not bear up to scrutiny: the prime “others” of European colonialism were the indigenous peoples of the Americas. And while we owe much to Kristeva’s work on the term, the prime “abjects” of European colonialism were the enslaved Africans bought over to the Americas.