Last week, the first big public event discussing the Open Access policy announced in July was held at the Royal Statistical Society by the Academy of Social Sciences. If you are interested, many of the presentations from the event are already available online, with more write-ups to follow, as well as a promised YouTube video of the entire event. The programme promised and delivered a good range of speakers, and not least Dame Janet Finch herself.  I went along for the first day, thinking that this might be an open space to learn about the issues and have discussions about the policy, involving a wide range of affected parties. 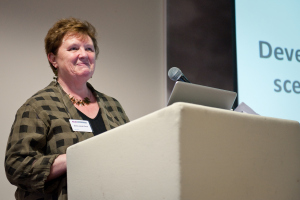 I did learn a lot, although what I mainly learned was that no one was really prepared to take any real responsibility for a policy to which a lot of eminent and well-informed people had very serious objections. Finch insisted that she had to stick to a brief which did not involve ‘destabilising’ the publishing system. No one was there to answer from either BIS or RCUK, who both adopted the policy immediately upon the publication of the report in July. HEFCE, who have not formally announced a position yet, however indicated at the conference that they are very likely to adopt the RCUK model for REF2020. END_OF_DOCUMENT_TOKEN_TO_BE_REPLACED