Over the coming week, The Disorder of Things will host a symposium on Antoine Bousquet’s new book The Eye of War: Military Perception from the Telescope to the Drone, published last year by University of Minnesota Press. Following today’s introductory post by the author will be contributions from Katharine Hall, Dan Öberg, Matthew Ford, and Jairus Grove before a final rejoinder from Antoine. See also The Eye of War‘s accompanying website for a visual synopsis of the book and special order discounts. 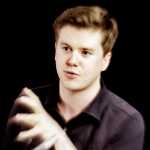 Antoine is a Reader in International Relations at Birkbeck, University of London and a long-standing contributor to The Disorder of Things. His first book was The Scientific Way of Warfare: Order and Chaos on the Battlefields of Modernity (Hurst Publishers & Columbia University Press, 2009). Antoine’s visual-heavy war-centric twitter feed can be found here.

All the entries in this series will be collated here. Previous symposia are also available.

This is the stark expression with which strategist Martin Libicki sums up our contemporary martial condition.[1] Indeed, we increasingly live in a world where anything that can be seen can be targeted with lethal force, whatever its position on the globe. The U.S. Air Force certainly has no hesitation in affirming that its “nuclear and conventional precision strike forces can credibly threaten and effectively conduct global strike by holding any target on the planet at risk and, if necessary, disabling or destroying it promptly.”[2]

How have we got to this extraordinary state of affairs? Which concatenation of knowledges, devices, and motives has realised this formidable alignment of perception and destruction? What becomes of war when it hinges on struggles over visibility across planetary battlespaces? Who is the agent of war when it is conducted through technologies that augment, envelop, and supplant human perception? These are the questions that The Eye of War asks and seeks to answer. 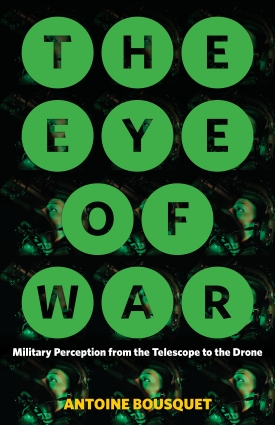 Beginning with the invention of linear perspective in the Italian Renaissance, the book endeavours to uncover the mechanisms and rationalities that have, over the course of the modern era, made perceptibility synonymous with a fatal vulnerability. Three constitutive functions of this “martial gaze” are accordingly outlined under the headings of sensing, imaging, and mapping. A further activity of hiding is also considered through all the counter-measures deployed by belligerents to escape the gaze while simultaneously spurring its further development.

In order to make sense of the sweeping empirical material relevant to its enquiry, the study proposes what might best be called a “machinic history.” Through a back-and-forth between the operative mechanisms of particular technical devices and their embedding within wider socio-technical settings, this method seeks to identify the internal coherences and external dependencies of successive military assemblages of perception. In this way, the analysis attempts to cut through the sterile opposition between the explanatory frameworks of technological determinism and social construction of technology in favour of identifying the specific operative principles binding society and technique into machinic ensembles.

Although it might at first sight seem remote from the present-day practices of global targeting, the book’s enquiry begins with the Italian Renaissance’s decisive invention of linear perspective. In devising a ground-breaking artistic technique for the production of visually realistic images, perspective articulated the fields of optical science, pictorial representation, and land surveying into a single geometrical method. Perspective thereby set in motion a correlated rationalisation of vision and mathematisation of space that is at the heart of the contemporary martial gaze. Perspective also has peculiar, paradoxical implications for the human subject. While on one hand it empowers the subject by tethering objective spatial reality to subjective vision and promising a new mastery over the world, on the other it simultaneously objectifies the very act of perception into a rational – and therefore automatable – procedure. Whether humans are the subject or object of the developments charted in The Eye of War is therefore one of the insistent and troubling questions raised by the study. 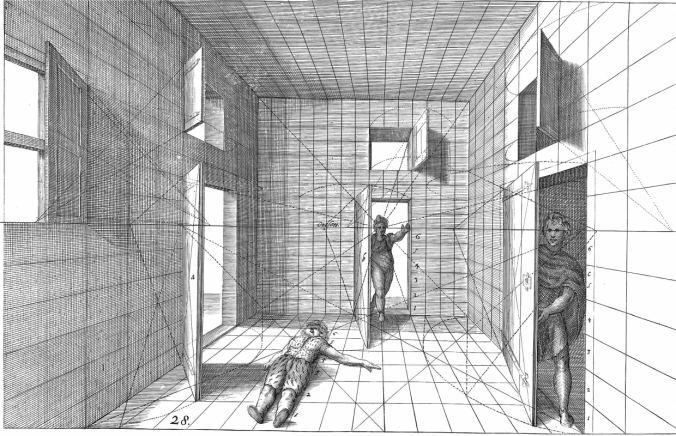 Under the heading of sensing, the book examines the dramatic extension of human perception realised by the various sensorial prostheses devised since the unveiling of the telescope in 1608. Alongside this widening of the sensorial field, I trace the tethering of the perceptual act to the process of targeting, following through the late Paul Virilio’s claim that “the function of the weapon is the function of eye.” Successive orders of targeting are outlined – aiming, ranging, tracking, guiding – each of which extends the range and precision with which lethal force can be projected. In the process, the human organism’s perceptual and sensory-motor capabilities are systematically mobilised and regimented to serve as constituents of increasingly sophisticated socio-technical assemblages of targeting. The advent of laser weaponry represents a logical culmination in the alignment of perception with destruction through a weaponisation of light itself whose first application, perhaps all too aptly, has been to blind the human eye.

With the notion of imaging, I endeavour to account for the manner in which sense perception is captured and represented within various media so as to enable its further interpretation, replication, and dissemination within the war machine. The invention of the photographic camera and its subsequent enthusiastic adoption by the military in conjunction with airborne platforms is of course paramount to this story. Two world wars and the subsequent satellite age of the Cold War establish the indispensable value of a verticalised gaze that submits the planet to a persistent surveillance from which territorial boundaries offer no immunity. The image also undergoes a fundamental transformation in its material ontology in the second half of the twentieth century as it is assimilated into the regime of digital computation. New vision machines appear, increasingly able to autonomously identify the content of images and act upon these discriminations. Simultaneously, human operatives find themselves immersed into ever more pervasive synthetic visual environments through which the battlespace is mediated. 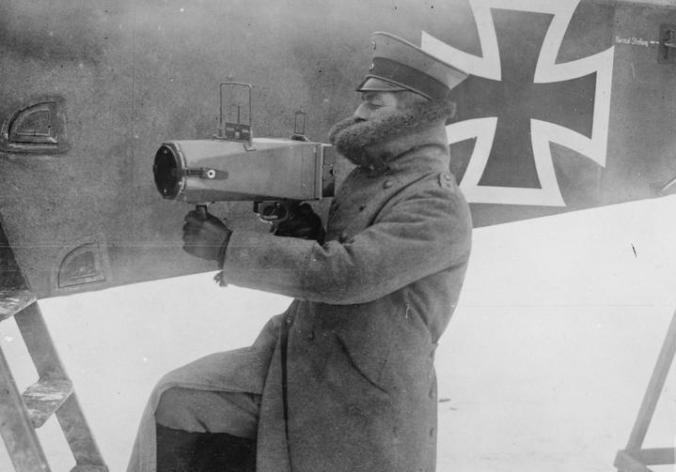 As for the activity of mapping, it encompasses the various ways in which sense perception and its representations are correlated to the geospatial terrains in which armed force is actually exercised. As is well known, the development of scientific mapping in the early modern era is closely tied to the age of colonial expansion, supporting oceanic navigation and the conquest and governance of new territories. It is however only in the twentieth century that cartographic representations become an essential component of military operations, diffusing down to the tactical level for the necessary coordination of fire and movement within expansive zones of operation. Intense topographical surveying and geodesic research lead to a gridding of the entire surface of the planet allowing for any position on the globe to be allocated a unique set of coordinates. Satellite geopositioning systems make use of these same coordinate systems today to orient troops in the field or direct guided munitions to precise spatial locations. In the closing decades of the last century, the traditional static map gives way to dynamic digital representations of geospatial data that enter into cognitive interactions with military operatives in their navigation of the physical and human terrains of war.

Yet as the martial gaze advances and imposes a new vulnerability on all that falls under its ambit, a sophisticated counter-conduct develops alongside it. New practices of hiding come to the fore, starting with the techniques of modern camouflage initiated in the First World War. Concealment and disguise become a priority for combatants through an anticipation of perception that seeks to systematically exploit the lacunae and blind spots of the human perceptual apparatus and its technical relays. If aerial photography exposes valuable installations and military units to targeting, then it becomes imperative to understand the specific characteristics of the optical lenses and film stock used so as to best fool its glassy eye. Successful counter-measures in turn stimulate the development of new military sensors in an escalating perceptual arms race. So when radar renders much of visual camouflage ineffective, a new raft of stealth techniques for obfuscation in the electromagnetic spectrum emerges in response. As for the ruse of decoying, it involves purposefully drawing attention to counterfeit targets by simulating their signature.

A more fundamental response to the martial gaze can be discerned, however. It forgoes a primarily technical response to pursue instead radical forms of concealment and dispersion. Shifting the terrain of conflict to the jungle, mountain, or city hampers the modern means of military perception while the tactic of swarming scatters combatants across the battlespace and coordinates their actions through telecommunication technologies. At its most radical, it tends towards what Reza Negarestani has called hypercamouflage, “a silent and fluid military infiltration” of civil society by antagonists who veil their intentions until the very moment of their assault upon it.[3] 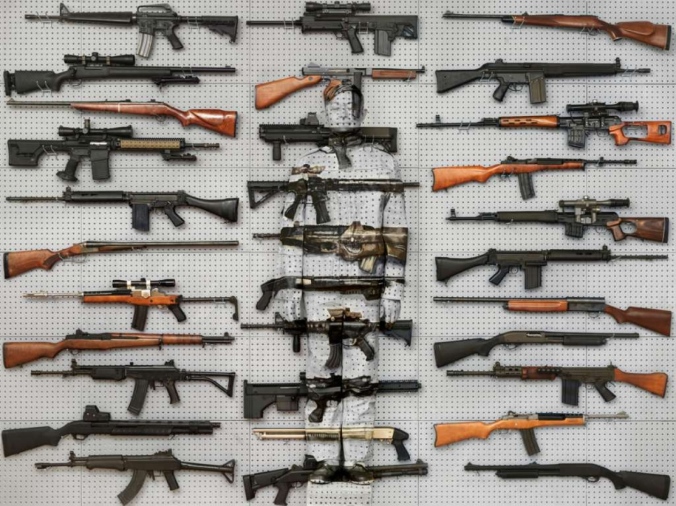 There is good reason to believe such practices are only going to become more generalised. Indeed, total dissimulation is a logical correlate to global targeting, with these twin practices dialectically driving each other on. One of the concerns raised by The Eye of War is that the martial gaze will ineluctably turn itself on domestic societies as adversaries burrow themselves ever deeper within them. Boundaries between discrete spatiotemporalities of war and peace or military and civilian spheres of society, however inconsistently upheld under the Westphalian order, threaten to definitively erode. A new martial condition characterised by fitful, unannounced eruptions of violence anywhere across the globe can already be discerned on the horizon. The disappearance of the battlefield and processes of ever-greater societal securitisation are, from this perspective, just two sides of the same coin.

A final issue raised by the book regards the status of human autonomy in war. The last few years have seen an animated debate surrounding the possible advent of lethal autonomous weapon systems (LAWS). Serious apprehensions have been expressed about not only their conformity with the laws of war but even their implications for the very future of the human species. While I am sympathetic to the efforts of campaigners who want to put in place regulations to restrict or prohibit the deployment of such systems, the research undertaken through The Eye of War suggests that they may well be misdiagnosing the nature of the problem. Conceptions of machine autonomy seem to be derived essentially from an understanding of the human subject’s putative autonomy or capacity for independent self-direction. Most of the suggested solutions to the challenge of LAWS accordingly turn around the necessity of maintaining “meaningful human control.” But what does control actually mean when human operatives are increasingly tightly integrated within socio-technical assemblages that shape and orient their perception and actions? How will one identify true sites of autonomy, human or otherwise, when the “I” of war has become wholly indeterminate?

7 thoughts on “The Eye of War: A Symposium”