As we approach Armistice Day, which comemmorates the end of World War One, the British media is awash with the usual froth about poppies: the badges sold by a veterans’ group, the Royal British Legion, to raise funds for veterans and their families. This year’s poppy-outrage story is that FIFA has banned British footballers from wearing poppy armbands at this weekend’s matches on the grounds that they are political symbols. The plucky English Football Association plans to defy the ban. FIFA is wrong to ban the armbands, but only because bans on freedom of expression should be opposed in whatever form. But they are, of course, entirely right that the poppy is a political symbol. 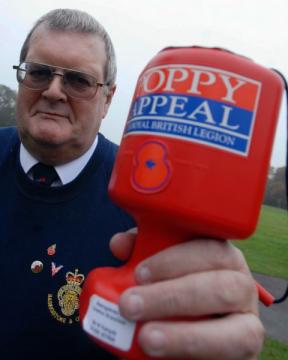 This is obvious when we consider the foam-mouthed reaction of the right-wing press and opportunistic politicians whenever anyone in public life declines to wear one. Does anyone honestly believe that footballers will be given a free, uncoerced choice as to whether to don a poppy armband? Just look at what happened to Sunderland and West Brom winger James McLean when he declined, citing the British army’s atrocities in Northern Ireland: booed by fans, vilified in the press, and subjected to death threats. The Football Association is not defying FIFA to give footballers a right to choose: everyone will be pressured into wearing them.

This illiberal compulsion – now so frenzied that it is increasingly dubbed ‘poppy fascism’ – reflects the fact that the poppy is inherently bound up in the politics of memory, an attempt to impose a particular meaning on the First World War and all conflicts since.

In the immediate aftermath of World War One, many British people had deeply negative memories of the conflict. The view that it had been a senseless war, initiated by foolish elites who led millions to their slaughter for no good reason, was widespread. The 1917 Russian revolution caused great ferment among British workers, while anti-colonial resistance against the British state was mounting in Ireland, Africa and elsewhere. Ordinary Britons memorialised the conflict with shrines to lost sons and husbands, many turning to spirit mediums for solace, while socialists and pacifists promoted the wearing of white poppies as a symbolic commitment never to repeat WWI. The peace movement rapidly gained ground, with 12 million Britons mobilising for a ‘peace ballot’ in 1935.

All this was a real threat to the British establishment, which relied on nationalism and militarism to secure the loyalty of the working classes and maintain Britain’s grip over an expanded empire. National and local officials, politicians and right-wing veterans therefore rushed to impose an official meaning on the war by erecting the memorials we see in every British town and village, establishing the Cenotaph and Remembrance Sunday and, of course, promoting the red poppy.

These symbols and rituals, and associated propaganda and educational campaigns, were intended to override these memorialisations from below and persuade the populace to see the war as a great, noble and necessary sacrifice in the name of freedom. Every British war since has been absorbed onto this narrative, whatever its true gory or ignoble nature, whether colonial wars replete with mass atrocities in Kenya or Malaya, the civil war in Ireland, or the disastrous wars in Afghanistan and Iraq.

As a result, when participating in officially-sanctioned remembrance rituals, it is not possible merely to mourn the dead or support those maimed in war; these rituals implicitly endorse the often-dubious purposes for which their ‘sacrifice’ was made.

Despite the relative success of official myth-making, it has always been contested by other memories and meanings. Most famously, perhaps, the 1980s television series Blackadder Goes Forth marked the re-emergence in popular culture of the alternative view of WWI as a mindless slaughter. Britain’s more recent, post-Cold War conflicts have also fuelled popular anti-war sentiment.

This is obviously threatening to a belligerent establishment because it makes it harder to mobilise people and resources for war. Indeed, ‘poppy fascism’ is arguably intensifying precisely because popular enthusiasm for invading and bombing other countries is dwindling, with substantial numbers of people declining to buy poppies. Militaristic patriotism is never simply spontaneous – it has to be produced and often coerced.

Indeed, the history of coercive patriotism is precisely why footballers in particular should not wear red poppies. Professional football was a major target for pro-war fanatics during WWI, because its predominantly working-class supporters declined to join their upper-class ‘betters’ in rushing to join the army. The establishment condemned working-class ‘Spectatoritis’ and bullied clubs into forming battalions.

This failed to drum enough men into uniform so, in 1915, the government banned professional football entirely for the war’s duration. The following year, conscription was introduced, compelling ordinary men to fight. Those who resisted – conscientious objectors – were initially tortured and killed, and later imprisoned in inhumane circumstances, or forced to support the war effort in non-combatant roles.

WWI was not a war for freedom. It was a bloody power struggle between rival empires, and also a war waged by ruling elites against their own populations. Footballers could strike a real blow for freedom this weekend – by rejecting the compulsion to wear poppies.

11 thoughts on “Of Course Poppies are Political”