This is the fourth in a series of posts on Lee Jones’ Societies Under Siege: Exploring How International Economic Sanctions (Do Not) Work. We are delighted to welcome Dr Katie Attwell, she is the Capstone Co-ordinator at Sir Walter Murdoch School of Public Policy and International Affairs, Murdoch University. Her book, Jewish-Israeli National Identity and Dissidence: The Contradictions of Zionism and Resistance, considers the contradictions faced by left-wing Israeli Jews trying to connect with their Palestinian Other. Ethnicity, nationalism and identity politics remain her fundamental academic interest, but she now focuses on health policy, pursuing research into how to engage with vaccine-hesitant parents. Lee’s original post can be found here. With responses from Dr Elin Hellquist here, and Dr Clara Portela here.

I became familiar with the project that would become Societies Under Siege in 2013. A mutual friend shared a conference paper by Lee Jones, reflecting on the Boycott, Divestment and Sanctions (BDS) campaign called for by Palestinian nationalist activists, and eagerly adopted by their international counterparts. I was one such international enthusiast, in addition to being a political scientist researching how progressive Israeli Jews were attempting to reform their society from the inside. My work took a different approach to Lee’s, looking at how discourses of identity, nationalism and ethnicity constrain notions of what is morally and politically possible. I never saw much crossover between our approaches, though some of my subjects were BDS advocates. I suppose my work could contribute to an understanding of the kind of impact that sanctions might have (or not) on a fraction of the target society.

I was far more captivated by what Lee’s early conference paper meant for activism. Outside of academia, I wanted to talk about Palestine with anyone who’d listen, and I had been inspired to join a tiny collective of mostly radical leftists in my home city of Perth, Western Australia. Working within this collective, I believed that the first step to changing minds was education and awareness, and soon BDS became the catchphrase by which we’d do this. Or so we thought. 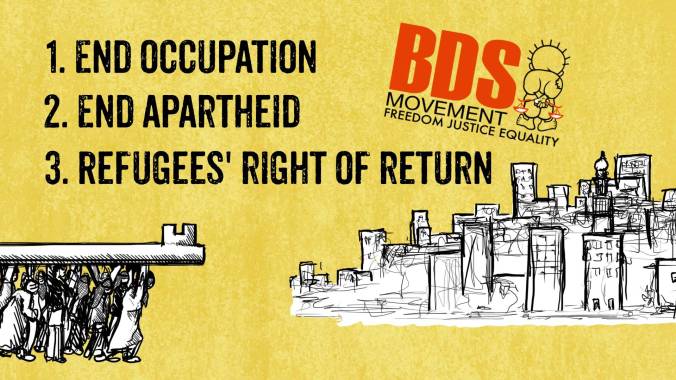 By the time I read Lee’s paper – soon to be a chapter in Sanctioning Apartheid: Comparing the South African and Palestinian BDS Campaigns, edited by David Feldman and out next year with Palgrave Macmillan – I had dropped out of activism for Palestine somewhat, primarily due to life (a young family and a PhD) getting in the way. But the fire still burned within. I read Lee’s contribution with eagerness and interest. It elicited in me the same sentiments that followed my consumption of Societies Under Siege: enlightenment and admiration, combined with frustration. Thanks to this work, I understand the world in ways that I did not before – which has to turn on any academic who genuinely enjoys engaging with inquiry, wherever it may lead. However, thanks to that new understanding, I also understand – to quote another colleague’s rather jaded perspective on Social Conflict Analysis – that everything is f$*#ed. This is somewhat less a cause for celebration.

As an activist for Palestine and a once committed believer that we, out there in the world, could bring about change, this work disabused me of such notions, or at least of the idea that we were following an assured trajectory. It made me ask what we were doing instead, and Lee offered a disturbing answer. Not only were we (falsely) assuming that a moral likeness was a political likeness (both South African and Israeli apartheid were bad, therefore would be destroyed), we were constructing circular affirmations of our interventions. We were celebrating people coming around to the idea of BDS as though BDS were actually working. We were calling for sanctions – posturing as ‘senders,’ – and celebrating victories that didn’t scratch the façade of the Israeli regime. We were so busy with hearts-and-minds that we weren’t doing analysis of the economic, social and political conditions in which we were seeking to intervene. We weren’t even doing analysis of ourselves or our project.

I wrote to Lee and asked what we should do. He thought awareness-raising should still play a key role, but he wasn’t sure of future implications either. I offered to introduce Lee to some fellow West Australian BDS activists to present his research on a forthcoming trip. Maybe we would generate some ideas together.

It was an eye-opening experience. The small group of activists who met Lee had all read his paper, but where I saw truth-telling, others saw doom-saying. Lee’s analysis was a blow to our morale, to be sure, and as a tiny collective in a city at the arse-end of the world, we didn’t have much of that to lose. But immediately I wanted to know what lessons it held for our praxis. It had to hold some. We could self-correct; we could learn.

Lee suggested particular industries that we might be able to explore in terms of capacity for economic impact. I saw pie charts and tables and sums and figures. This wasn’t slogan stuff. It was dry; dry like all the important things are, so that we snooze and leave them to the experts. I didn’t want to leave them to the experts. Nor did I want to be an expert myself (I hate a pie chart as much the next bozo). Who were the experts anyway? Another activist group, this time made up of disaffected Israelis, was sharing economic information and analysis under the banner of ‘Who Profits?’ from Israel’s occupation of Palestine. Their answers were about all we could ascertain as expertise, and nobody seemed interested in taking it up. Really? That was it? Suddenly it all felt hard and frustrating and disappointing. What were we doing? 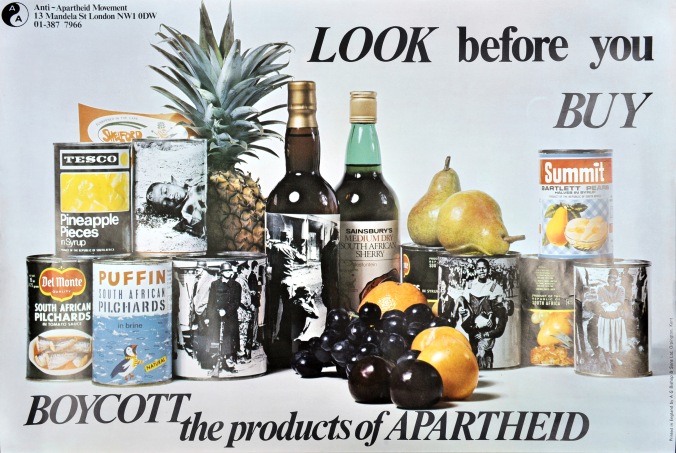 Lee’s analysis of the Israeli case foreshadowed his recommendations to policy-makers in the conclusion of Societies Under Siege. In retrospect, I now see that it is probably beyond activists to do this kind of research, even activists who are economically literate and put considerable time into it. It strikes me that such research would need to be full-time, high-level and rigorous. It would require methodical work practices. You’d probably want a whole team of people on it, rather than one or two enthusiasts fitting it around full-time jobs and lives. Not to mention how such work could thrive in the long-winded consensual decision-making environment of the activist left. Would people even be up for the application of it?

At the moment I realised this, the activist in me was finally superseded by the academic, because I saw that rigorous analysis – the kind in this book – could offer something that all the righteous outrage in the world could not. It could offer guidance on what was worth doing, not morally, but in terms of capacity to bring about change. Maybe that isn’t a good thing. Or maybe it’s a good thing that most activists aren’t academics, and my compatriots wrote Lee off as a doomsayer, because someone has to do the hearts-and-minds work, even if it’s futile.

Or maybe some academic activists out there will be inspired by Lee’s work and do that groundwork on how sanctions might work. Maybe some wonderful academic activists will do exactly what Societies Under Siege argues, and lay out for the movement where it needs to go, and how it might get there. In doing so, they’ll also have to mobilise despite ever tighter funding and constraints on academic time, to do work so politically dangerous it could cost them tenure. You go, guys and gals. Take on that challenge for the rest of us sinners.

Of course, BDS as hearts-and-minds work might not be futile, anyway. Societies Under Siege gives us scope to think about why we might call for particular policies, and how those calls (and policies) might have less to do with generating political transformations in target societies, and more to do with us and our politics at home. If BDS campaigners – aspiring sanctions senders – use these calls to build a movement and generate interest and passion, then that might not be such a bad thing. Arguably, however, if this strategy is going to lead to naught, then there might be other equally useful strategies for educating and building a movement. But a movement to do what? All public opinion work seems to lead towards the international community ultimately intervening somehow to bring about change. If we can’t feasibly do this, then we have some very serious questions to ask ourselves. The answers may be depressing.

In Societies Under Siege, of course, the idea that senders would ‘do’ sanctions for other – such as internal political – reasons is held up as reprehensible, by no less a standard than Kant’s decree that we should only ever treat other people as ends, not means. But that is at the level of actually ‘sending’ sanctions. Is it equally problematic to call and argue for sanctions as part of building a movement? I would argue not. Talking about sanctions doesn’t hurt anybody. That, as Lee astutely diagnoses in the case of BDS, is part of the problem.

These days, I don’t do research on Israel / Palestine anymore. I’ve said goodbye to my left-Zionists and my far-left anti-Zionists, and their attempts to transform or overthrow their society. I follow pro-Palestinian activism only via my Facebook feed. I still care, but apparently not enough. These days I do something entirely different – I research why parents don’t vaccinate their children, and what can be done about it. Strangely enough, Lee’s book speaks to that too.

A cartoon from a December 1894 anti-vaccination publication.

In Australia, the Federal Government has recently adopted a policy of financial penalties for non-vaxers. Yes, they are using sanctions, except they are targeting individuals instead of states. Interestingly, much of the policy debate in Australia has centred on whether and how the sanctions will work, what unintended consequences might follow, the unequal targeting of those with different levels of financial reliance upon the state, what kind of normative message the sanctions send and the cathartic role they might play for potential senders. Lee’s book has structured these debates for me, and helped me to reflect upon my own role in in calling for sanctions as a normative tool. (Does this mean that Kant is coming for me?)

It has also helped me to develop a research agenda, in terms of asking what Social Conflict Analysis’s counterpart would be at the level of individualised impacts and decision-making. It’s made me consider the kinds of questions I would ask if I wanted to know whether this policy has ‘worked’, and how. The book has also reminded me – as though I needed reminding – how non-rational most government policies are. And how little we are aware of that, or call it out – how rarely we are presented with viable alternatives or strategies for better policy-making. It’s like the pie charts again. We snooze, and wake up to call for sanctions, or something equally life-affirming, then snooze again.

So there you go. From pro-Palestinian activism to the politics of vaccine refusal, this book has something for everyone. Or at least, something for me. Look out for the forthcoming BDS chapter in Sanctioning Apartheid, too. Let Lee Jones shatter your illusions one perfectly crafted sentence at a time. You’ll be sorry afterwards. But you won’t be.

3 thoughts on “Between Truth-Telling and Doom-Saying: Sanctions and Activism”