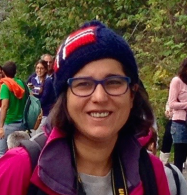 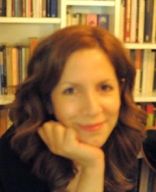 A reply to Federica’s recent post on the asylum crisis by Zeynep Gülşah Çapan from Bilkent University and Ayşe Zarakol at the University of Cambridge. Gulsah is a Post-Doctoral researcher at Bilkent University. Her research focuses on Eurocentrism in international relations theory and postcolonial and decolonial thought. Ayşe is a Lecturer in International Relations at the University of Cambridge. Her research focuses on social hierarchies in world politics. Her first book After Defeat: How the East Learned to Live with the West explored the responses of defeated non-Western powers to stigmatisation.

The increasing attention to the European refugee crisis in Western media has also galvanized the IR academic community into thinking about possible ways to address the issue. There have been blog posts and Twitter discussions (On Doing ‘Something’ as Academics; Want to Help the Refugees? Teach Migration as part of IR; How to Speak Out As An Academic Community? Help Needed!) about possible actions, especially with respect to the EISA conference that will be held in Sicily in two weeks. On September 11th, EISA section chairs received an email urging them 1) to sign and circulate an open letter to EU policy makers penned in the name of “the academic community”, 2) to bring up the issue in EISA panels and 3) to wear black ribbons/armbands as a sign of mourning and protest.

We applaud the motivations that led to this effort and agree that EU countries could be doing much more to help refugees. We also concur that European scholars could do much more to raise awareness about the complicity of their own governments in various global political crises. Nevertheless, for the reasons detailed below, we have some reservations about both the desire to frame this effort as an EISA effort involving section chairs and the claim to speak in the name of the entire “academic community”. In the blog post Ivory Towers and Sleeping Beauties that discusses these efforts the author urges the “academic community” to do two things; to check their privilege and make themselves feel uncomfortable. These are suggestions that we completely agree with and this post is an effort to continue the dialogue on how we might think of issues in the international system in a way that checks our privileges and makes us feel uncomfortable.

To begin with, the refugee crisis is not new and it is not primarily a European problem that can be solved by some small gesture from the EU. Most refugees from the Syrian War, for instance, are hosted in non-European countries. According to Amnesty International, more than 95% of the refugees (4 million) are in five countries: Turkey (1.9 million), Lebanon (1.2 million), Jordan (650000), Egypt (249,463), Iraq (132,375). Another region hosting huge numbers of refugees is East Africa – based on UNHCR’s latest numbers, Chad hosts about 450000 refugees, Ethiopia hosts 650000 and Kenya has 550000. In fact, almost every world region except Europe is hosting hundreds of thousands to millions of refugees and has been doing so for far longer than Western newspapers have been covering “the refugee crisis”. By most estimates, there are sixty million refugees in the world at the moment.

We understand why European colleagues may want to pressure their own governments to change policy and we wholeheartedly support their individual and/or collective efforts to do so. But to organise a professional effort only now (and without providing any of the larger context) in the name of the entire “academic community”  may actually reinforce the Western public misperception that this is a recent or a uniquely European problem or that European countries that have agreed to take comparatively small numbers of refugees are doing something unusually selfless. Of course European countries that accept refugees should be commended (especially in comparison to other European countries that refuse to do so) but many refugee hosting countries around the world have neither the luxury of choice nor the resources to cope as well. Many such countries face very severe other political, economic and social problems in addition to the refugee crisis. To erase the burdens (as well as the many failings) of non-EU refugee hosting countries from the narrative “the academic community” chooses to emphasise about this issue once again robs non-Western communities of their agency.

We would also urge our European colleagues to consider that some scholars who attend EISA do in fact come from non-EU countries hosting high numbers of refugees. Many non-European scholars also have to routinely subject themselves to various indignities in European consulates and border-crossings (not to mention additional visa expenses) just to acquire the right of coming to a conference like EISA. Of course, the ability to attain a visa is a privilege itself that most refugees do not have, but we mention this nevertheless as a caution about making assumptions about attendee profiles. There may also be scholars at EISA who themselves come from conflict zones.

The above points should be read as an invitation to the reflexivity that European academia claims to be seeking. The theme of the EISA conference is violence. The conference will host numerous panels on conflict situations ranging from Yemen to Rojova to Myanmar to Pakistan to Ukraine to Mali to yet others. Why has the European refugee crisis become the issue around which “the academic community” could come together and demonstrate its activism? This is related to what becomes an “issue” worth discussing and who is deemed worthy to be “saved”. The conflicts that occupy spaces at different panels of the conference are taken as “objects of study” in far away lands to be discussed and written about, whereas the European refugee crisis is not taken as another object of study but rather as an issue that needs immediate engagement and action by “the academic community”. This division occurs because of the ways in which world events are being filtered through the European gaze. Engagement in political struggles and activism are important and should become even more integral parts of academia. Yet engagement in political struggles and invitation to “the academic community” at large to join in them should be cognizant of the obvious question: why this struggle and not the others? The answers to these questions will hopefully open up space that breaks through the European gaze rather than perpetuate it.

Postscript: For ways of helping refugees, please consider donating to an aid agency, especially local organisations on major routes and/or host countries who work on daily implementation with little publicity. ReliefWeb keeps a list that can be filtered by country, region and organization type:  http://reliefweb.int/organizations UNHCR’s website also has some information about its local NGO partners: http://www.unhcr.org/pages/49c3646c2f6.html. The following articles also outline and discuss different ways to help refugees; How To Do Your Part to Help Refugees and The Status of Syrian Nationals Residing in Turkey.