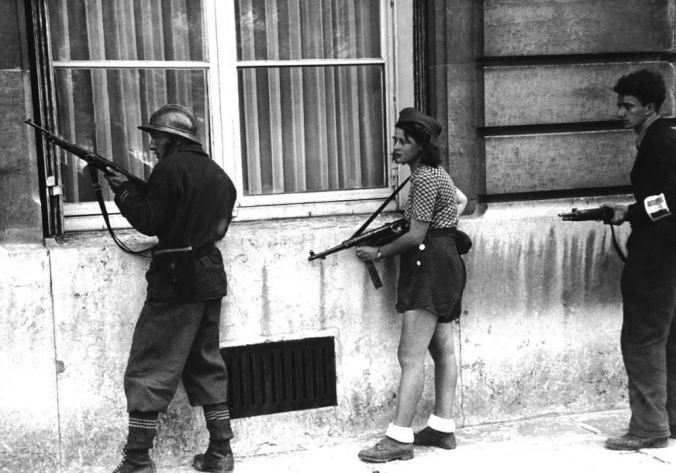 For two inter-linked, consecutive workshops under the theme of Subjects and Practices of Resistance to be held 9-11 September 2013 at University of Sussex.

The first workshop (9-10 Sept) is on Discipline(s), Dissent and Dispossession and the second on Counter-Conduct in Global Politics (10-11 Sept).  The workshop convenors encourage attendance at both workshops.  However, paper proposals should specify the intended workshop and which days participants would be able to attend.

Contemporary struggles against dispossession – from the 2011 Occupy movement to ongoing land rights conflicts in the Ecuadorian rainforest – not only remind us of existing forces of domination and exploitation, but also challenge the ready-made concepts and frameworks through which such struggles are often interpreted.   Building on a previous project – “Disciplining Dissent”* – this workshop aims to open up discussion on the intersections between the politics of resistance and the politics of knowledge. How might we conceptualise dissent or resistance in ways that are sensitive to the social and epistemic relations within which anti-systemic struggles are embedded? How might we frame the complementarity and tensions between political dissent and intellectual critique? How might available concepts and frameworks occlude the complex interplay between resistance and repression, discipline and dissent, obscuring what is at stake politically in existing practices of struggle?

Questions that might be addressed include (but are not limited to): how is dissent rendered intelligible in ways that serve to contain, nullify or depoliticize struggles; the politics of knowledge in political dissent; the place of normative political critique in the absence of universal categories or emancipatory blueprints; the ways in which dissenting communities are building their own theories of dissent or are theorising out of their own dissenting practices; the forms of subjectivisation incited, subverted or arrested through practices of dissent and/or their relation to the types of dissenting subjects assumed by intellectuals and experts; the ways in which academic disciplines interpret, appropriate and discipline both dissent and critique; the nature and purpose of academic critique at a moment of austerity and economic “crisis”.

It is hoped that the workshop will serve as a basis for a journal special issue, as well as for further collobarations around these themes.

Abstracts of approx. 300 words should be sent to L.Coleman@sussex.ac.uk and cait@sussex.ac.uk by 31 May 2013 (please indicate whether or not you plan to attend both workshops).

*published as Lara Montesinos Coleman and Karen Tucker (eds.), Situating Global Resistance: Between Discipline and Dissent (Abingdon: Routledge, 2012) and as a special issue of Globalizations 8:3 (2011).

Resistance, and its study, is on the rise. Protesting, agitating, dissenting, and occupying inter alia have received increased attention and theorisation in the past tumultuous decade since 11 September 2001. However, such academic and public attention has tended to focus on the visible and politically discernible practices of dissent against sovereignty, economic exploitation, dispossession and other forms of oppression. Little systematic attention has been paid to potentially less visible practices of resistance or those who do not participate in an expressly political register but that attempt to resist ‘power that conducts’ (Foucault 2007). To this end, the Counter-Conduct in Global Politics workshop has four main, interconnected, aims. First, to theoretically develop, refine and critically interrogate the concept and theorisation of ‘counter-conduct(s)’, a term that, until recently, has received scant attention within the social sciences. We encourage the further critique, development and modification of Foucault’s initial attempts to understand subjects’ ‘possible inventions’ as counter-conduct (1982, 2007). Second, to provide a space in which empirical, multi-disciplinary investigations of counter-conduct in a variety of thematic areas and spaces of global politics can be presented. Third, to facilitate reflection on the variable and contingent forms of counter-conduct, examining its close relationship with conducting power and revealing the processes of invigilation of resistance and adjustment of conducting strategies. Finally, to reflect on the methodological implications and issues, which affect the study of the variegated practices of counter-conduct.

We welcome contributions that consider these themes not only from a Foucaultian perspective but also that bring diverse theoretical perspectives  — and views from a variety of academic disciplines, including politics, international relations, international political economy, sociology, political theory and philosophy, geography and anthropology – to bear on the study of counter-conduct.

Format: consisting of longer paper presentations, followed by substantial constructive feedback from discussants and audience, the format of the Counter-Conduct in Global Politics workshop aims to facilitate intensive and extensive engagement among participants with a view to producing article length contributions to a significantly placed journal special issue. Given the lack of systematic focus on practices and subjects of counter-conduct, it is hoped that such a special issue will engender further debate and consideration of the study of counter-conduct in global politics and potentially act as a reference for postgraduate and doctoral research as well. Abstracts of approx. 300 words should be sent to L.Odysseos@sussex.ac.uk and cait@sussex.ac.uk by 31 May 2013 (please indicate whether or not you plan to attend both workshops).

Carl Death, University of Manchester (as of August 2013)

2 thoughts on “Call for Papers: Subjects and Practices of Resistance”