…(fireworks)… Please welcome, in our now well-established way, another new contributor to The Disorder Of Things. Srdjan Vucetic is currently Assistant Professor at the Graduate School of Public and International Affairs at the University of Ottawa. He is most recently the author of The Anglosphere: A Genealogy of a Racialized Identity in International Relations (on which he may blog soon), as well as of a number of articles on the ‘special relationship’, ‘Anglo’ coalitions of the willing and genealogy as a research tool in IR. Images by Pablo. 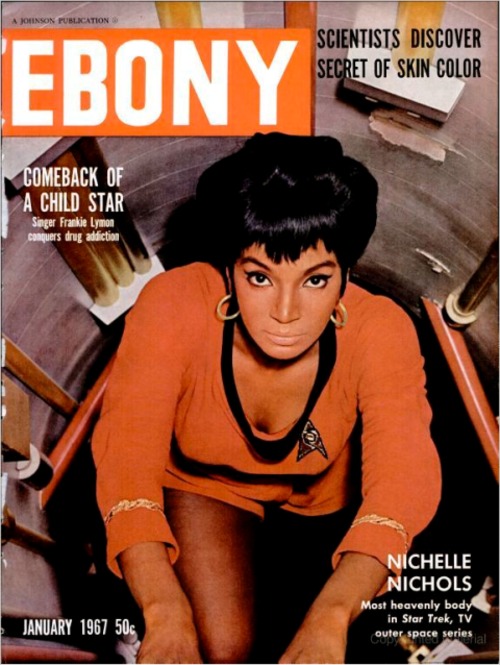 W.E.B. Du Bois’ lucid remark, published in The Atlantic in 1901 (and elsewhere), continues to unify and motivate thinking on race and racism in International Relations. ‘Colouring Lessons: Race, Colour, Nation and Colony in Contemporary IR Theory’, an upcoming BISA-ISA conference panel featuring Meera, Omar, Pablo, Robbie, and myself, will consider how the “problem of the color line” might lead us to think differently about the structure and processes of world politics today. There are many good questions to cover; so many, in fact, that we best start our discussions early. Here’s one: when will racism end?

Let us begin by locating the question in the wonderful world of popular online betting. Thanks to the internet it is now possible to make and take wagers on almost anything, including on the future of phenomena such as racism. Recorded in May 2003 by a certain Bill Moore under the title ‘Bet 115’, one such wager can be found on the Long Bets website (Long Bets is run by a California-based non-profit foundation specializing in public education, including “enjoyably competitive predictions, of interest to society, with philanthropic money at stake”). It goes like this: “By 2100 racism will no longer be a significant phenomenon in most countries of the world”. The author qualified his thinking thus:

This prediction simply puts a date to a trend that is well underway. Racism is a set of learned attitudes and behaviour, and as such it can be eliminated. There has been a great deal of movement toward the elimination of racism in the past century. Racism plays a much less significant role in access to employment, housing, education, in distribution of wealth, etc., than it did 100 years ago. Racist attitudes are no longer acceptable in any mainstream, political, social, religious, corporate, or other public figure.

At the time of this writing, Bet 115 goes unchallenged, but thirty or so comments posted by assorted visitors to the site provide us with an interesting repository of ordinary and extraordinary language definitions of race and racism. (A discussion of the boundary conditions of the prediction follows one on human nature, which in turns follows an exchange regarding the “semantics and scope”). Also interesting is that 68% of the registered users of Long Bets (N=249) have voted “against” the prediction, suggesting that the majority expects the global colour line to outlast the end of the twentieth first century, two hundred years after Du Bois wrote (voting has been “temporarily disabled” this fall).

So what would the recent philosophical and socio-historical research on the subject say about Bet 115?

The notion that this “prediction simply puts a date to a trend that is well underway” is a testament to the dramatic changes that have taken place since the middle years of the twentieth century and the growing mainstreaming of anti-racism or opposition to the ideas, institutions, and practices that degrade individuals and groups on the basis of their putative socio-biological differences. Though racism is today almost universally regarded as a major human wrong, the degradation of human beings on the basis of their “race” remains a pervasive social and political fact. For some critics, the mainstreaming of anti-racism has had a paradoxical effect of keeping certain forms of racism alive. Large-scale racial supremacy may no longer be possible, but there is no shortage of human denigration based on separate-but-equal differentiations that operate upon race and race-like categories. For this reason, a number of theorists of race have moved away from “old” racism and toward “new” racism phenomena such as “racism and its doubles” (Taguieff) “racism without racists” (Bonilla-Silva), “racism without races” (Balibar), and even “racism without racism” (Goldberg).

In important ways, the first problem of the colour line lies with the very category of “race.” This is why the normative and political reflection over the question “what do I want race to be?” has become a sine qua non of writing about race and racism. “Conservationists” maintain that racial categories should be conserved for the purposes of public policy analysis, social reform, and/or identity-based politics, while “eliminativists” (an umbrella term that unhelpfully unites liberal and postcolonial theorists, as well as some conservative and neo-conservative pundits) argue that anti-racism is contingent on the repudiation of “race” in the first place. Debates along the continuum marked by these two positions have become a distinguishing characteristic of contemporary race theory.

Race theory debates can be helpful in thinking about the end of racism, among other big questions. A recent paper penned by Daniel Kelly, Luc Faucher, and Edouard Machery (2010) and published in The Journal of Social Philosophy, entertains three “concrete” hypotheses:

Not unlike the author of Bet 115, Kelly et al define racism in a way that foregrounds its psychological aspects: “A mental state (an emotion, a belief, a motivation, and so on) or an action is racist if it is race-related and if it is morally problematic”. The ontology of race is of course much broader, but these three hypotheses are no worse than any other starting point for thinking about the conditions for “getting rid of racism”. (In some ways, it in fact behoves us to start with the psychological perspective on racism considering that IR theory has mostly ignored or downplayed the links between the “psy sciences” on the one hand, and the philosophies and theories of race on the other.) According to Kelly et al, various insights from the current empirical psychology (which covers everything from social psychology, which was once popular in IR, to the multidisciplinary study of evolved cognition) suggests that the dissemination hypothesis may be the weakest of the three, at least in the short run. Education aimed at demonstrating that race is an illusion in the biological sense may not actually help eliminate racism because of the pervasiveness and power of implicit biases, including the so-called “genetic essentialist biases”. In the words of Kelly et al: “Much of the cognitive machinery underlying racial thought is shot through with affect and emotion, and as a result people will be motivated to interpret scientific facts in a way that enable them to preserve racial opinions that are dear to them”.

Related is the issue of “prepared fears” and other core emotional responses (disgust, resentment, envy etc.) to the Other, some of which appear to be “encapsulated” or resistant to the otherwise consistent anti-racist beliefs expressed by the Self. Recent experiments have shown, for example, that people will take much longer to control negative emotional responses toward faces of racialised out-groups. As with genetic essentialist biases, racist emotions “might incline people to maintain some of their false racial stereotypes, and may very well motivate actions that are harmful to members of other races, even if those agents do not consciously intend that harm”. What this means for an overall anti-racist strategy, Kelly et al argue, is that education will be significantly more effective when combined and complemented by greater and “better” interracial interaction, as well as by the collectivisation of self-monitoring and self-control.

The idea that racism can be (and should be) subject to self-regulation implies that racial thought as such may never be eradicated. We can regulate the ways in which we racialise each other, but we cannot quite stop the racialisation processes in the first place. The corresponding colouring lesson is that the odds are against Bet 115 – racism is not likely to recede into social and political insignificance by the year 2100.

There is a colouring lesson for race theory as well. In addition to harmonizing with conservationist philosophies writ large, the idea of self-regulation appears to support the argument that race theorists ought to always use autoethnographic methods to examine their own racialised privileges/protections – or the lack thereof. A recent Review of International Studies forum usefully discusses the promise and pitfalls of these methods from an IR perspective (and so I’ve asked Elizabeth Dauphinee, one of the contributors to this collection, to specifically reflect on the ways in which racialisation can or cannot be self-regulated). That autoethnography is marginalized methodological perspective is not surprising: by placing the author’s own experiences, and reflections thereon, as the source of data in the analysis of a social context or culture, this research tool turns traditional social science empiricism on its head. In addition to shifting the notions of subjectivity and subjecthood, autoethnography also attempts to correct the representational bias of research by welcoming dramatic redefinitions of the dominant concepts and conceptual relationships conducted in a variety of forms, from brief vignettes to large memoirs laden with poetry and photos.

When it comes to race research, at least in the U.S. context, Alice Deck’s 1990 article is notable for reiterating an academic old saw that racialised minority authors (for the lack of a better term) studying their own groups tend to produce “better” autoethnographic stories about racialisation because they themselves have rich lived experience as objects of the said process. This argument, whatever its merits, leads us dialectically back to those interesting philosophical debates about the nature of distinctions between the personal and cultural/social, the oppressor and oppressed, and the native and outsider, including what Pierre Bourdieu and Loïc Wacquant once identified as the “social and intellectual conditions for genuine social scientific internationalism”.

3 thoughts on “Colouring Lessons: Bet 115 and the End of Racism”