This is the second of a three-part series on ‘what we talked about at ISA’. The first part on technology in International Relations can be found here. This section examines a particular effect of technology that has largely gone unacknowledged by IR. 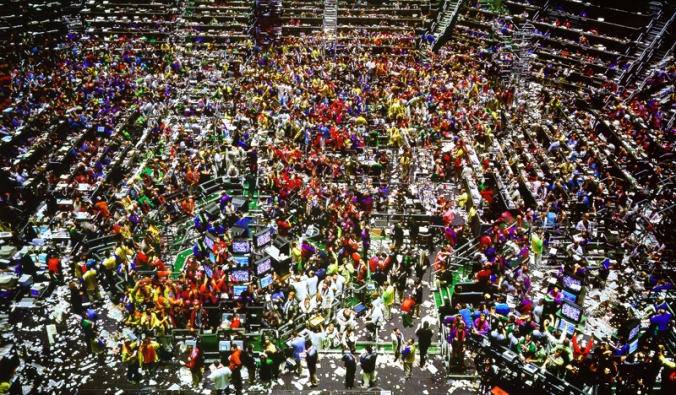 If the major crises of the modern world are symptomatic of anything today, it is the banality that our world is complex. Compared to previous periods of history our world is more interconnected (spreading crises further and less predictably), more dynamic (diffusing risks at a quicker pace), and more fragmented (with experts becoming specialized in solving local problems rather than systemic problems). This complexity involves a massive amount of elements, non-linear dynamics, unintended effects, and feedback loops. These features of complex systems strain the limits of the human mind’s finite and embodied capacities. The 2008 financial crisis, the ongoing climate change crisis, the 2010 Deepwater Horizon oil spill, the 2003 North American electrical blackout – all of these point to massively complex systems which already surpass human capacities to cognize. Moreover, if rational action is premised upon the capacity to represent the problems to be confronted, then the complex systems of today’s world are threatening to undermine the cognitive basis of political action.

The Problem of Cognitive Mapping

In the writings of Fredric Jameson we find perhaps the clearest articulation of the essential problem facing political actors today. According to him, we lack ‘cognitive mapping’ – the means to make our own world intelligible to ourselves through a situational understanding of our own position. Jameson draws upon the urban theorist, Kevin Lynch, who argues that in designing urban spaces one must take into account how people navigate their way around cities. In encountering a new city, the individual is left without any cognitive map of the space and is forced to develop one through habit. As Lynch argues, the urban designer can assist this process by strategically situating landmarks and other easily recognizable symbols in order to provide the grounds for the development of a cognitive map.

In Jameson’s work, this idea of cognitive mapping is taken up not as the individual’s relation to a city, but instead their relation to an entire social system. As he states, the function of cognitive mapping is “to enable a situational representation on the part of the individual subject to that vaster and properly unrepresentable totality which is the ensemble of society’s structures as a whole.” In charting through a loose set of historical periods from national to imperialist to globalized capitalism, Jameson argues that at one time the nature of capitalism was such that one could potentially establish a correspondence between our local phenomenological experiences and the economic structure that determined it. We could, in other words, establish a cognitive map of our economic space, thereby making intelligible the world around us. With the rise of globalization, however, Jameson claims that this is no longer the case. We can no longer simply extrapolate from our local experience and develop a map of the global economic system. There is a deficiency of cognitive mapping, or rather there is an essential gap between our local phenomenology and the structural conditions which determine it.

This separation between experience and the system within which we operate results in increased alienation – we feel adrift in a world we don’t understand. In this regard, Jameson notes that the proliferation of conspiracy theories is partly a cultural response to this situation – with conspiracy theories acting to narrow down the agency behind our world to a single figure of power (whether it be the Bilderberg Group, Freemasons, or some other convenient scapegoat). Despite the extraordinary complexity of some conspiracy theories, they nevertheless provide a reassuringly simple answer to ‘who is behind it all’. They, in other words, act precisely as a cognitive map.

Similarly, the extrapolation of everyday experiences to model global problems demonstrates both the necessity of cognitive maps and the distortions that limited maps introduce. The use of the household metaphor to understand national economies is particularly prevalent today – government debt is equated with household debt and the former denounced on the basis of the comparison. In the process, the unique complexities of government debt are effaced. In other cases, the problem of African underdevelopment becomes embodied in the figure of a starving child, acting as a synecdoche for the complex structural problems that maintain states of poverty. The act of ‘giving’ becomes a meaningful gesture, without ever encroaching upon a resolution of the systemic problems. The issue of cognitive mapping is crucial for political action, precisely because our actions are shaped (if not determined) by the representations we first construct of complex systems.

The solution to this situation is strikingly simple. The main thesis of my ISA paper is that it is technology which has allowed humans to extend their cognitive and practical capacities in such a way that complex global systems become intelligible.[1] Through the development, diffusion and use of various technologies, human actors have come to create novel cognitive maps of today’s world. In particular, sociotechnical systems have been constructed as filters and constructs which make the ‘global’ visible as such. Computer simulations generate representations of a global climate; specialized software produces visible diagrams of global finance; automated monitoring systems filter complex electrical grids into manageable presentations. It is through technology that humans are enriching their world and coming to terms with complexity.

In the final part of this series, crisis mapping software will be examined as one of the many ways in which technology is materially constructing world politics today.

6 thoughts on “What We Talked About At ISA: The Decline of Cognitive Mapping (Part II)”